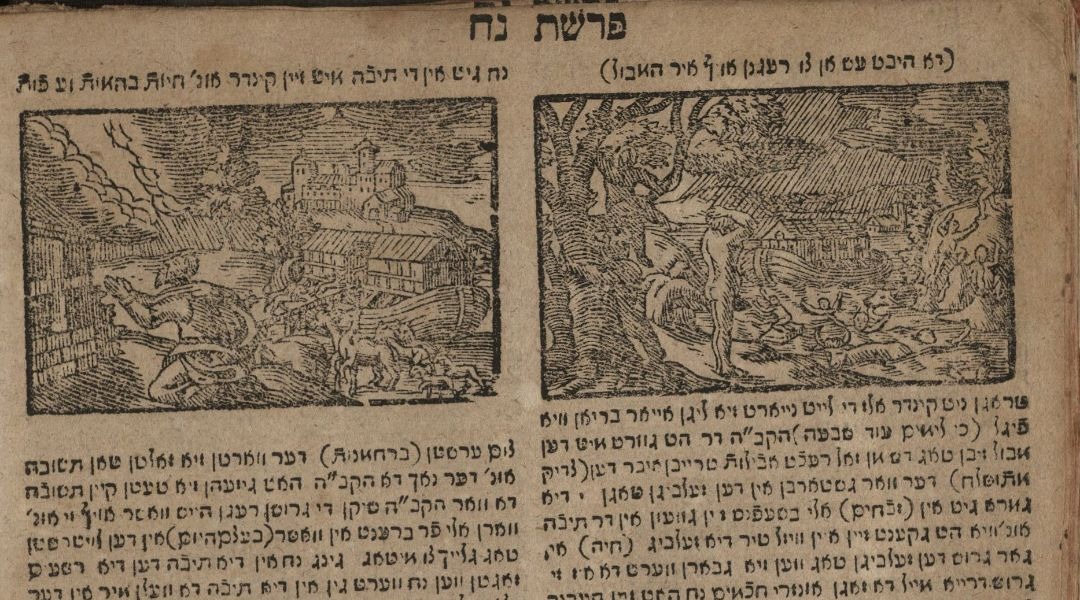 Close-up of a woodcut from Parshat Noah from the Tzena Urena, a Yiddish translation and adaptation of the Torah from an edition printed in 1785 in Germany. It is one of the 120,000 books from the collection of the National Library of Israel that is being digitized and put online as part of the Google Books project. (Courtesy of National Library of Israel)
Advertisement

JERUSALEM (JTA) — Some 120,000 books from the collection of the National Library of Israel will go online in a collaboration between the library and Google.

The digitation process, which is expected to take about two years, is underway, the library said in a statement, which calls the process “complex.”

The books must be shipped in containers meeting strict climate-control and security requirements from the library located in Jerusalem to the Google digitization center in Germany.

The collection includes the library’s out-of-copyright books that have not yet been digitized.

About 45 percent are in Hebrew, Yiddish and Ladino, with the rest in languages including Latin, English, German, French, Arabic and Russian.

The collaboration is part of the Google Books project, which includes over 40 million books from over 70 major libraries in the United States, Europe and Japan, as well as from thousands of publishers. It includes books in over 400 languages, including Hebrew.

“We are very happy to be working with Google in fulfilling our mission to open access to the treasures of Jewish, Israeli and universal culture for diverse audiences across the globe,” Yaron Deutscher, head of Digital Access for the National Library, said in a statement. “More specifically, it is a significant contribution to our work opening digital access to all books published in the first 450 years of Hebrew printing.”