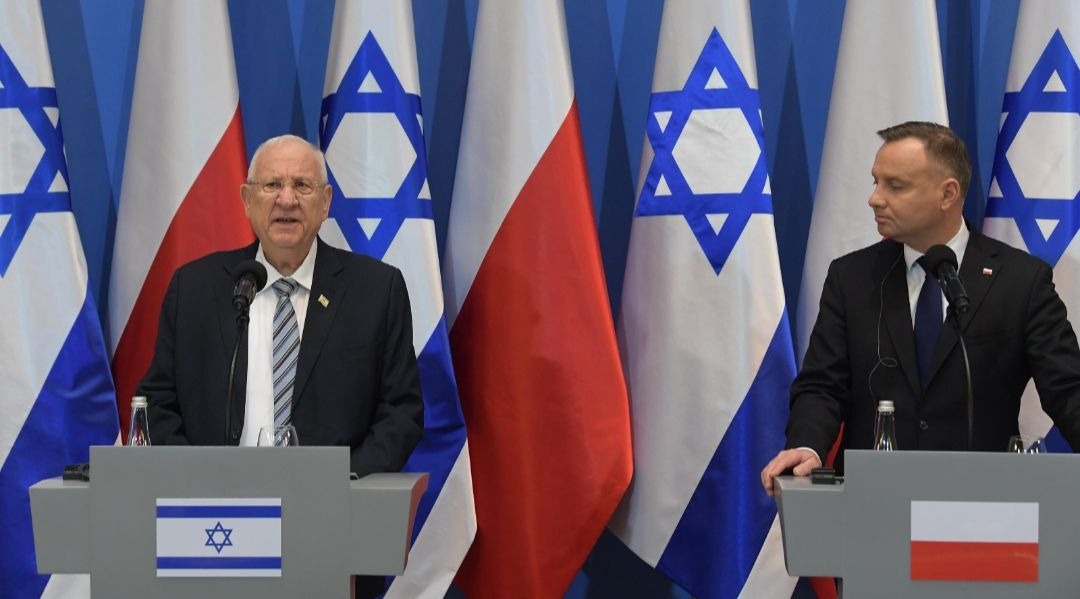 JERUSALEM (JTA) — Israeli President Reuven Rivlin said in Poland that during the Holocaust, “many Poles stood by and even assisted in the murder of Jews.”

Rivlin was in Poland on Monday for ceremonies marking 75 years since the liberation of Auschwitz. He held a working meeting with his Polish counterpart, Andrzej Duda.

Duda declined to attend the International Holocaust Forum at Yad Vashem in Jerusalem last week after he was not invited to speak at the event’s main ceremony.

During their meeting, Rivlin thanked Duda for his commitment to fight anti-Semitism, and said he hoped their participation at the Auschwitz ceremony would build bridges between Poles and Israelis, according to a statement from his office.

“We will forever sanctify the courage of the Righteous Among the Nations, including thousands of Poles, who risked their lives to save Jews,” Rivlin said following the meeting with Duda. “But we will also remember and remind that these noble people were too few, weaker than Nazi Germany who made Poland the largest site of extermination of Jews. Poland, the place where the Jewish people flourished for centuries, became its biggest cemetery. We remember that during the war the Polish people fought with courage and strength against Nazi Germany. But we also remember that many Poles stood by and even assisted in the murder of Jews.”

Duda said of skipping the International Holocaust Forum in Jerusalem that “Polish participation in the epic fight against the Nazis was ignored,” and so he could not take part.

In 2018, Poland’s parliament passed a law stating that it is illegal to blame the Polish nation for Nazi crimes, leading to a crisis in Israeli-Polish relations.