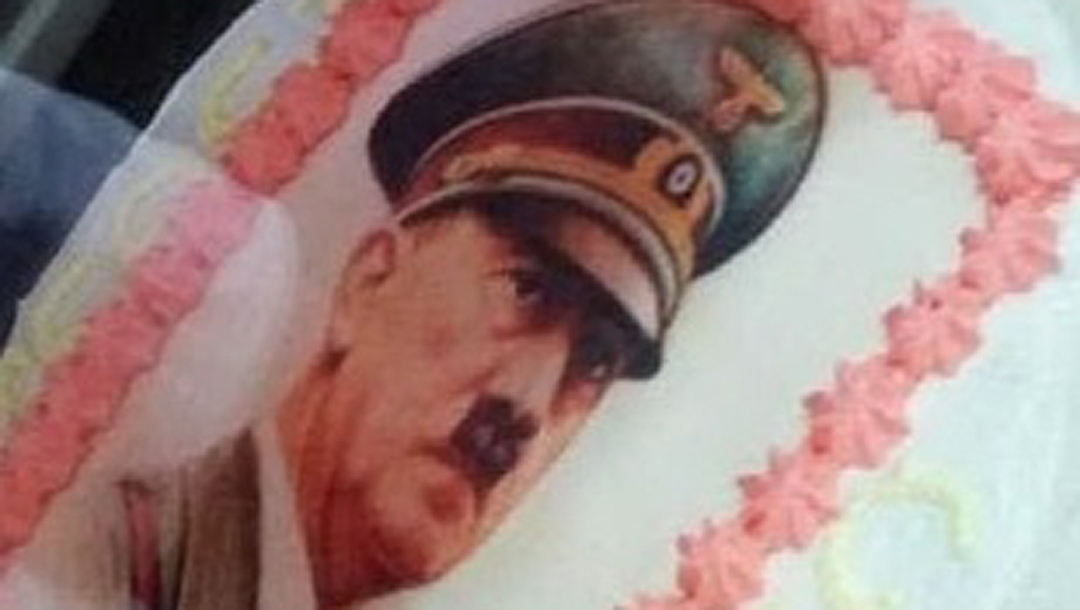 A portrait of Adolf Hitler on a birthday cake in Italy, Jan. 27, 2019. (Simon Wiesenthal Center)
Advertisement

(JTA) — The parents of a 15-year-old boy in Bologna, Italy, gave him two cakes featuring portraits of Adolf Hitler and jokes about ovens for a party they held on International Holocaust Remembrance Day.

A bakery that specializes in printing on pastry provided the cakes, including one that read “Hello darling? Turn up the oven, I am coming home!” The other said “Let’s go … Today, we’ll have an a gas of an evening!” according to a report Tuesday in Corriere di Bologna. The private party took place on Jan. 27, according to the report, but did not say where. It said the boy’s entire class was present.

Contacted by the Italian daily, the parents, who were not named, told the reporter that the teen wanted the cakes and “it was a childish joke.” Some of his classmates objected, took pictures of the cakes and posted them online, leading to the newspaper report. The article did not name the bakery that supplied the cakes.

Shimon Samuels, the Simon Wiesenthal Center’s director for international relations, wrote to the Italian National Partisans Association to complain and express his “horror” at the display.

In his letter Thursday, Samuels urged the association to “investigate and seek appropriate measures against the parents and the pastry cook, who indeed offended the anti-Nazi resistance and the victims of the Holocaust.”