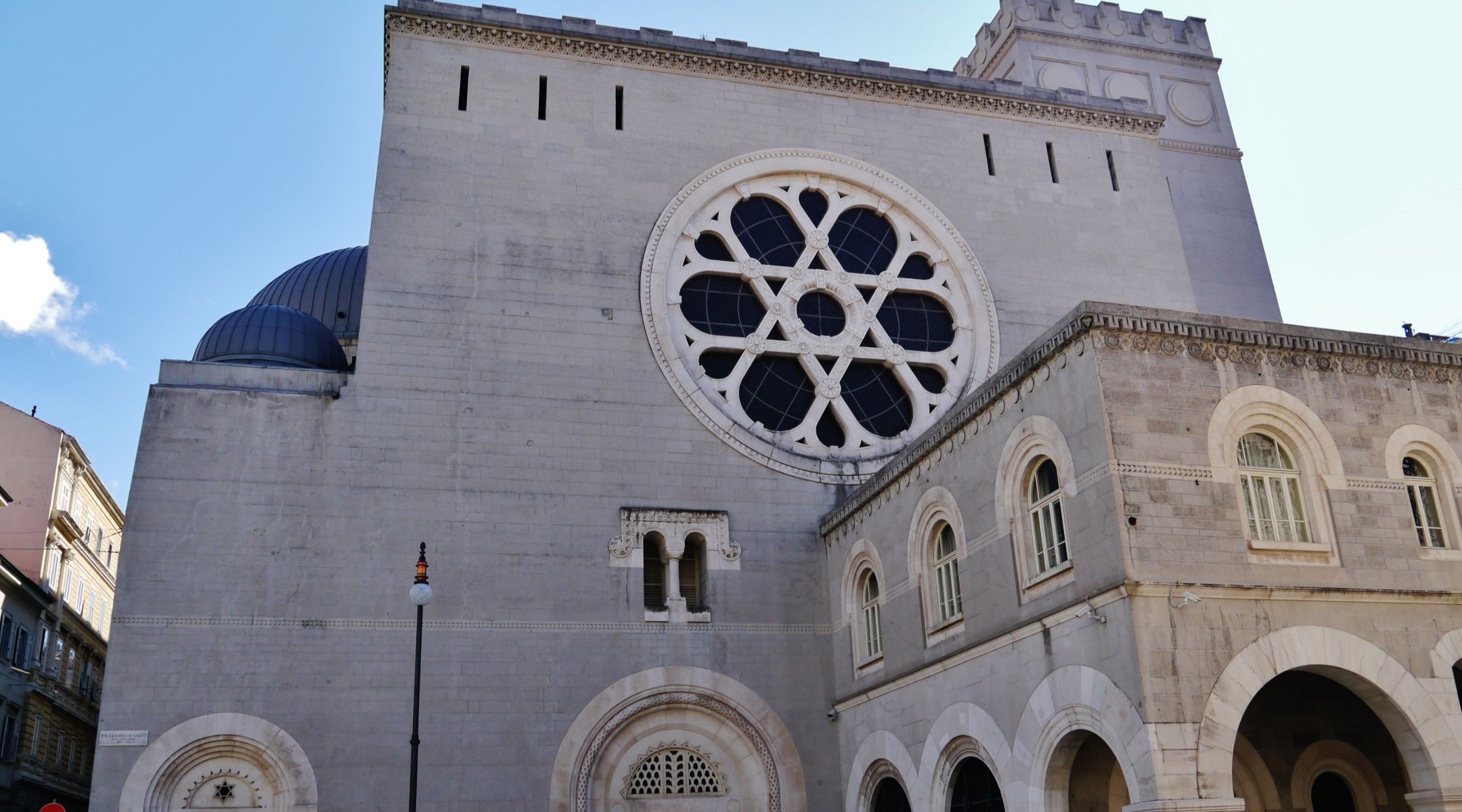 (JTA) – Police in the northeast Italian city of Trieste analyzed security videos to identify and arrest a man suspected of vandalizing the city’s synagogue twice in the past few months.

The suspect was accused of breaking two windows “for the purposes of ethnic-religious hatred,” police said.

A statement issued this week said careful analysis of the video enabled police to identify the suspect, an unemployed Italian man around 30 years old who was already “known to the police.”They said he punched out exterior windows at the synagogue on Oct. 24, 2019, and Jan. 3.

Trieste Police posted security videos on its Facebook page showing the man walking back and forth in front of the synagogue and jumping up on its wall. He also turns to the camera, makes the sign of the cross and mimics shooting a pistol.

The police announcement said the man, whose name was not released, confessed to the vandalism, saying it had a “mystical-religious meaning.” Local media reported that when police detained the man, he shouted anti-Semitic invective at them, including “I would kill all Jews — If you were Jews and we were at war, I would kill you both.”