Ivanka Trump is concerned about a rise in anti-Semitism 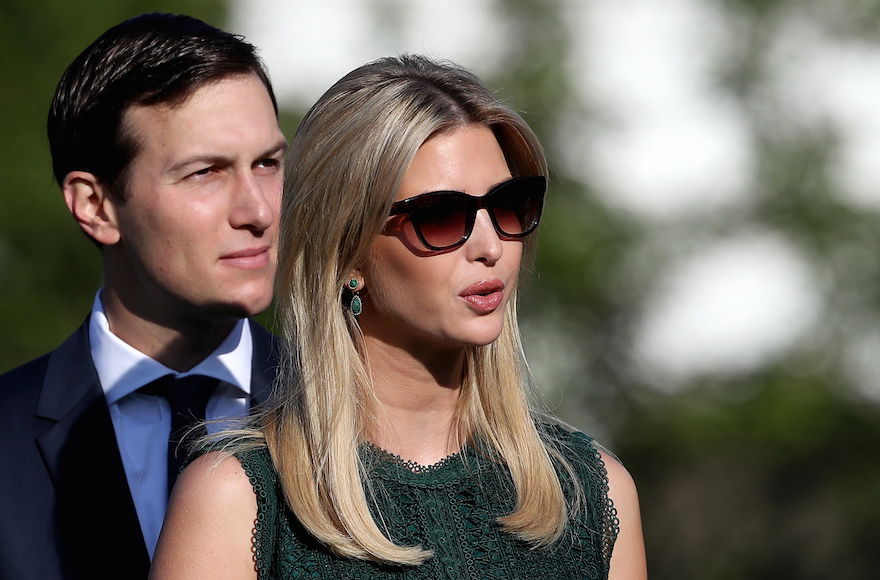 (JTA) — Ivanka Trump said that she is concerned about a “rise in anti-Semitism.”

Trump, the Jewish daughter of President Donald Trump, also told The Associated Press during her visit to Africa that there now is “less support for Israel than Israel has traditionally experienced.”

Trump converted to Judaism before her marriage to Jared Kushner in 2009. Both Trump and Kushner currently serve as White House senior advisers.

Asked if she agreed with the president’s statements that the Democratic Party has become “anti-Jewish,” she replied that “I never make categorical statements, but certainly there are some who have said things that are not supportive of the State of Israel.”

Trump acknowledged that her work at the White House takes a “tremendous toll” on her family life and her three young children.

She told AP that her father recently asked her if she was interested in becoming head of the World Bank, but that she declined in favor of her current job.

Trump concluded a four-day trip to Ethiopia and Ivory Coast on Wednesday.