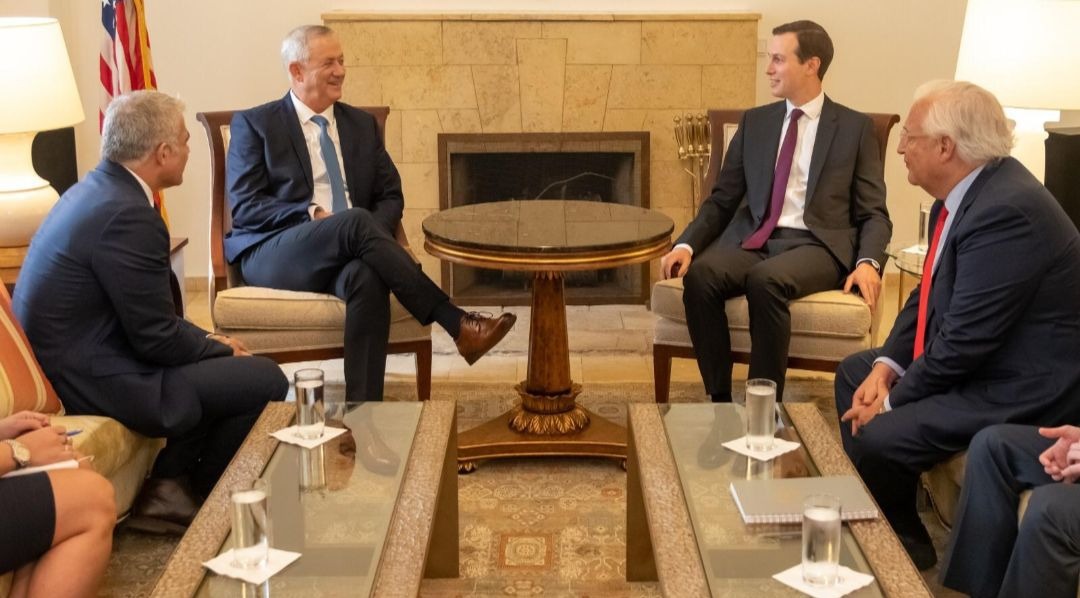 Gantz, who is trying to form a coalition government, and his party’s No. 2, Yair Lapid, attended the meeting at the U.S. Embassy on Monday. U.S. Ambassador to Israel David Friedman also attended along with special envoy Brian Hook, along with the deputy assistant to the president, Avi Berkowitz, who will be taking over for peace negotiator Jason Greenblatt when he leaves at the end of the month.

The U.S. officials and Blue and White leaders discussed “the strong relationship and unbreakable alliance between the United States and Israel, and the ongoing developments in the Middle East,” the U.S. Embassy said in a statement. It was the first meeting between Blue and White’s leadership and senior U.S. officials.

Haaretz reported that Kushner is focusing on the Trump administration’s Israeli-Palestinian peace plan, whose rollout has been delayed over the inability by Israel to form a government.

Kushner and the rest of the U.S. officials were in Israel as part of a delegation led by U.S. Treasury Secretary Steven Mnuchin that is on a five-country tour of the Middle East and India.