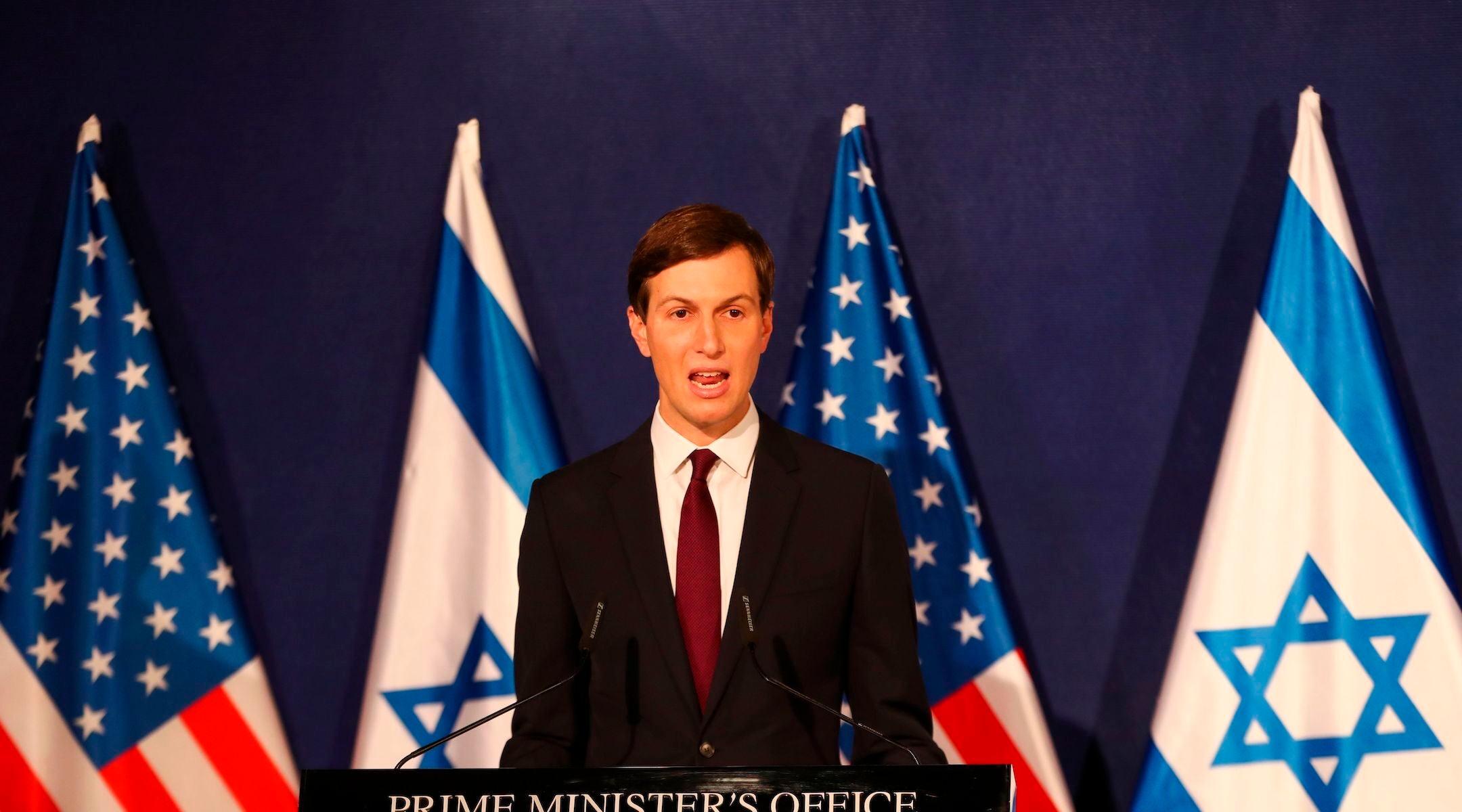 (JTA) — Jared Kushner’s family real estate business wants to raise at least $100 million in capital through Israel’s bond market, according to papers filed near the end of his tenure as President Donald Trump’s main Israel and Middle East adviser.

The Wall Street Journal, which reported the news first on Tuesday, said Kushner Cos. would sell the bonds on the Tel Aviv Stock Exchange.

“The company has had years of success working with Israeli institutions as both a borrower and a partner,” a company spokesman was quoted as saying in the Journal.

During his four years as a senior adviser to Trump, his father-in-law, and a leader of the administration’s Middle East policy team, Kushner has been accused of using his political position for his company’s financial gain through multiple loans that Kushner Cos. or close business allies have received through government lenders.

Kushner Cos., which the Journal reported owns billions of dollars worth of U.S. properties — apartments, office buildings and commercial — has carried over $1 billion in debt for years.

Although Kushner sold the majority of his stake in the company to family members at the beginning of Trump’s term, some commentators insist that conflicts of interest have persisted. He has also been accused of wielding his foreign policy power to influence his company’s position.

The timing of the Israel bonds move could give Kushner’s critics more ammunition, the Journal and Bloomberg report. Kushner has helped spearhead a series of moves that have been applauded by the conservative pro-Israel community, including moving the U.S. Embassy to Jerusalem from Tel Aviv and recognizing Israeli sovereignty in disputed areas such as the Golan Heights. Kushner also has close ties to Israel’s prime minister, Benjamin Netanyahu.

Bloomberg pointed out Kushner was in Israel a week ago on a diplomatic mission.

Kushner Cos. was founded by Jared’s father, Charles, who was convicted of fraud, tax evasion and witness tampering in a 2004 case that involved paying a prostitute to seduce his brother. He was pardoned by Trump last week.