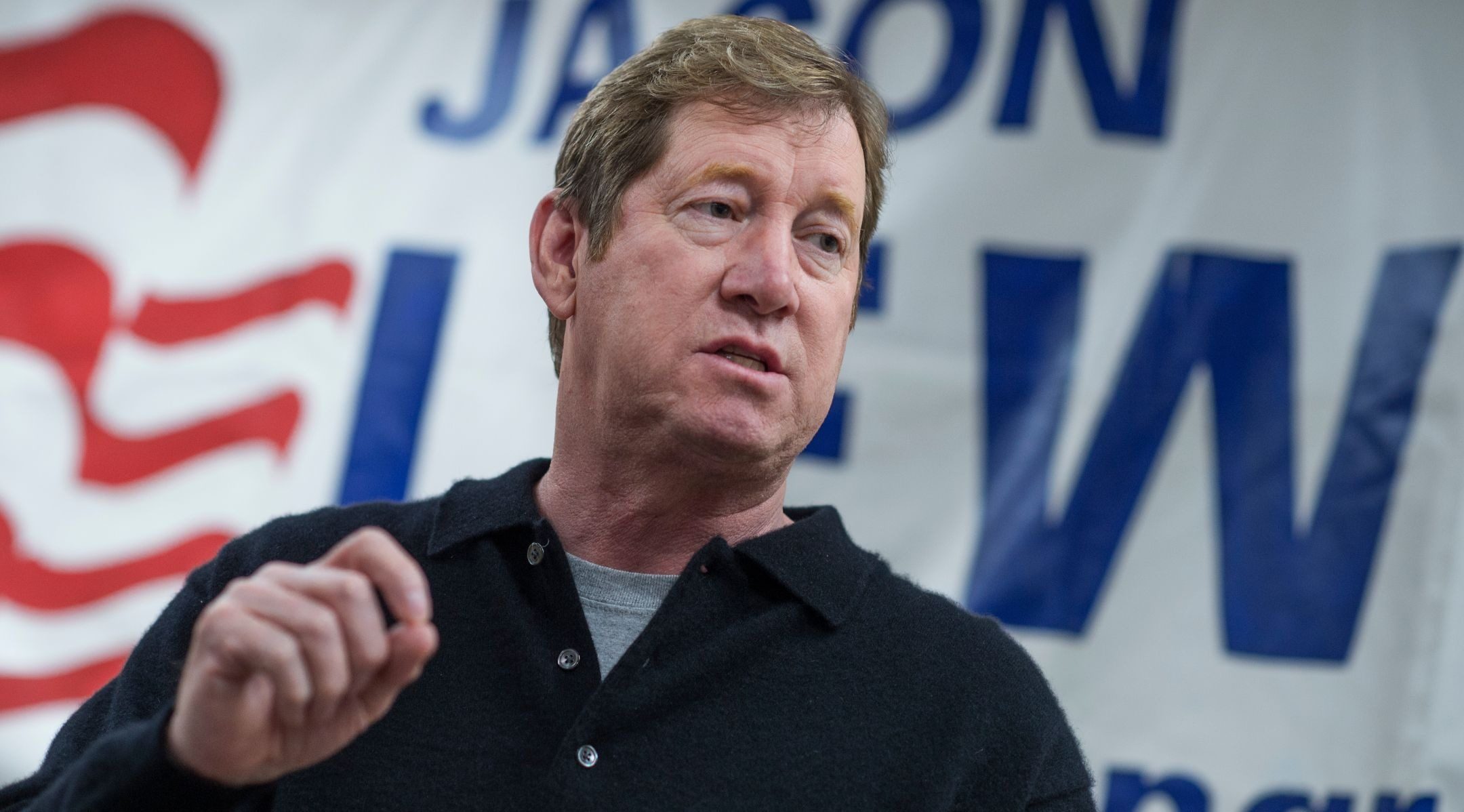 (JTA) — A Republican candidate for the U.S. Senate in Minnesota once accused Republicans of “dual loyalties to Israel” and said the “Israeli lobby” controls the party.

Jason Lewis made the remarks on his nationally syndicated radio show that ran from 2009 to 2014.

Lewis, who was unseated in the November elections after one term in Congress, announced his candidacy for the Senate on Thursday. If he wins what likely will be a crowded primary, he will face Democratic incumbent Sen. Tina Smith, who won the special election in 2018 to finish the term of Al Franken. The one-time “Saturday Night Live” performer and writer resigned following allegations of sexual impropriety.

Also on his conservative show, Lewis said that many in the Republican Party viewed Israel as the “51st state” and discussed the “very strong American Jewish lobby,” CNN reported.

“You’ve got a number of dual citizens, by the way, citizens of Israel and citizens of the United States serving in government,” Lewis said. “In any other country that might be seen as a problem, but it’s not here because of that special relationship.”

Lewis told CNN that the focus of his past commentary is “a “worn-out playbook of attacking my 25-year career as a political commentator — which naturally meant asking rhetorical questions, challenging audiences, playing devil’s advocate and seeing both sides of every issue.”

He said he supported the U.S.-Israel relationship during his one term in Congress and also criticized freshman Rep. Ilhan Omar, D-Minn., saying she has “genuinely anti-Israel views” that also include dual loyalty charges. Lewis said Omar also pushes the anti-Semitic canard that Jews have money that they use to increase their political influence.