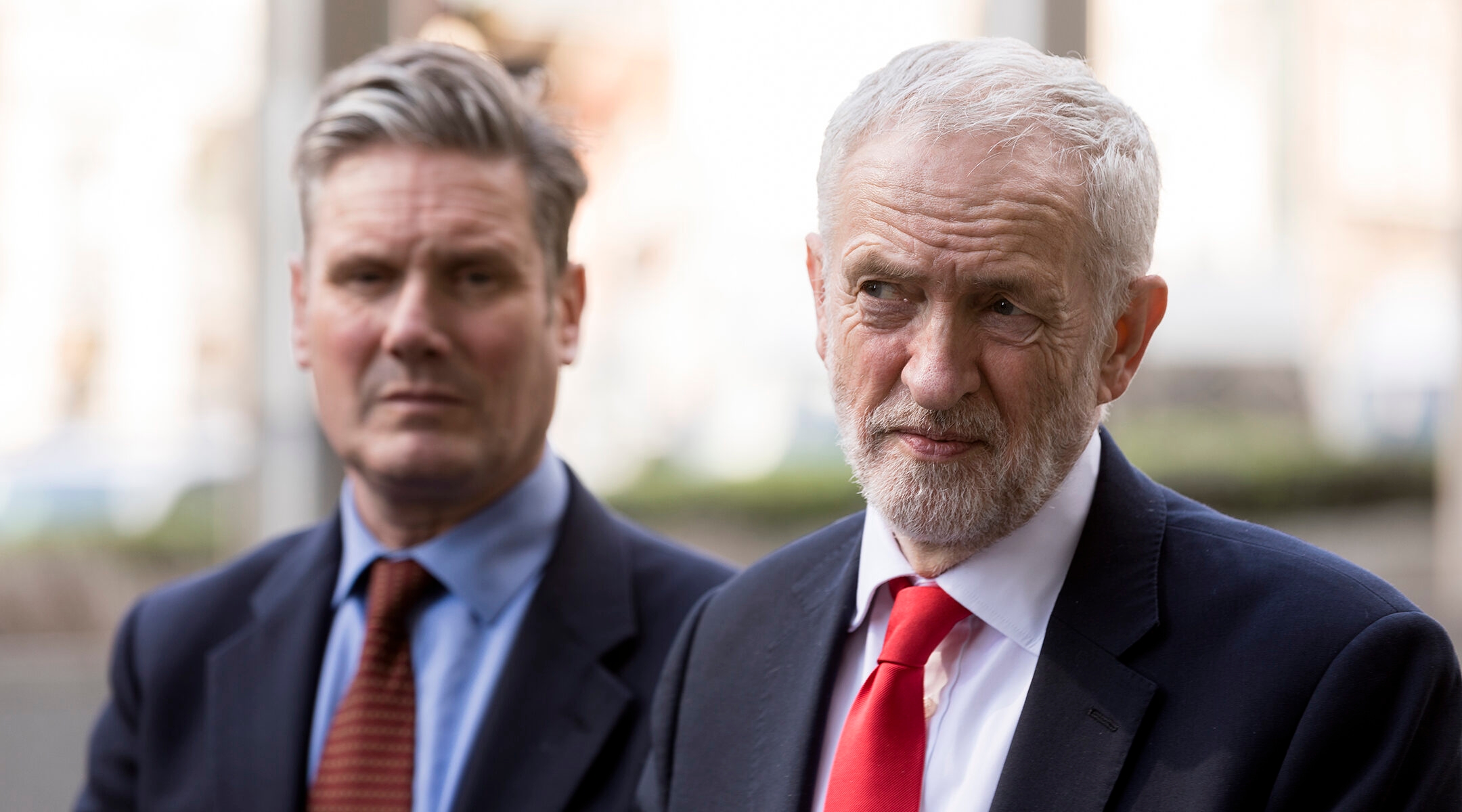 (JTA) — Jeremy Corbyn, the former leader of Britain’s Labour Party, said Tuesday that he didn’t mean to downplay the problem of anti-Semitism when he called its scale “dramatically overstated for political reasons.”

That didn’t sway the British Jewish community, which called his statement a “pathetic non-apology.”

Corbyn made the statement three weeks after his successor, Keir Starmer, suspended him from the party for Corbyn’s remarks on a report on anti-Semitism within Labour’s ranks by the Equality and Human Rights Commission, the British government’s watchdog on racism.

“To be clear, concerns about antisemitism are neither ‘exaggerated’ nor ‘overstated,'” Corbyn wrote on Facebook. “The point I wished to make was that the vast majority of Labour Party members were and remain committed anti-racists deeply opposed to antisemitism. I fully support Keir Starmer’s decision to accept all the EHRC recommendations in full. I regret the pain this issue has caused the Jewish community.”

The commission’s report, its first about a mainstream political party, said that under Corbyn, Labour was “committing unlawful harassment through the acts of its agents” against Jews.

The president of Britain’s Jewish umbrella group responded to the Corbyn statement.

“The Jewish community does not accept this pathetic non-apology from Jeremy Corbyn,” Marie van der Zyl of the Board of Deputies of British Jews said in a statement.

Corbyn, a far-left politician who has called Hezbollah and Hamas his “friends,” had reacted to the government report by saying that “One antisemite is one too many, but the scale of the problem was also dramatically overstated for political reasons by our opponents inside and outside the party, as well as by much of the media.”