Jeremy Corbyn admits his Labour Party has an anti-Semitism problem 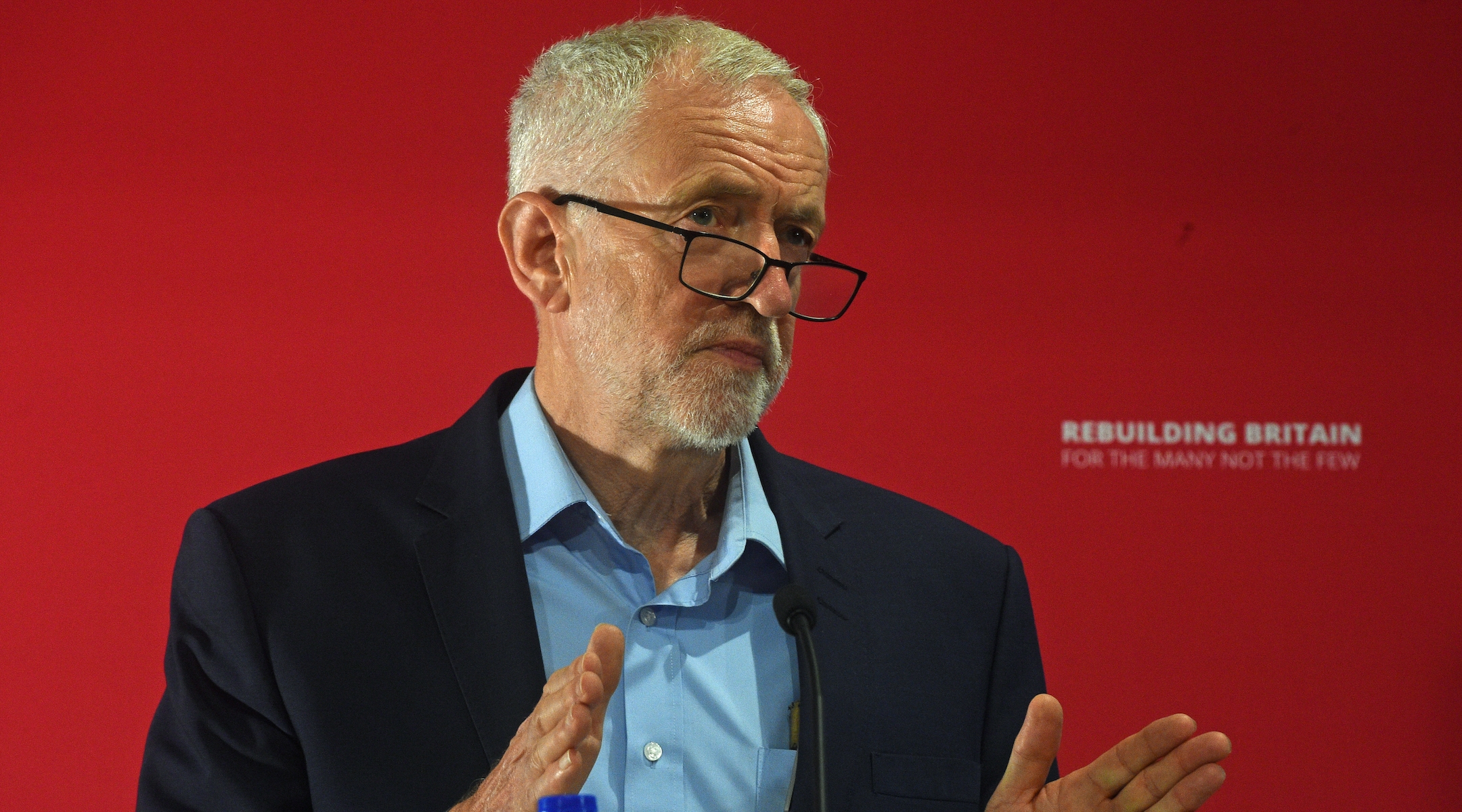 (JTA) — Jeremy Corbyn said his Labour Party must recognize that anti-Jewish bigotry has become part of the movement and drive out anti-Semitism.

“The evidence is clear enough. The worst cases of anti-Semitism in our party have included Holocaust denial, crude Jewish-banker stereotypes, conspiracy theories blaming Israel for 9/11 or every war on the Rothschild family, and even one member who appeared to believe that Hitler had been misunderstood,” Corbyn said in an email to party members announcing the launch of an educational website on anti-Semitism.

Corbyn said in the email that “the party will produce educational materials on a number of specific forms of racism and bigotry. Our first materials are on anti-Semitism, recognizing that anti-Jewish bigotry has reared its head in our movement. Hatred towards Jewish people is rising in many parts of the world. Our party is not immune from that poison – and we must drive it out from our movement.”

Many British Jews believe Corbyn, who has long associated with Palestinian radicals and in at least one case a Holocaust denier, is anti-Semitic and that he is responsible for a hostile environment in a party that for over a century was a natural home for Jews.

Labour, which has seen more than a dozen lawmakers resign under Corbyn, is facing an official probe by the government’s Equality and Human Rights Commission over its handling of anti-Semitism complaints.