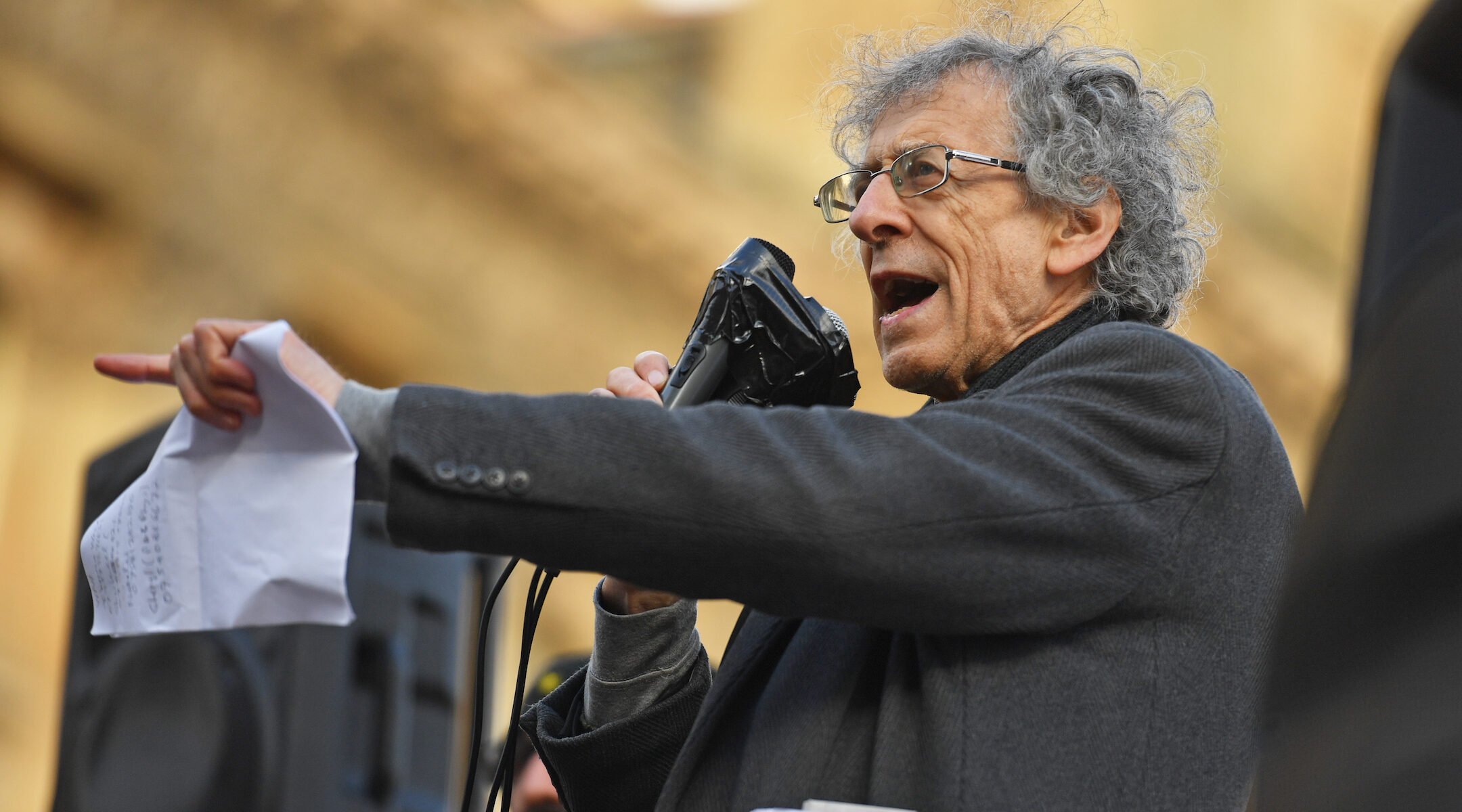 (JTA) — London police have detained the older brother of former Labour Party leader Jeremy Corbyn in connection with a flyer that draws parallels between Britain’s COVID-19 response and the Holocaust.

A 37-year-old man was arrested Tuesday in Bow, a village located 180 miles southwest of London, in connection with same flyer.

“Both men were taken to a south London police station. They have since been bailed to return on a date in early March,” a police spokesperson told the Chronicle.

The flyers show the entrance to the death camp with the words “Vaccines are safe path to freedom.”

Contacted by the Jewish paper, Piers Corbyn said that the flyer’s main focus was COVID-19, not the Jewish genocide, and rejected any attempt to accuse him of anti-Semitism. He noted that he had been married for 22 years to a Jewish woman.

Both Corbyns, who have a history of promoting far-left causes, have been accused of anti-Semitism.

In 2016, Piers Corbyn dismissed those allegations as “absurd,” adding that “Zionists can’t cope with anyone supporting rights for Palestine.”