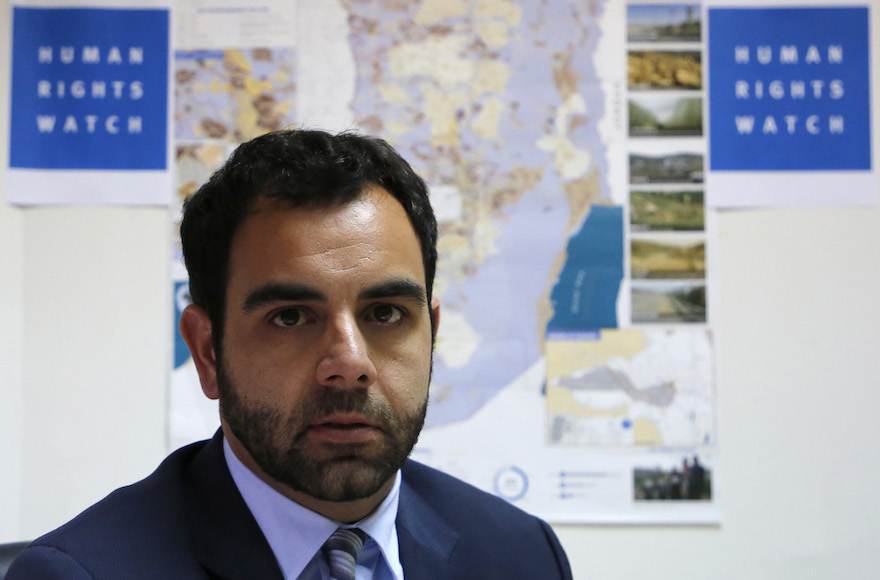 JERUSALEM (JTA) — The director of Human Rights Watch  in Israel must leave the country by May 1 after losing his appeal against deportation.

The Jerusalem District Court ruled Tuesday that Omar Shakir, the agency’s Israel and Palestine director, supported the boycott of Israel and of Israeli settlements in the West Bank. A 2017 law bans from Israel those who publicly call for boycotts of the country.

Shakir’s appeal was the first legal challenge to the law.

Human Rights Watch said that neither it nor Shakir as its representative has promoted boycotts of Israel.

The Interior Ministry had compiled a seven-page dossier to support its deportation order against Shakir. Much of the dossier covers a time period before Shakir assumed his position at Human Rights Watch, including much of his time at Stanford University.

When Shakir, a California native, was appointed to his position in February 2017, he was denied both a work visa and a tourist visa. He was allowed entry to Israel a month later — on the same day the Knesset passed the law banning entry to foreigners who publicly call for boycotting the Jewish state or its settlements. The following month he was granted a work visa.

Last May, the ministry denied Shakir a new work visa and ordered him to leave the country. The Jerusalem District Court issued an interim injunction ordering the Interior Ministry to allow Shakir to remain in the country until the end of legal proceedings.