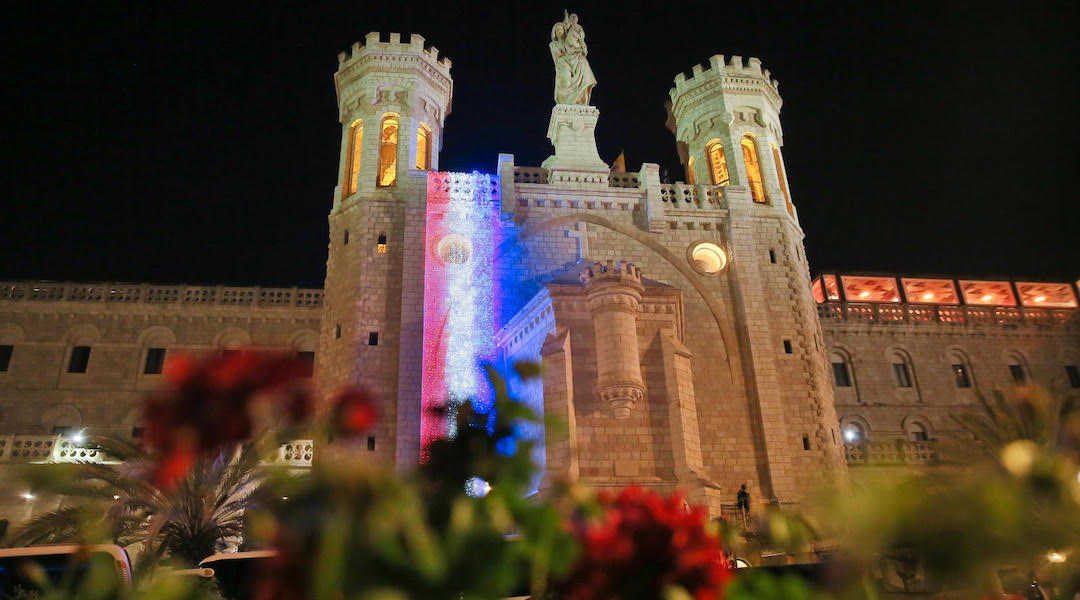 Jerusalem lit up its Notre Dame with the colors of the French flag in solidarity with the burned cathedral in Paris, April 18, 2019. (Arnon Bosani)
Advertisement

(JTA) — Jerusalem projected the colors of the French flag onto its Notre Dame compound in solidarity with the burned cathedral in Paris.

The Israeli capital’s mayor, Moshe Lion, extended sympathy to Paris, which saw significant portions of the landmark church destroyed this week in a fire. Paris prosecutors say the blaze was likely an accident.

Lion announced Thursday that the Jerusalem municipality would project the French colors onto the building for 24 hours.

Jerusalem’s Notre Dame, located just outside the Old City, is owned by the Vatican and serves as a guesthouse and pilgrim center.

“The city of Jerusalem and its residents are saddened by the difficult events that took place at the Notre Dame Cathedral in Paris,” Lion said Thursday in a statement. “We extend our sympathies, and are sending a warm embrace to the French people from our capital, Jerusalem.”