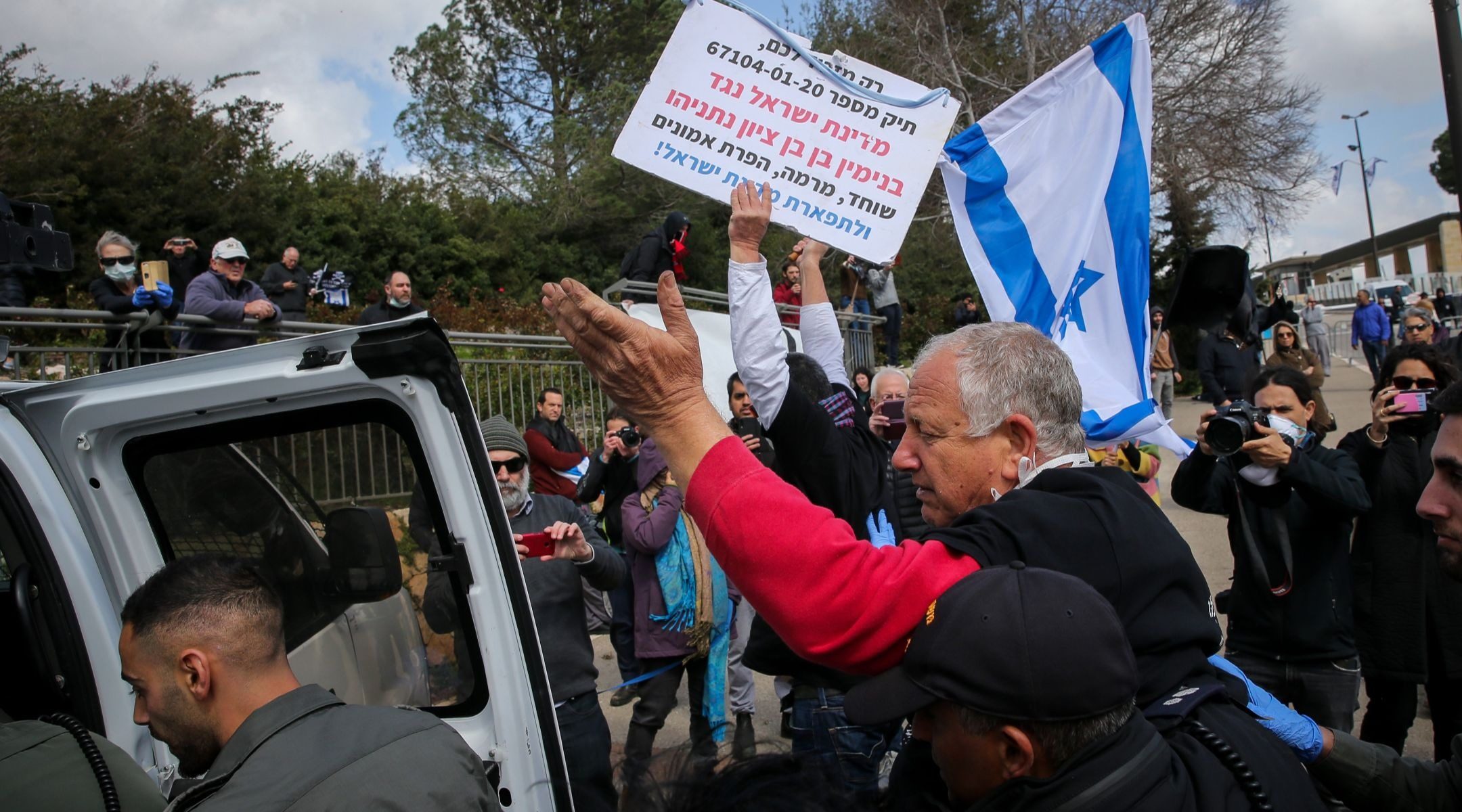 Protesters scuffle with police during a protest outside the Knesset building in Jerusalem against the decision to close the Knesset by Speaker Yuli Edelstein, March 19, 2019. (Yonatan Sindel/Flash90)
Advertisement

JERUSALEM (JTA) — Police stopped a convoy of over 100 cars filled with protesters of the Knesset shutdown on Thursday afternoon as it headed toward Jerusalem.

Dozens of protesters later demonstrated in front of the Knesset building in the capital against what critics have called a breach of democracy. At least five were arrested.

Most of the cars were bearing black flags as they drove on the main Tel Aviv-Jerusalem highway before they were halted outside of Jerusalem. Some were later allowed to head toward the Knesset.

Police officers told the protesters that the gatherings were illegal. They also took the protesters to task for having as may as five people in a car when current Health Ministry directives due to the coronavirus say that no more than two people should ride together.

“We expect the public to abide by the law, to behave in a responsible manner and follow the directives issued by the Health Ministry,” the Israel Police said in a statement. “In a time of national emergency, the police are at the forefront of carrying out operational activity, while risking our officers on the ground in order to enforce quarantine orders and restrictions on public gatherings.”

In addition to protesting against the closure of the Knesset by Speaker Yuli Edelstein, preventing the formation of key committees, the demonstrators were rejecting what they deem anti-democratic measures, like the decision to track the movements of coronavirus patients through their cellphones.

“The closure of the courts, the entrenchment of the Knesset speaker in his post, paralysis of the Knesset committees and the start of spying on civilians without supervision are no longer warning signs,” protest organizers said in a statement, Ynet reported. “This is an attempt to destroy Israeli democracy. Attempts to eradicate democracy will not succeed, the State of Israel belongs to its citizens, not to a dictator in the making.”