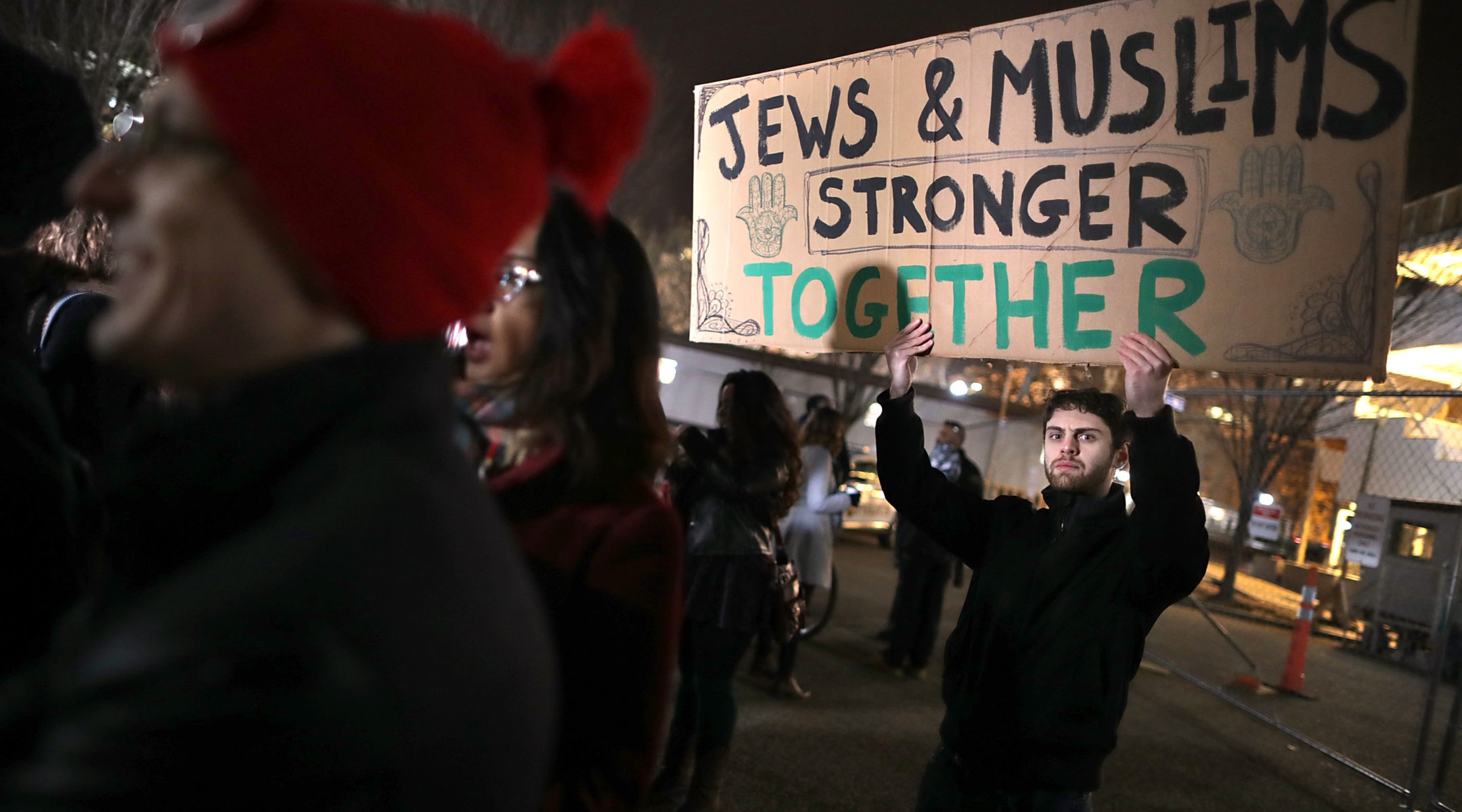 NEW YORK (JTA) — A majority of Jewish Americans have positive feelings about Muslims – and the feelings are mutual — according to a survey released Wednesday.

The 2019 American Muslim Poll, conducted in January, found that 53 percent of Jewish Americans reported having positive views of Muslims — the highest of any non-Muslim faith group surveyed — compared to 13 percent with negative views. The same percentage of Jews reported that a candidate’s endorsement of a Muslim ban would decrease their support for that individual.

Likewise, 45 percent of the Muslim-American respondents had favorable views of Jews, while just 10 percent reported having negative views. The remaining respondents were neutral.

Personally knowing a Muslim may contribute to the positive sentiments: 76 percent of Jewish-American respondents said they knew a Muslim, compared to 54 percent of the general public, and 45 percent of the Jews said they are close enough with a Muslim that they would call them if they needed help.

Among white evangelicals, as many as 44 percent held unfavorable opinions about Muslims, more than double those with favorable views, 20 percent.

The poll was commissioned by the Institute for Social Policy and Understanding, a research and advocacy organization for Muslim Americans. Among the 2,376 respondents were 804 who identified as Muslim and 360 as Jewish.