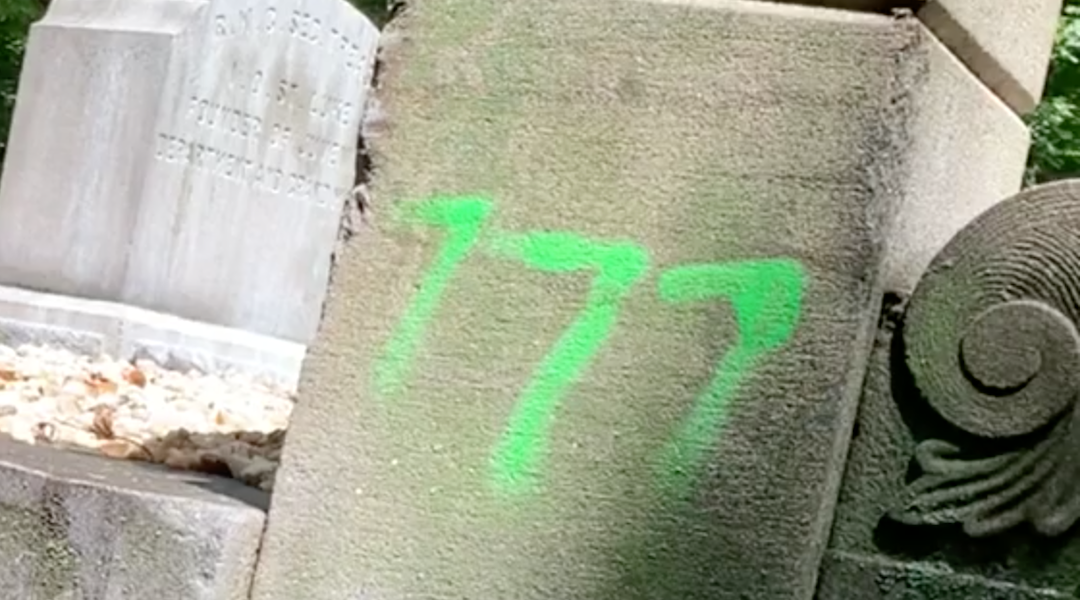 (JTA) — Two historic cemeteries in Virginia, one Jewish and one African-American, were vandalized with graffiti featuring “777,” shorthand for the triskele hate symbol.

The vandalism was discovered Monday at Richmond’s Evergreen Cemetery and at the Sir Moses Montefiore Cemetery in Henrico County on the border with Richmond, the Richmond Times-Dispatch reported.

The triskele, or triskelion, looks like three interlocking sevens and was one of many ancient European symbols appropriated by the Nazis and later by white supremacist groups, according to the Anti-Defamation League.

The “777” stand-in for the symbol was spray-painted throughout the Montefiore Cemetery, which was founded in 1886 and is the burial place of many Jewish immigrants from the former Russian Empire, according to the Times-Dispatch. Evergreen Cemetery houses multiple African American leaders “from the post-Reconstruction and civil rights eras,” including Maggie Walker, the first African American woman to charter a bank in the United States.

“These acts of hate degrade and denigrate our way of life. They are designed to stoke fear in the hearts of both Jewish and Black communities. We stand together with our Black neighbors in proclaiming that these cowardly acts have not, and will not break us,” the Jewish Community Federation of Richmond said in a statement posted on Facebook.