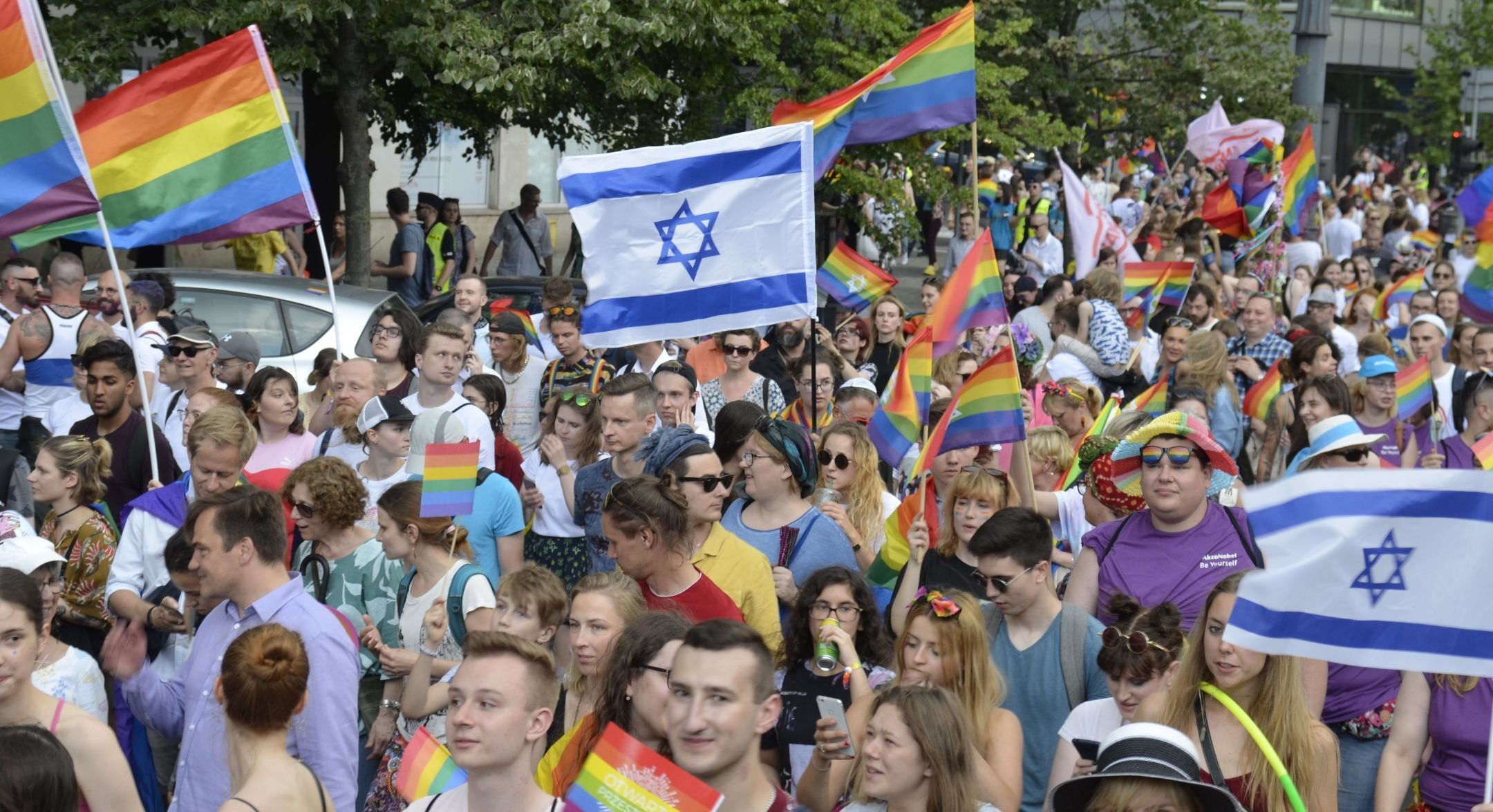 WARSAW, Poland (JTA) – Members of the Jewish community participated together for the first time in the Warsaw Pride Parade.

About one hundred members of the Jewish community took part in the parade throughout the streets of the capital, surrounded by 47,000 other participants.

The subject of the possibility of marriages by homosexuals and adoption of children was discussed in Poland before the elections to the European Parliament. The ruling Law and Justice Party is against such solutions.

This year’s Pride Parade was for the first time attended by the current mayor of Warsaw, Rafal Trzaskowski, who is associated with the opposition Platforma Obywatelska Party.

In the Jewish sector during the parade, the Israeli flag, Jewish Pride flags bearing a rainbow flags with a white Star of David in the center, and a rainbow chuppah made appearances.

According to Jezowski, the parade was attended by people “of varying degrees of religious observance.” There also were many sympathizers and friends of the Jewish-LGBT community. “I am glad that the response was so big and the atmosphere was family-like,” Jezowski told JTA.