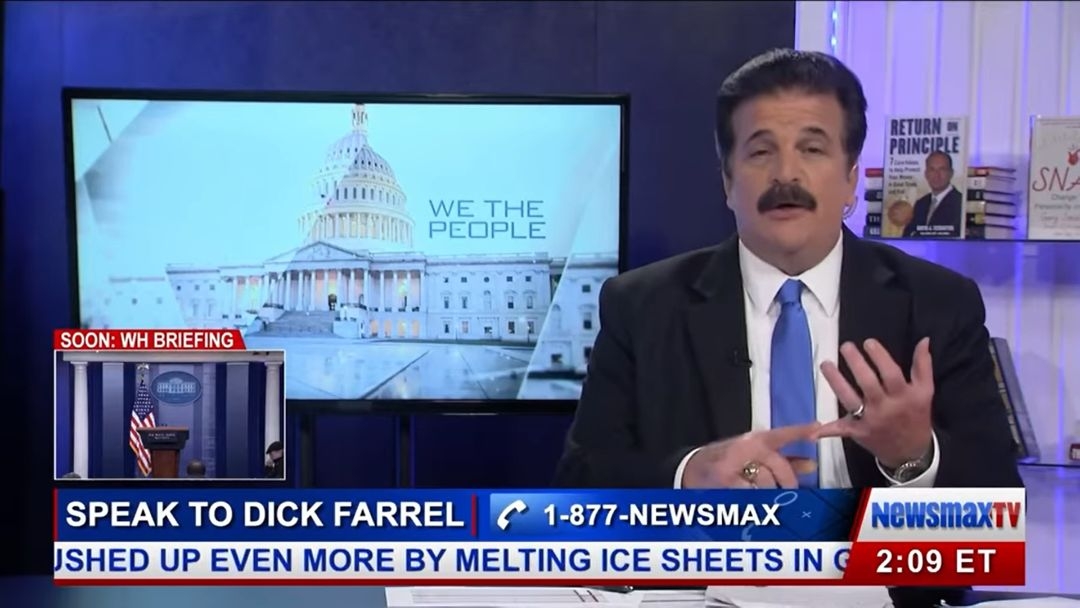 (JTA) — The Florida shock radio host and former Newsmax anchor who died of COVID-19 after spending months telling his followers not to get the vaccine was a Jewish man from Queens.

The Aug. 4 death of Dick Farrel, who was 65, has made global headlines because his friends said he urged them to get the vaccine after he fell ill. The private messaging was in stark contrast to his extensive public statements on the virus and vaccines.

On a Facebook page that has since been set to private, Farrel railed against coronavirus protocols, the Daily Beast reported, including U.S. government urgings to get the vaccine. He referred to the virus as a “scam demic” and masks as “face diapers.” He also promoted misinformation about the vaccines, saying that he knew people who got vaccinated and were hospitalized as a result.

Farrel’s death comes amid a surge of COVID-19 cases in the United States fueled by the more transmissible delta variant. Florida, which has few restrictions and a relatively low vaccination rate, has been especially hard hit.

Farrel’s real name was Farrel Austin Levitt. Born to Max and Norma Levitt in Queens, New York, in 1956, he graduated from Queens College before beginning his radio career in New York. A service will be held Friday at Beth Israel Boynton Beach Chapel, which first announced Farrel’s death, according to its website.

A host on multiple talk radio stations in Florida, Farrel was also a fill-in host for Newsmax, the conservative cable outlet that is a favorite of former President Donald Trump, although it is not clear if Farrel was employed at the time of his death. He is survived by his partner, Kitty Farley.