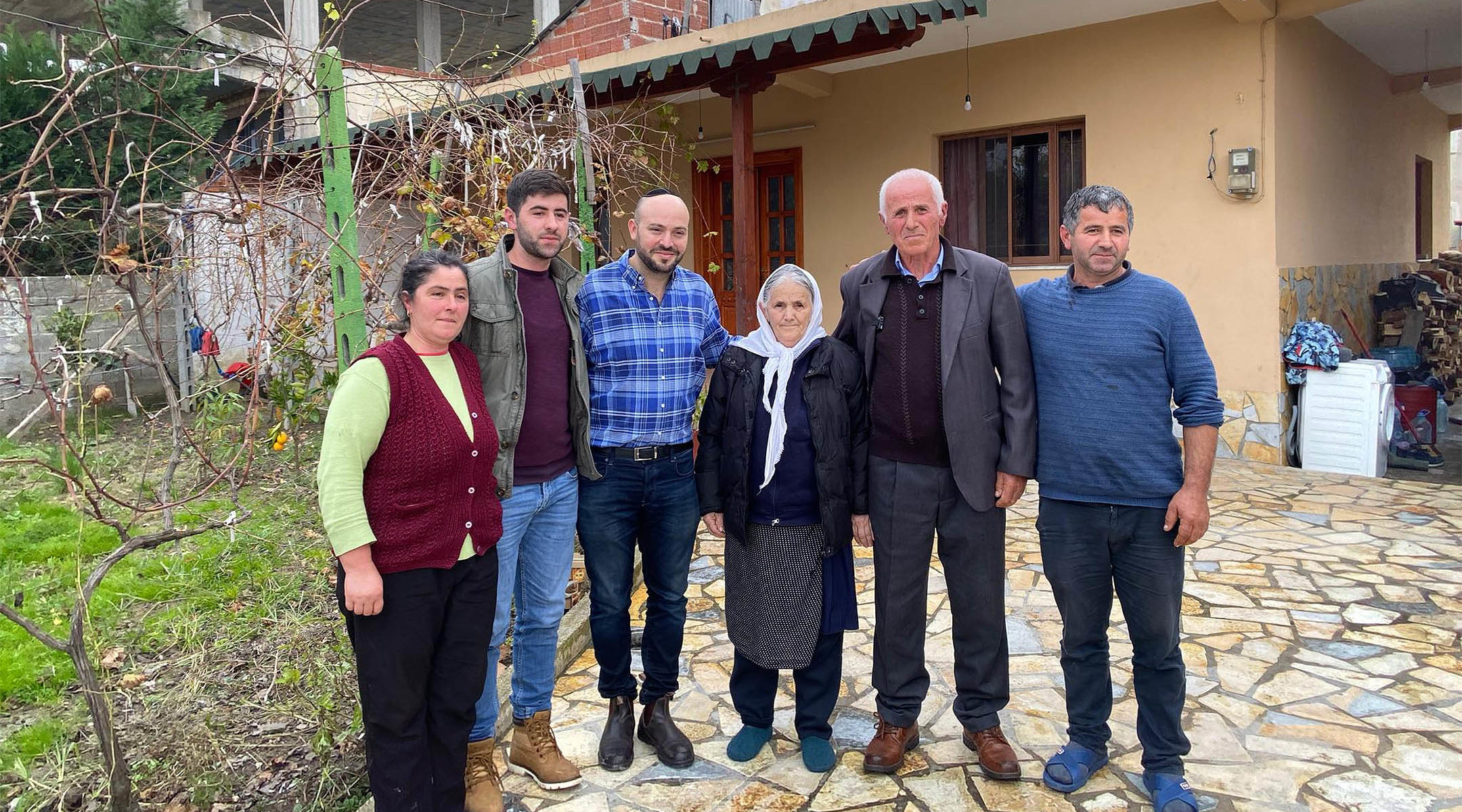 Jonny Daniels, third from left, with the Bicaku family in their home in Durres, Albania, Dec. 11, 2019. (Courtesy of From the Depths)
Advertisement

(JTA) — An Albanian Muslim man whose house was destroyed in an earthquake will have it rebuilt by a Holocaust commemoration group in honor of his father’s rescue of Jews.

The home of Muhamet Bicaku, 83, was devastated during the Nov. 26 calamity that claimed the lives of at least 55 people in the Balkan nation. During the Holocaust, Bicaku’s father, Mefail, and older brother, Njazi, sheltered about 20 Jewish families from the Italian and German occupation forces in Qarrishte, a town located about 50 miles east of the capital Tirana.

From the Depths, a Poland-based organization that focuses on celebrating the actions of rescuers of Jews, has raised $10,000 to restore the house, the group’s founder, Jonny Daniels, wrote in a statement Wednesday after visiting Albania as part of a humanitarian mission following the earthquake. The total cost will be $45,000 and fundraising is ongoing, he said.

Muhamet Bicaku, who was 5 when his father began harboring Jewish refugees, is now living in crowded conditions in a home of one his children in Durres, 20 miles west of Tirana.

In 2007, he received on behalf of his family the Anti-Defamation League’s Courage to Care Award. His father and brother were recognized in 1996 by Israel as Righteous Among the Nations, the country’s title for non-Jews who risked their lives to save Jews during the Holocaust.

“They offered our people the most basic of human needs, shelter, during their difficult times, saving their lives,” Daniels wrote. “It should be obvious for us today to come together and return that favor.”