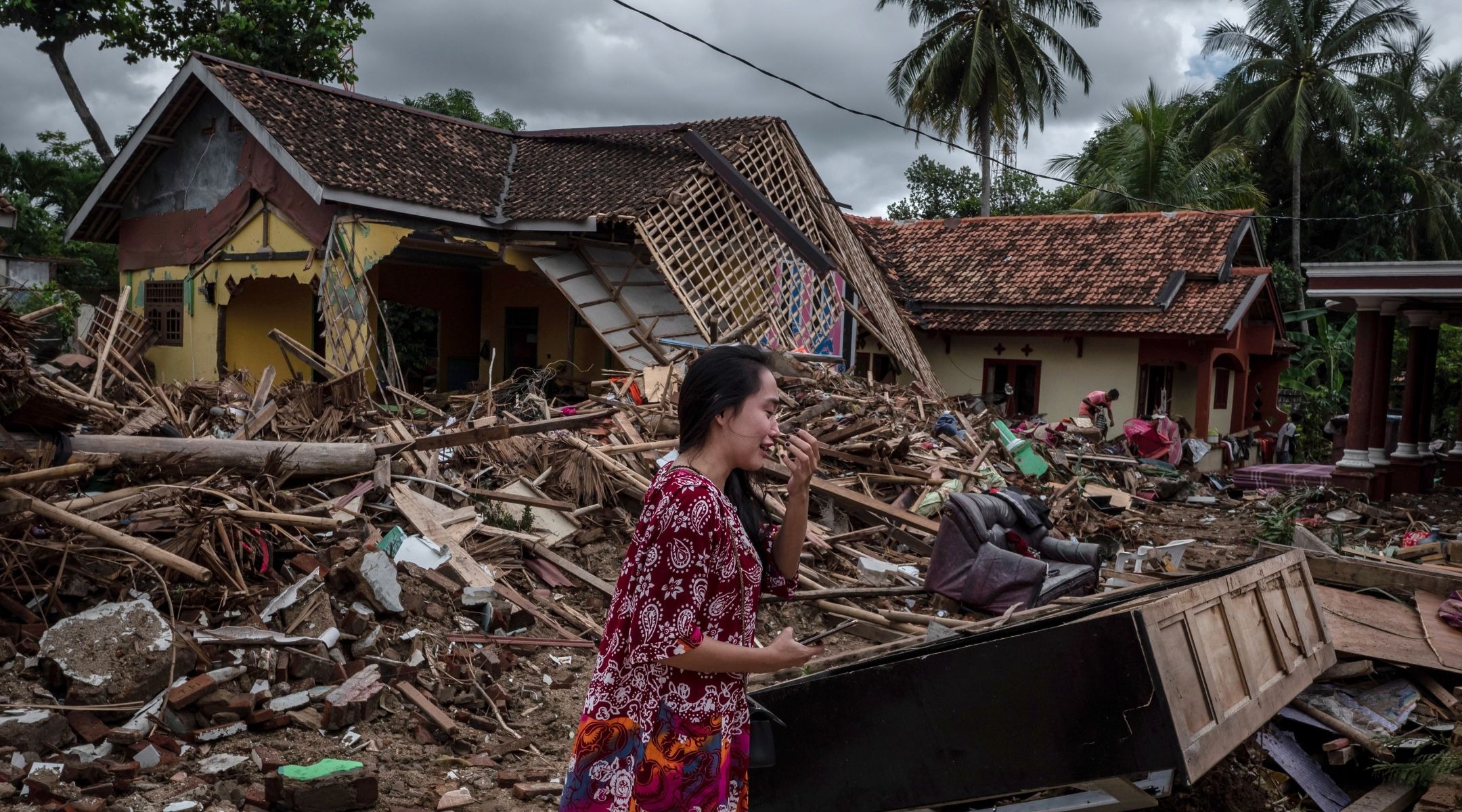 A woman looks at the destruction of her home in the tsunami that ravaged the Indonesian island of Sumatra, Dec. 22, 2018. (Ulet Ifansasti/Getty Images)
Advertisement

(JTA) — Jewish groups are offering assistance in the wake of a tsunami in Indonesia that has left more than 400 dead and thousands homeless.

The American Jewish Joint Distribution Committee is providing emergency relief and assessing emerging needs in the Kalianda and Rajabasa subdistricts of Lampung, a province on the southern tip of the Indonesian island of Sumatra, which was hard hit by the tsunami. Some 14,000 people also were injured in the natural disaster.

JDC has had a presence in Indonesia since the 2004 Indian Ocean tsunami. More recently, JDC has provided aid after an earthquake and tsunami in September stuck Indonesia’s Sulawesi Island, and an earthquake that in July hit Lombok.

IsraAID has had an Emergency Response Team in Indonesia since the Sulawesi earthquake and tsunami in September, it noted.

In a post on Facebook, the Israeli-based international humanitarian aid agency wrote: “IsraAID’s team currently in Indonesia has been monitoring the situation following the deadly tsunami and volcanic eruption. At the moment, we are assessing needs on the ground, in conversation with local partners.”

Israel’s Foreign Ministry in a tweet offered “profound sympathies” for all those affected by the natural disaster, but did not offer concrete aid.

Indonesia does not have diplomatic relations with Israel and has rejected previous offers of aid.

The tsunami hit on Saturday night without warning, and may have been caused by a volcanic eruption on Anak Krakatau, a volcanic island. Over 100 people are still reported missing.