Jewish groups to NFL star DeSean Jackson: Let us teach you about dangers of anti-Semitism 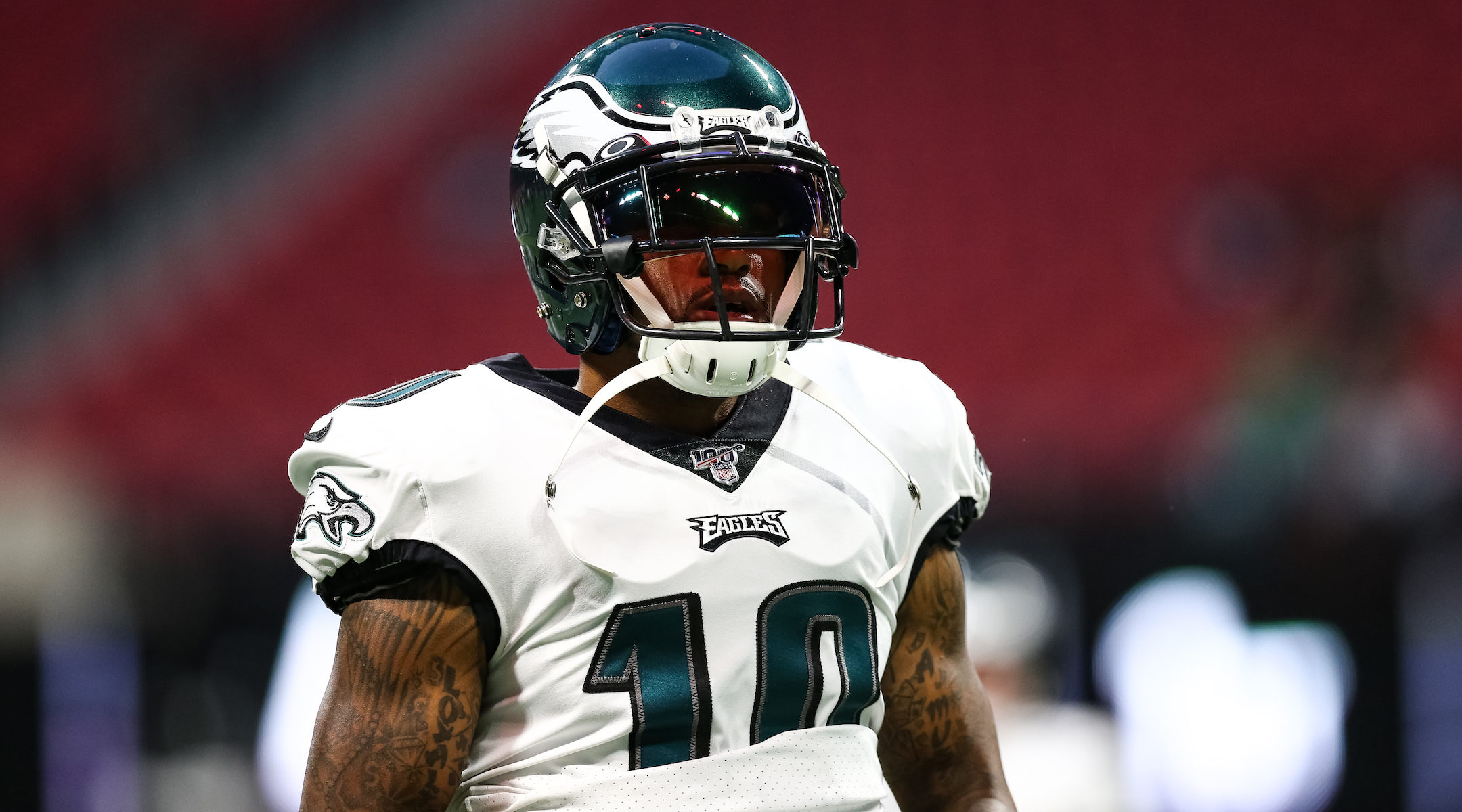 DeSean Jackson warms up before a game against the Atlanta Falcons at Mercedes-Benz Stadium in Atlanta, Sept. 15, 2019. (Carmen Mandato/Getty Images)
Advertisement

(JTA) — A coalition of Jewish groups say NFL star DeSean Jackson needs an education about “how dangerous and pernicious antisemitism and all forms of hate are” — and the groups say they are willing to teach him.

“Although Mr. Jackson later posted that he ‘has no hate in his heart,’ his amplification of hate-filled messages sent a very different message,” they wrote.

“All of the undersigned organizations work in coalitions in our community, foster interfaith and Black-Jewish dialogues, and support all efforts to ensure Philadelphia is safe and welcoming for all. We are willing to work with the Eagles and Mr. Jackson on education and outreach.”

ESPN reported later on Tuesday that Jackson in a meeting with Jeffrey Lurie, the Jewish owner of the Eagles, and Howie Roseman, the team’s Jewish general manager, said he would like to educate himself, and was put in contact with the Chabad Young Philly, which works with  young professionals and graduate students.

Meanwhile, the chairman of the Philadelphia Holocaust Memorial, David Adelman, said in a tweet that in a FaceTime call with Jackson, the athlete again apologized and accepted Adelman’s offer to host him for an educational session and tour of the memorial. “Confident we can turn this into a positive together,” the tweet said.

One of the two alleged Hitler quotes posted Monday accuses “white Jews” of having a “plan for world domination.” The Snopes website reports that the quote is not attributable to Hitler and appears to have been first published on a “clickbait web site” called FMLGoneViral.com in 2015.

On Saturday, Jackson posted a photo of Nation of Islam leader Louis Farrakhan delivering his three-hour Fourth of July address in which Farrakhan, who has called Jews “termites” and denounced the “Synagogue of Satan,” repeated canards about Jews.

Jackson wrote: “This man powerful I hope everyone got a chance to watch this!! Don’t be blinded. Know what’s going on!!”

The Eagles released a statement on Tuesday morning addressing the Instagram posts, saying the team had “spoken with” Jackson about his social media posts, which they called “offensive, harmful, and absolutely appalling.”

“They have no place in our society, and are not condoned or supported in any way by the organization,” the team said.