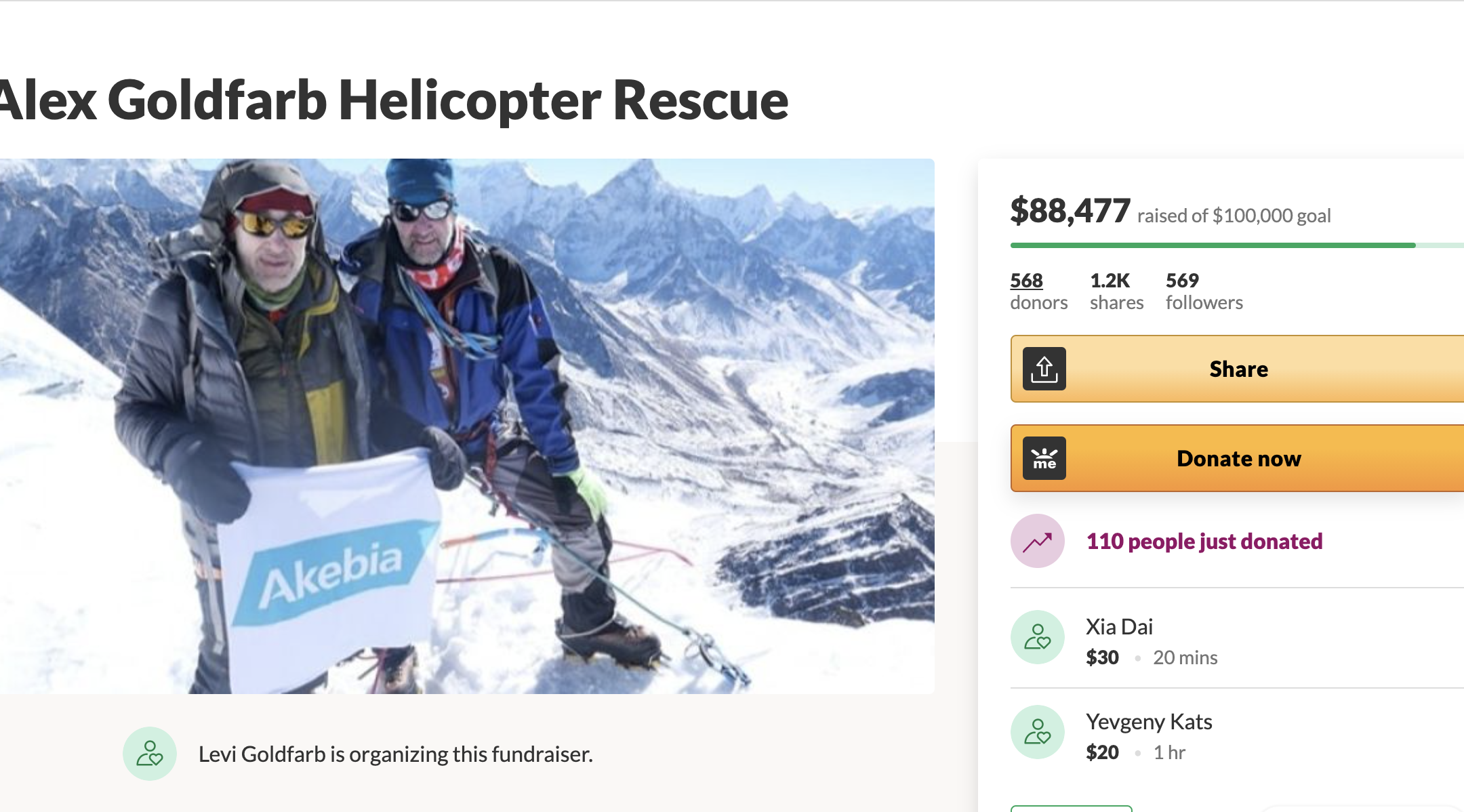 A GoFundMe campaign to raise money to retrieve Alex Goldfarb's body has raised more than $88,000 within days of his death. (Screenshot)
Advertisement

(JTA) — A prominent Jewish doctor in Boston died this week while attempting a challenging ascent in the mountains of Pakistan.

Alex Goldfarb, an immigrant from the former Soviet Union, was an experienced climber as well as a beloved nephrologist who taught at Harvard Medical School, authored medical texts and traveled to New York last year to treat patients during the first wave of COVID-19 patients there.

His son told the Boston Globe that he also was “a devout Jew” who was animated by the value of tikkun olam, or seeking to repair the world. Rabbi Mendy Uminer of Chabad of Chestnut Hill posted videos mourning Goldfarb this week, as well as pictures showing that Goldfarb brought tefillin, phylacteries used in Jewish prayer, on his climbing expeditions.

Goldfarb, who was 56, was attempting to scale Broad Peak, the world’s 12th-highest summit, on his own and without supplemental oxygen after his climbing partner determined that the winter ascent was too dangerous, according to a message shared earlier this week by a Hungarian expedition group.

After Goldfarb failed to return, a search expedition located his body near the summit. His two sons, Levi and Ben, launched a crowdfunding campaign to send a helicopter to retrieve his body. It has raised $88,000 thus far, and the Hungarian company posted Thursday on Facebook that a search team would try to reach his body on Friday.

On the GoFundMe page, Levi Goldfarb described his father’s trajectory from recent immigrant working in a plastic factory to acclaimed physician and beloved community member.

“His bounding energy drew everyone close to him, and our house was the place to be on any given Friday night as guests — invited and spontaneous alike — crowded around the Shabbat table and enjoyed hot food and wine,” he wrote. He ended his update using the Hebrew blessing upon death: “I hope I can one day be a fraction of the man he was. Baruch Dayan Emet.”