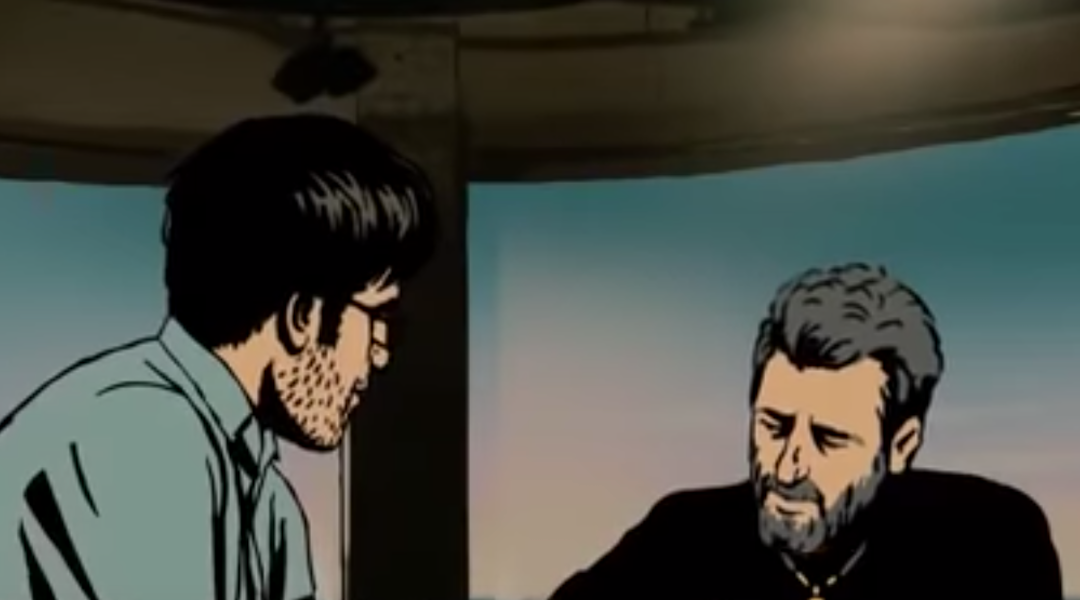 A scene from Ari Folman's "Waltz with Bashir." (Screenshot from YouTube)
Advertisement

(JTA) — A Jewish teacher at one of Scotland’s highest-performing state schools was fired for showing “Waltz with Bashir,” a graphic animated film about the 1982 Lebanon War, to first-year high school students.

Jonathan Guetta, who taught Hebrew at the Mearns Castle High School, appealed the decision to Scotland’s Labor Court, claiming the dismissal was anti-Semitic, but lost.

Guetta, who was fired in May 2018, showed the first 20 minutes of the film to students as young as 12 in an afterschool class activity and stood in front of the screen during inappropriate scenes, The Herald reported. The film is rated over-18 in Scotland, which means it is not recommended for anyone under that age, and includes extreme violence and nudity.

During the screening, he accused the local East Renfrewshire Council of dealing with him in an anti-Semitic manner, according to The Herald.