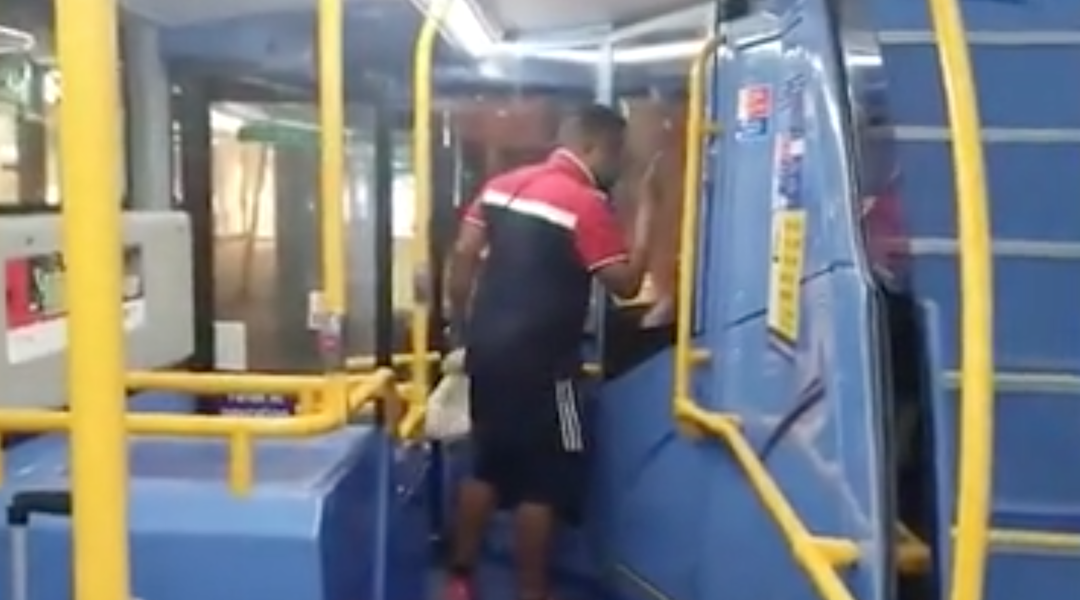 In one incident aboard a bus, a passenger threatened to ” shank” the Jewish man, who is an Orthodox Jew, and “slit his throat for Palestine.” The man also called the alleged victim “f***ing scumbag” and told him he’d “f***ing beat the s*** out of you.”

An hour later, the same Jewish man filmed himself being mocked by young men while exiting a subway station. One of the men shouted: “F***ing hate the Jews.”

The Daily Mail tabloid reported on the incidents, which happened Saturday night.

Marie van der Zyl , the president of the Board of Deputies of British Jews, in a statement called the rhetoric “disgusting racist threats and abuse” and added that those responsible “should be must be tracked down and prosecuted.”

Community Security Trust, British Jewry’s security unit, documented 460 incidents from May 8 to June 7, the highest monthly total since records began in 1984, with 316 happening offline and 144 online. Israel’s latest violent conflict with Hamas militants in Gaza began on May 9.