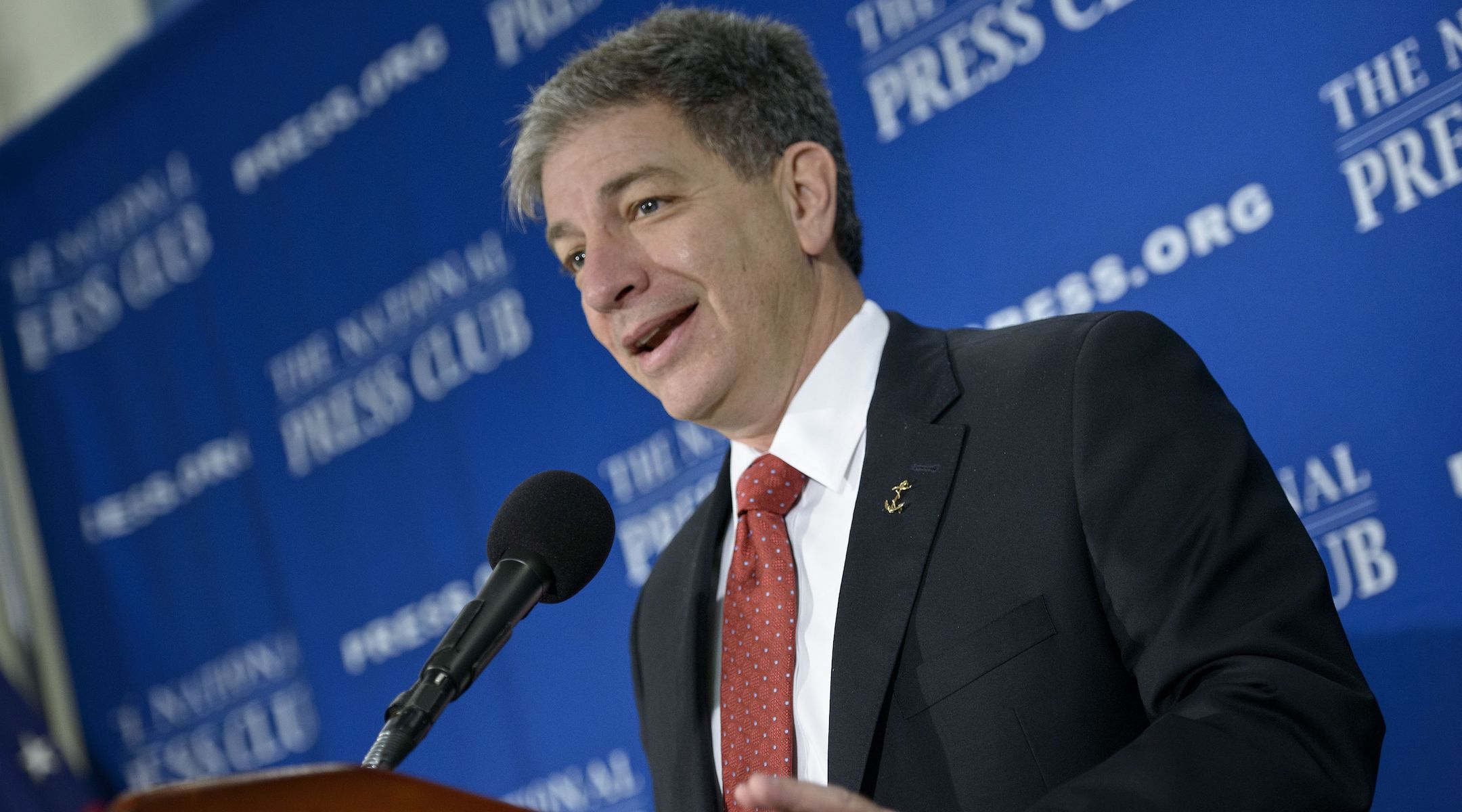 (JTA) — The Jewish mayor of Anchorage, Alaska, has stepped down after admitting to a messaging affair with a local news anchor who then baselessly accused him of pedophilia and left an obscene voice message containing anti-Semitic epithets.

The affair broke into public view Friday after the news anchor, a woman named Maria Athens who worked for a group of local TV stations, posted an amateur video to Facebook in which she accused Berkowitz of pedophilia.

“According to reliable sources, Anchorage Mayor Ethan Berkowitz has his male genitalia posted on an underage girl’s website,” she says in the video, which appeared to have been taken at a local news station. “You heard it here first.”

“I’m gonna get an Emmy,” she said, in a recording obtained by the Anchorage Press. “I will personally kill you and Mara Kimmel my goddamn self, you Jewish piece of living f—ing shit. You have met your match, motherf—er. You have met your motherf—ing match. I can’t believe — I am such a good person, and thought I loved you. I f—ing hate — I don’t even hate you. I will pray for your Zionist f—ing ass, you piece of s–t loser.”

Athens promised to air a segment on her allegations that night, but it never aired. Instead, she apparently got into a physical altercation with her boss and then was arrested for assault, according to the Anchorage Daily News. The mayor’s office denied her allegations in a statement that called her “hostile and unwell.” Police and the FBI said there was no evidence that Berkowitz engaged in any criminal activity.

But on Monday, Berkowitz admitted that he and Athens had engaged in a sexual messaging affair, and then stepped down.

“I apologize to the people of Anchorage for a major lapse in judgment I made several years ago when I had a consensual, inappropriate messaging relationship with reporter Maria Athens,” Berkowitz said in a statement. “I’m embarrassed and ashamed for the hurt I’ve caused my family and our community. I take responsibility for my actions.”

Berkowitz was the third Jewish mayor of Anchorage, a city of about 2,000 Jews, and his biography includes winning a bronze medal in sailing at the 1985 Maccabiah Games in Israel, according to a 2017 profile in the J, Jewish News of Northern California. Alaska could also get a Jewish senator this year if Al Gross, an independent candidate, pulls off an upset in November’s election.