Jewish MSNBC commentator: ‘What is the difference between Adolf Hitler and Donald Trump?’ 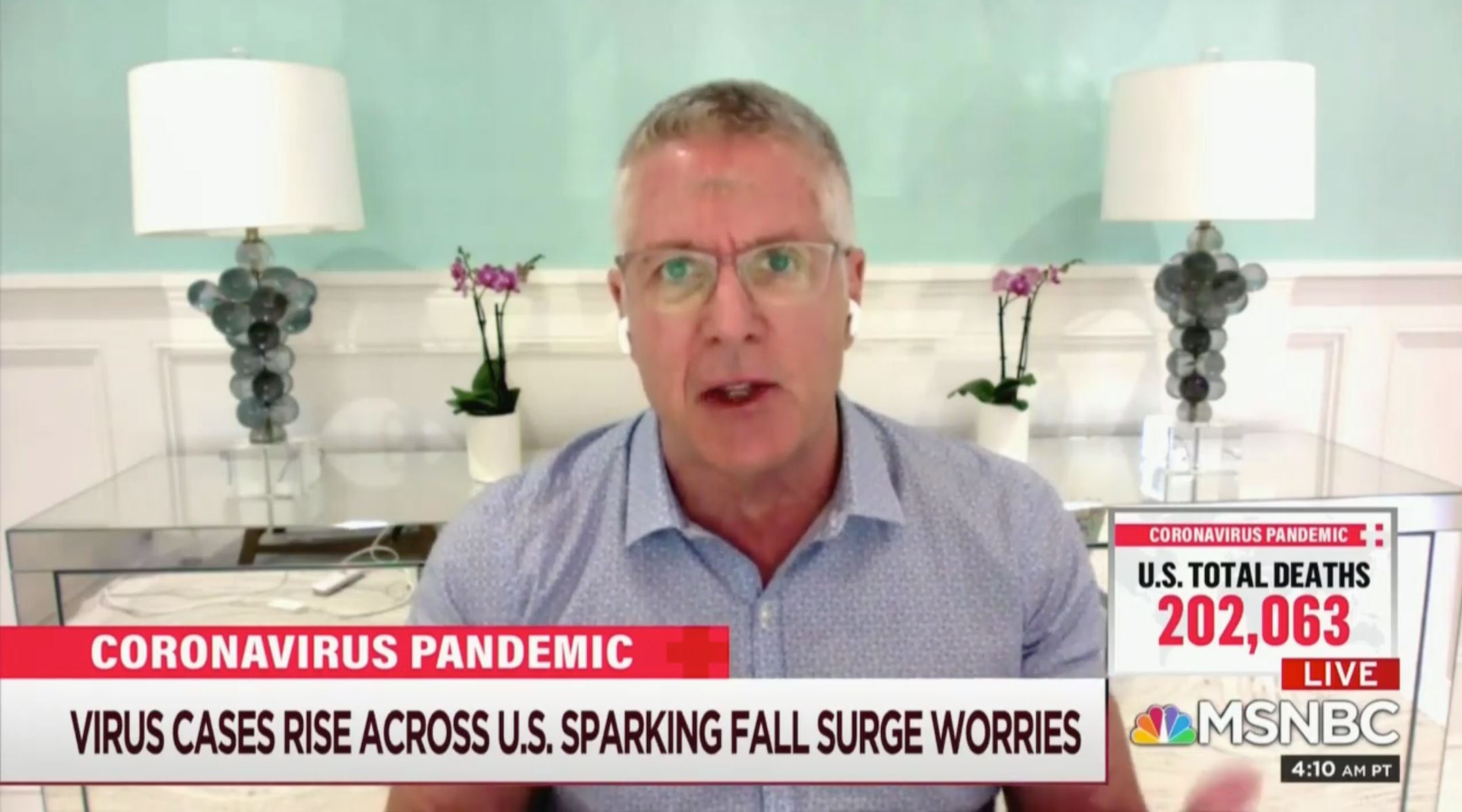 (JTA) — A Jewish television commentator said there is “no difference” between the rhetoric of President Donald Trump and Adolf Hitler, and Jews who support Trump “are not looking back at our history.”

Donnie Deutsch, a former advertising executive and liberal TV personality from New York City, made the comments Wednesday on “Morning Joe” on MSNBC. He was discussing Trump’s Tuesday night rally in Pennsylvania, which he said “to me looked like a rally from the early ’30s.”

“And what is the difference between Adolf Hitler and Donald Trump?” Deutsch said. “I’m not saying there’s a Holocaust, but when you look at the tactics, that is where we are right now.”

He then asked if he could “talk to my Jewish friends who are voting for Donald Trump.”

“How dare you, with what our people have gone through in history,” he said. “You see a man who is a dictator, and once you give a man absolute power he is possible of anything. And if you are a Jew in this country and you are supporting Donald Trump, you are not looking back at our history, and you are blind, and you are walking like a lemming off a cliff.”

He added, “There is no difference from what Donald Trump is preaching from what Adolf Hitler preached in the early ’30s.”