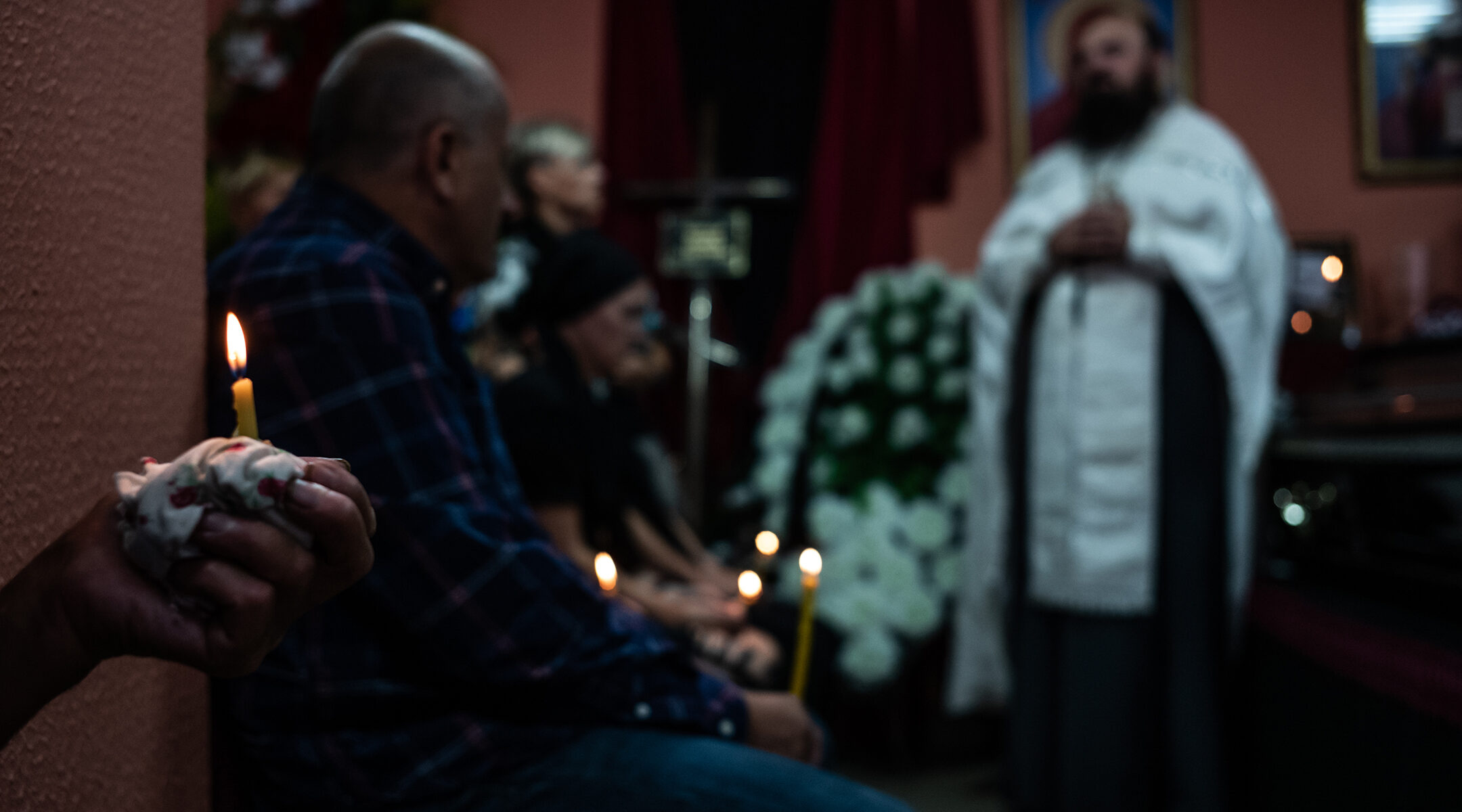 (JTA) — The remains of a Jewish poet were reburied in Belarus under a crucifix in a ceremony that featured prayers by priests.

The reburial of Shmuel Yefimovich Plavnik, better known by his pen name Zmitrok Byaduli, took place on Tuesday at a Christian cemetery in Minsk, promoting critics to complain that it erased the poet’s Jewish origins and appropriated his memory.

After speeches, the coffin with Plavnik’s ashes was lowered into the grave and a cross was installed on it, BELTA, the national news agency of Belarus, reported. The article did not mention that he was a Jew who inveighed against anti-Semitism in his writings. The Minsk-Novosti news agency also omitted this from its report, but did say that a rabbi, Grisha Abramovich, held “a small ceremony” after the Christian one.

Plavnik was a poet, writer and political activist who translated Yiddish literature into Belarusian. He died in 1941 in Kazakhstan after having been evacuated there in the face of the Nazi advance. He never converted to Christianity.

On Facebook, Shimon Briman, a well-known Israeli journalist who was born in Ukraine, criticized the reburial, which was organized by the Museum of the History of Belarusian Literature and the Maria Magdalene Radziwill Foundation. Plavnik never imagined his remains would be exhumed, “transferred to the Orthodox Church where the coffin of this Jew will be surrounded by Christian icons and singing priests,” Briman wrote. He also criticized the “silence” of rabbis in Belarus on the matter.

Abramovich, a Reform rabbi, said on Facebook that Plavnik’s family went along with the Christian burial.