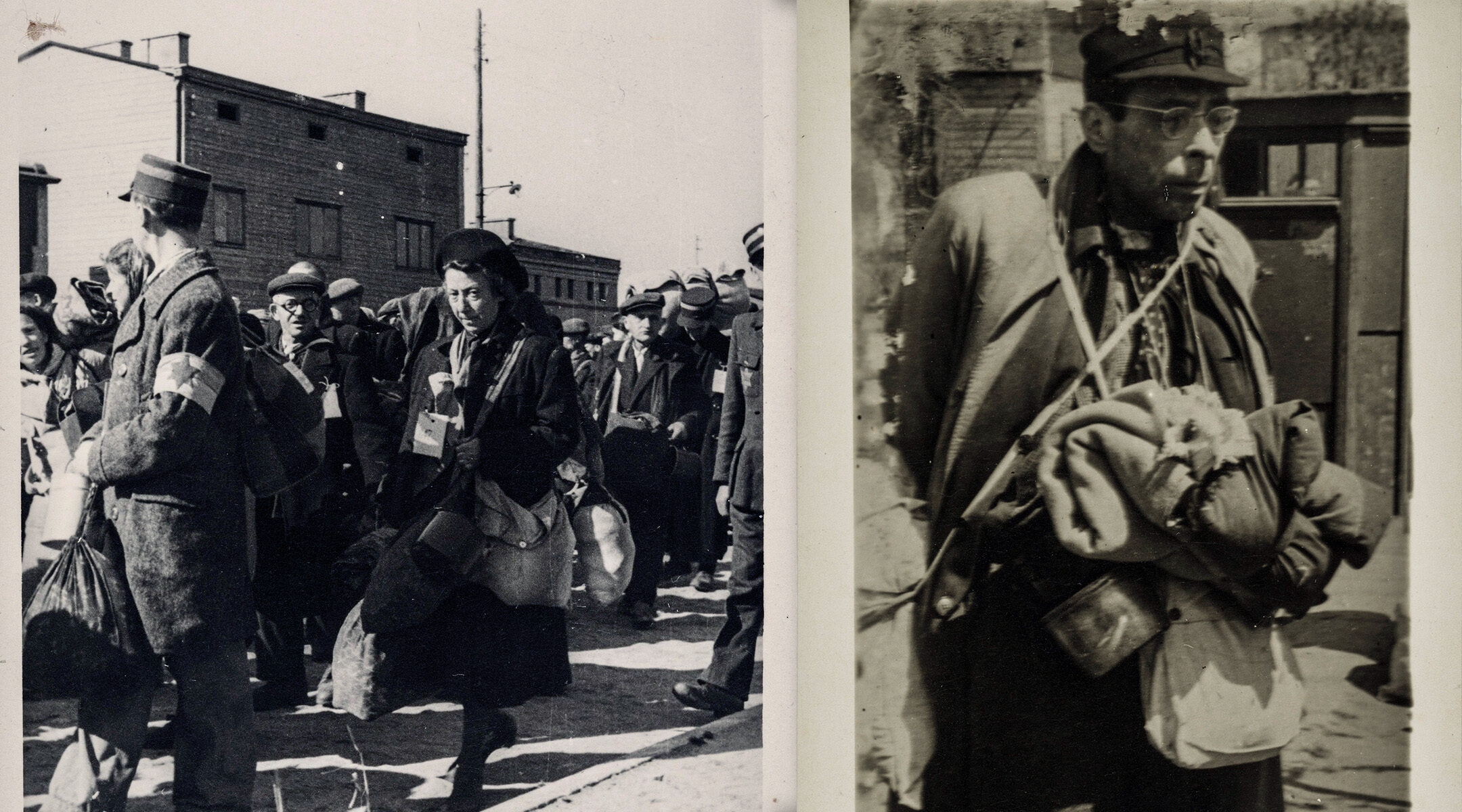 On left, an untitled photo of the Lodz Ghetto by Henryk Ross, 1910-1991. On right, one by Ross of a Jewish doctor imprisoned in the Lodz Ghetto. (Courtesy of Museum of Fine Arts Boston)
Advertisement

Now a cache of nearly 50 of those photos taken by the Jewish prisoner has been donated to the Museum of Fine Arts Boston by a collector, Howard Greenberg. They are the first Ross photographs in the museum’s collection and among the few owned by a U.S. museum.

One of the rare images captures a pensive-looking Jewish woman carrying satchels around her shoulders in a crowd of other Jews. Another is a chilling image of hundreds of Jews along railroad tracks at a Nazi deportation site.

The ghetto Jewish Council’s Department of Statistics had pressed Ross into service to shoot identification photos, as well as images of the factories there used as propaganda. Ross, however, took hundreds of other photos, often with the help of his wife, Stefania, that documented the horrid conditions.

The Lodz Ghetto, which existed for more than four years, was the second largest set up by the Nazis. Thousands died of starvation and illness. Tens of thousands of its prisoners were deported to death camps.

After liberation, Ross unearthed the canisters of his photos that he had buried before the camp was liquidated in 1944. He gave a selection of 48 prints made before 1945 to Lova Szmszkowic, later Leon Sutton, a fellow ghetto prisoner who survived the Holocaust, according to a release by the Boston museum.

Sutton brought the photos with him to New York City when he immigrated and stored them safely in an envelope for more than 60 years. Following his death in 2007, his son Paul discovered the envelope. He realized the significance of his father’s collection after seeing a landmark 2017 exhibit of Ross’s photographs at the museum.

Greenberg purchased the photos from the younger Sutton.

“As the first-generation Jewish American son of two Polish Holocaust survivors I do strongly feel that we must never forget,” Paul Sutton said in the museum statement.

The photo of the woman, who is flanked by a Jewish guard, appears as if it was taken on the same roll of film as another Ross shot of a Jewish guard escorting a group for deportation, the museum’s photography curator, Kristen Gresh, told the Jewish Telegraphic Agency in a phone conversation. But that image was reproduced for the exhibit from one of Ross’s damaged surviving negatives.

“Seeing the print of this otherwise lost moment in time is a truly moving experience,” Gresh said. “It brings back the importance of preserving history and the visual moments.”