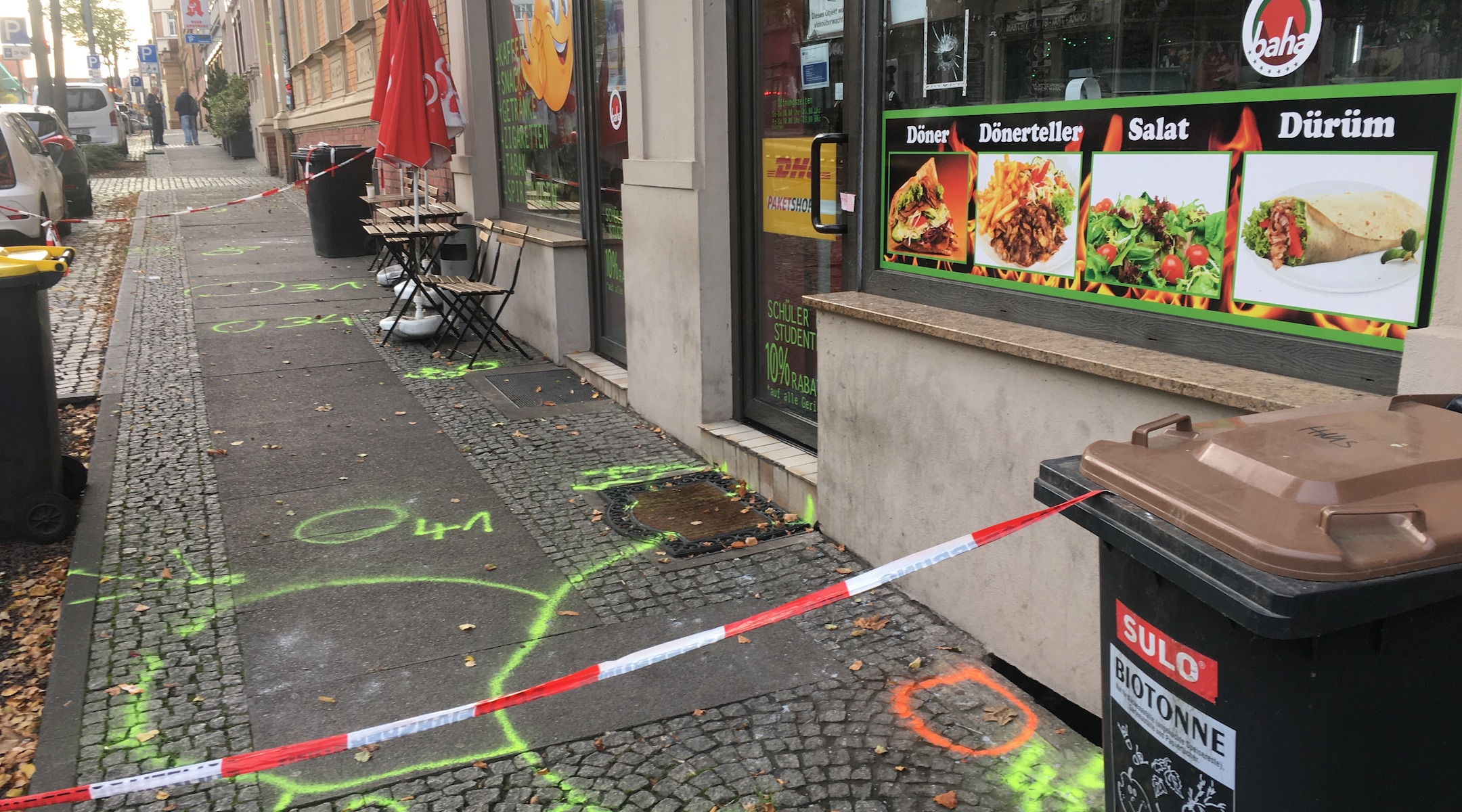 The cordoned-off scene outside the kebab shop in Halle where a shooter killed one of his two victims. (Rebecca Spiess)
Advertisement

(JTA) — Jewish students in Germany are raising money to help the owner of the kebab shop in Halle that was attacked after a neo-Nazi gunman was unable to enter a nearby synagogue.

The Jewish Student Union Germany started a GoFundMe campaign to assist Ismet Tekin, who owns the shop with his brother.

Tekin, who was an employee when the shop was attacked last October, was not injured and thus the shop does not qualify for assistance under the Victims Compensation Act.

The shop, the students wrote on the GoFundMe page, has lost many customers since the attack.

“We, as the Jewish Student Union Germany (JSUD), believe in a multicultural society in this country. We believe in a peaceful coexistence, regardless of religion, nationality or skin color. We believe in solidarity,” the students wrote in explaining why they started the campaign.

The gunman tried to enter the synagogue in Halle on Yom Kippur but could not get past its heavy door. He then shot and killed a woman passerby and a man in the kebab shop, which he reportedly said he targeted because it was Muslim owned.