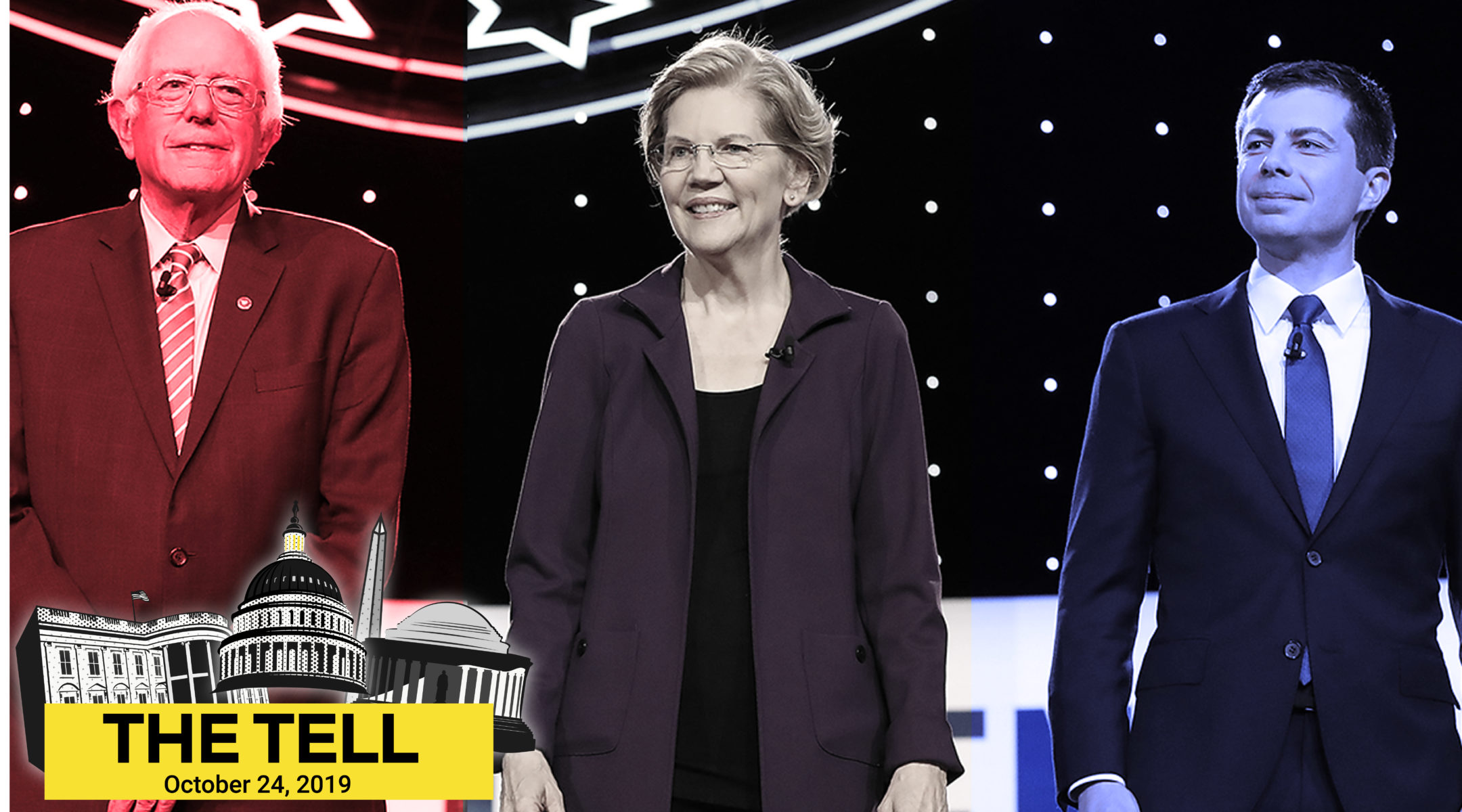 (JTA) — An umbrella group of more than 50 Jewish organizations from across the ideological spectrum condemned calls by Democratic presidential candidates to condition military aid to Israel on its approach to making peace with the Palestinians.

“We are deeply troubled by recent statements that would place conditions, limitations, or restrictions on the U.S. security assistance provided to Israel, so vital for the defense and security of the country, the protection of essential U.S. interests, and stability in the region,” Arthur Stark, chairman, and Malcolm Hoenlein, executive vice chairman/CEO, of the Conference of Presidents of Major American Jewish Organizations said in a statement issued Friday. “This approach would harm American objectives in the Middle East and would undermine the ability of our key ally to defend itself against the threats it faces on all its borders.”

Sens. Bernie Sanders of Vermont and Elizabeth Warren of Massachusetts, along with Mayor Pete Buttigieg of South Bend, Indiana, recently have indicated a willingness to use American aid to force policy changes by Israel, including halting settlement construction. The United States gives Israel $3.8 billion annually in military assistance.

“Adoption of this suggested approach would reward those who are the true obstacles to progress towards peace, engage in terrorism, and deprive the Palestinians in Gaza and the West Bank of the opportunities for a better life,” the Presidents Conference statement also said. “Further, it would harm the prospect of negotiations. Israelis must be assured that they will be able to defend themselves and deter those who would seek to destroy them” in order to negotiate.

The umbrella group criticized the candidates for making no mention of Hamas, the terrorist organization that runs Gaza.