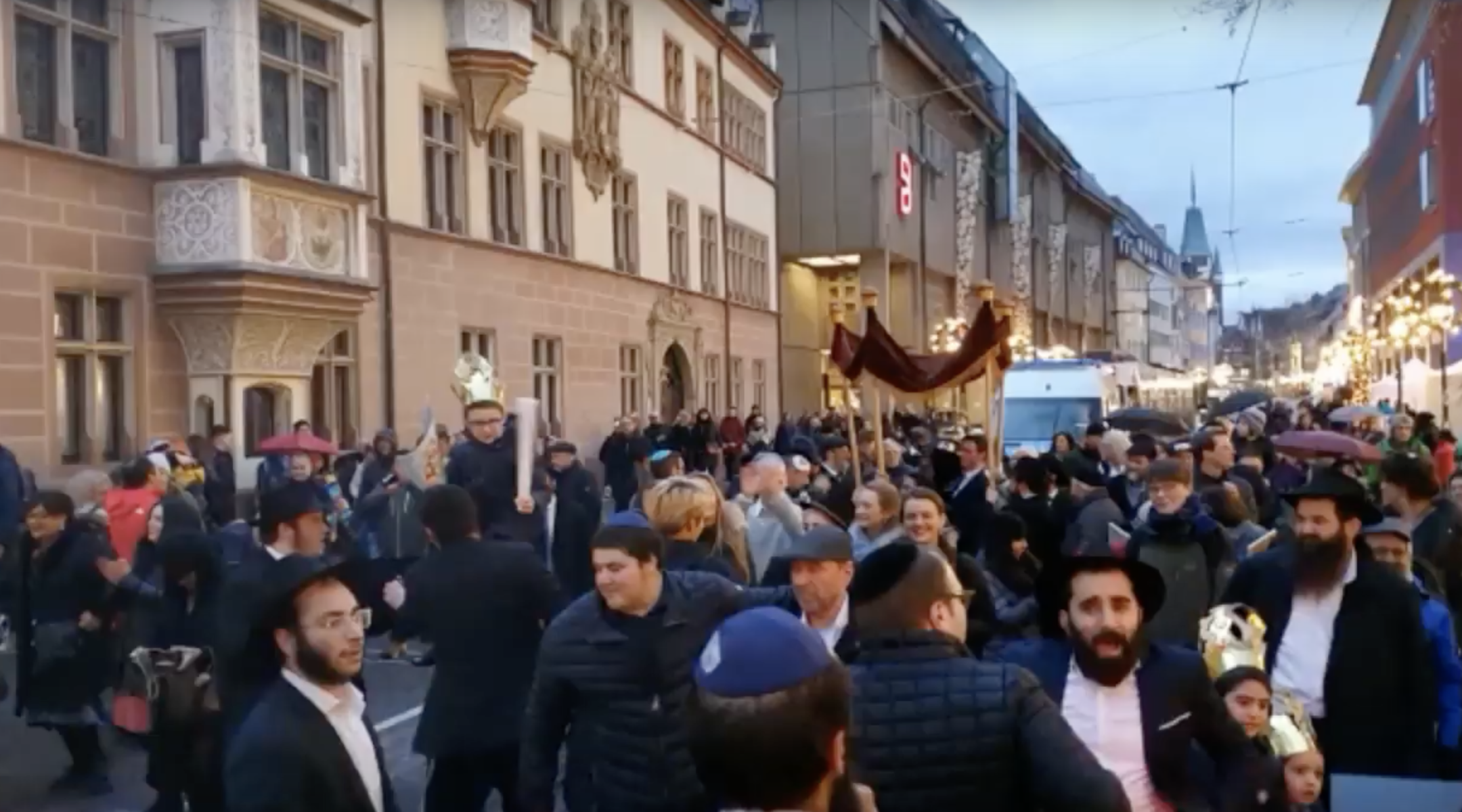 (JTA) — Hundreds of Jews danced down a street in Germany that had been named for Adolf Hitler during a Torah dedication ceremony.

The scroll in Freiburg im Breisgau was dedicated Sunday to Israeli terror victims, and some of its letters had been written by Jews who had lost relatives in attacks, according to the local Chabad emissary, Rabbi Yakov Gitler.

“Today we proved that no matter what happens to the Jewish nation, we blossom and we are alive,” he told Chabad Online.

Speaking to The Jerusalem Post, Gitler said it was a “very special Torah.”

Gitler said the street in the southwest German city is now called Kaiser Joseph Street, as it was before World War II, but during the Holocaust it was changed to Adolf Hitler Street.

“There are pictures from the Holocaust that show the street covered in swastikas,” he said.