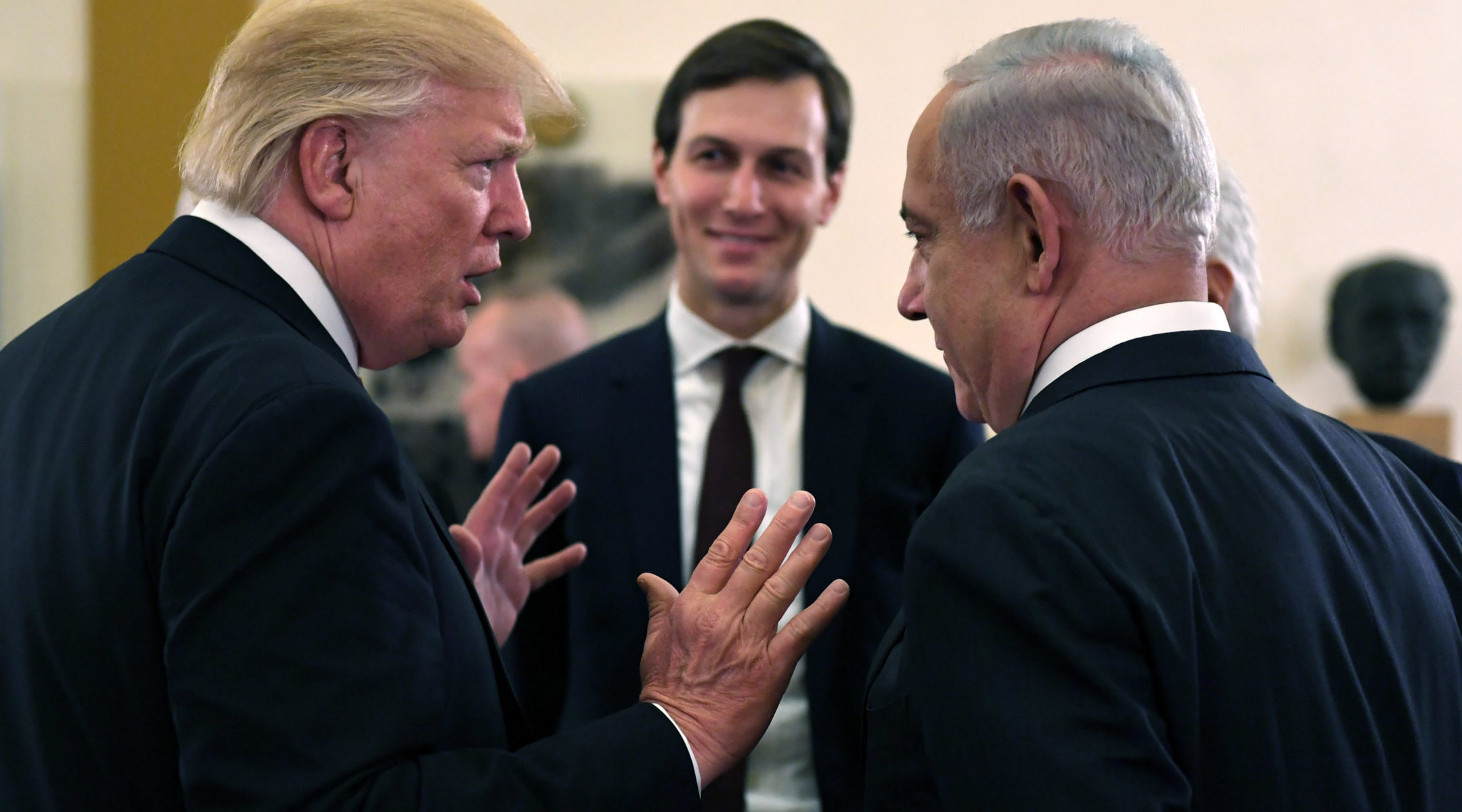 (JTA) — American Jews are much more likely than their Christian counterparts to express criticism of President Donald Trump’s approach to the Israeli-Palestinian conflict, according to a new survey.

In a survey published Monday, the Pew Research Center found that 42 percent of American Jews said that Trump was favoring the Israelis too much, while a similar share, 47 percent, said he was striking the right balance between the Israelis and Palestinians. Six percent found that Trump favored the Palestinians too much. The survey included interviews with 284 Jewish respondents.

Among Christians, 59 percent said the president was striking the right balance between the two sides and 26 percent said he favors the Israelis too much.  The level of support for Trump’s policies on Israel rose significantly in the evangelical community: 72 percent agreed with the balance Trump is striking.

According to a Gallup poll released earlier this year, about half of American Jews identified as Democrats.

Some 52 percent of American Jews identified as Democrat, 16 percent as Republican and 31 as independent in combined Gallup tracking poll data for 2018, which encompassed over 75,000 interviews with U.S. adults, including 938 self-identified Jewish Americans.

Jews were the religious group with the highest percentage identifying as Democrats. By contrast, 30 percent of Catholics and 27 percent of Protestant and other Christians identified as Democrats, as well as 29 percent of all Americans.

Meanwhile, Gallup polling found that Jewish Americans were among the least likely in 2018 to approve of President Donald Trump of all religious groups in 2018, with just 26 percent approving and 71 percent disapproving.

By contrast, 50 percent of Protestants and other Christians, and 61 percent of Mormons approved of Trump’s performance, compared to 40 percent of all Americans.

The study of U.S. adults was conducted April 1-15. It did not provide the number of respondents or a margin of error.