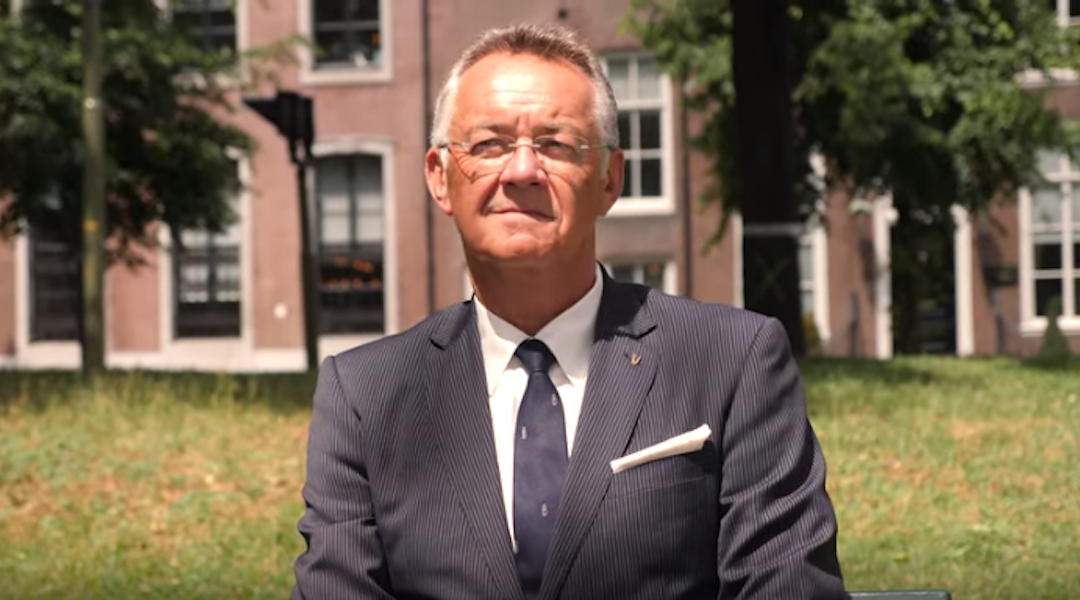 Toine Beukering got in trouble over Holocaust comments in a recent interview. (Screenshot from YouTube)
Advertisement

AMSTERDAM (JTA) — A Dutch right-wing senator said that Jews during the Holocaust were driven to gas chambers “like meek little lambs.”

Toine Beukering, who on Tuesday joined the Eerste Kamer — the upper chamber of the Dutch parliament — made the assertion in an interview published Saturday by the Telegraaf daily.

A lawmaker for the Forum for Democracy Party, Beukering drifted into the subject during a talk about his candidacy for speaker of the Dutch Senate.

Recalling his long years of service in the armed forces, he said that the Holocaust was one of the reasons he enlisted.

“As a young child, I read a whole cabinet of books about the Holocaust. I was always interested in finding out how it was at all possible. That the Jews, such a courageous and combative people, were driven to the gas chambers just like meek little lambs. It has always fascinated me. I never really found an answer for it. But to me it did mean one thing: Never again. That’s why I wore a uniform for 40 years and have been all over the world,” Beukering said.

Pressed to explain his reference to lambs, he said: “Well, there was little resistance by Jews. Escapes and such. There were many reasons for this, but it’s a sad story that should never be allowed to be repeated.”

He added his assertion was not meant to offend, but that he stands by it.

On Facebook, Ronny Naftaniel, vice chairman of the Central Jewish Organization of Dutch Jews, set out to correct Beukering.