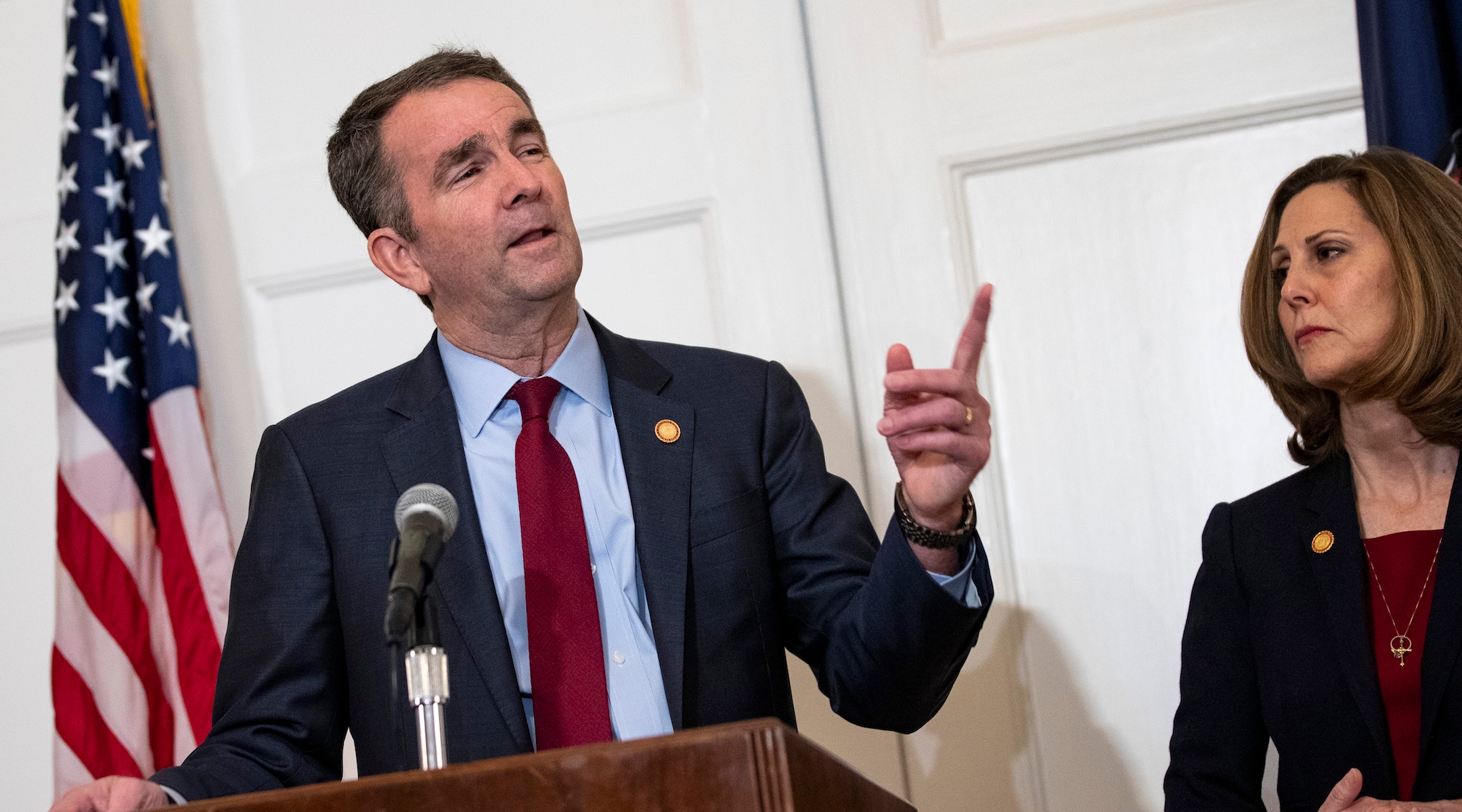 (JTA) — Former Sen. Joe Lieberman said Virginia Gov. Ralph Northam, under fire for a racist photo taken more than 30 years ago, should not automatically resign and that there has been a “rush to judgment that is unfair to him” over the incident.

On Friday, photos from Northam’s page in his 1984 medical school yearbook were published on the website Big League Politics, including ones that show an image of an unidentified person in blackface and an unidentified person in a Ku Klux Klan hood. Later that day Northam apologized for the photos, and acknowledged that the costumes were “clearly racist and offensive.” He said in a statement that he was in one of the costumes but later said he was not in the photo.

Politicians on the state and national level, as well as political organizations, have called for his resignation.

Lieberman in an interview with CNN’s Jim Sciutto on “Newsroom,” asked if Northam should resign, also said: “One, he says he wasn’t in that picture. Two, I think we ought to fairly ask him, ‘Did he know the picture was on his page of that yearbook?” And then three, really he ought to be judged in the context of his whole life.”

Lieberman, the Democratic Party’s vice presidential nominee in 2000, added: “And I think he deserves a chance to prove what really is his essence — not to rush him out of office, unfortunately, for political reasons.”