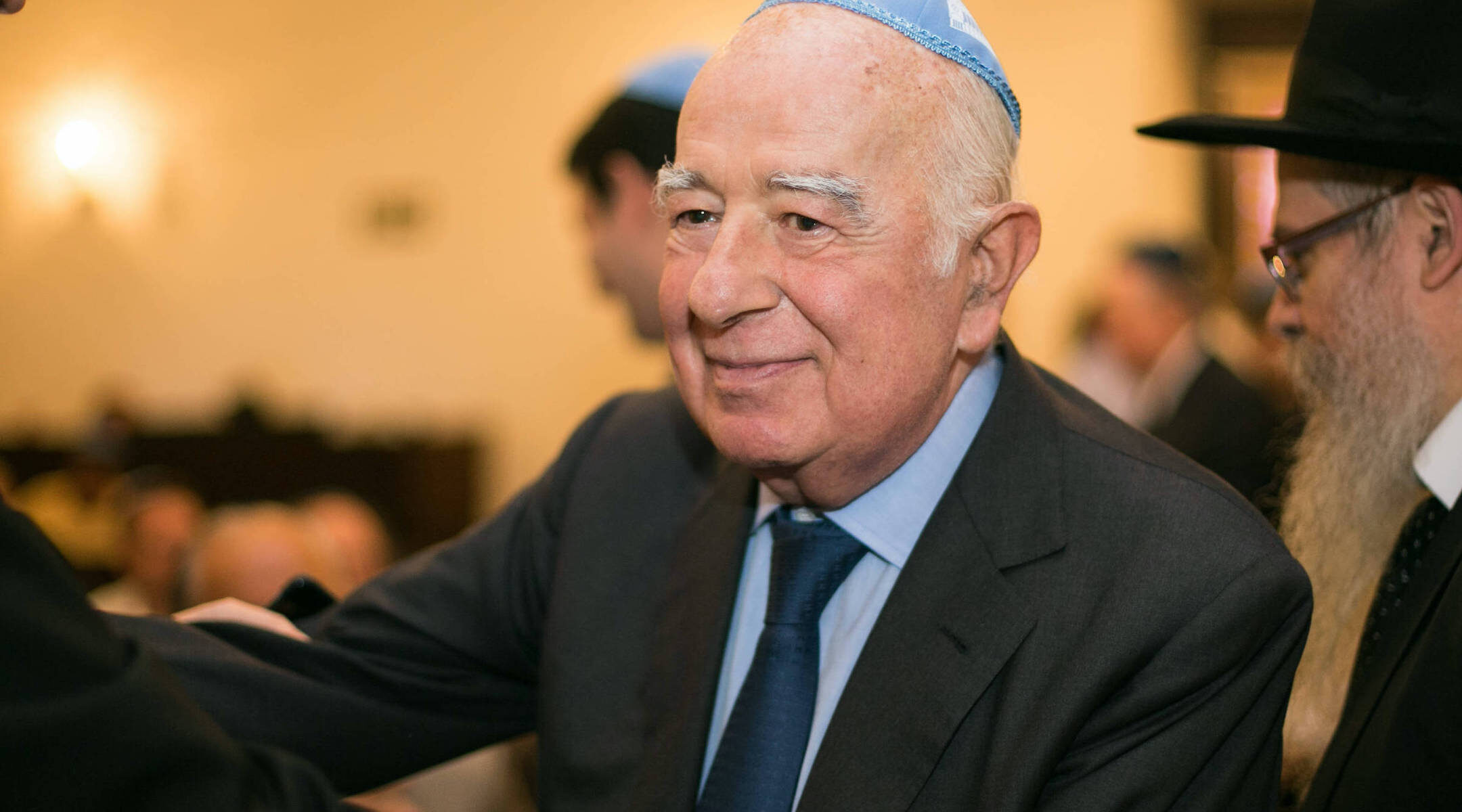 (JTA) — Joseph Safra, Brazil’s wealthiest person and a philanthropist to Jewish causes in Brazil and worldwide, died Thursday in Sao Paulo at 82.

Safra died of natural causes, according to his family.

Safra was the richest banker in the world and the 39th-richest person, according to Forbes magazine, with a fortune estimated at $23.2 billion at the time of his death. He was also a leading philanthropist in Brazil’s 120,000-strong Jewish community.

The family moved to Brazil in 1952, when Safra was 14. Three years later his older brother, Edmond, and father Jacob started working in Brazil by financing assets in Sao Paulo. Edmond later separated from brothers Joseph and Moise and headed to New York, where he founded the Republic National Bank of New York. Edmond died in a fire set by his nurse in 1999; Moise died in 2014.

In 2013, Joseph Safra’s family acquired more than a dozen properties in the United States, primarily in New York City. They also own a portfolio of commercial real estate in Brazil. In 2014, Safra paid more than 700 million pounds, about $930 million, to buy The Gherkin, one of the most distinctive towers in the City of London.

He is survived by his wife, Vicky; his children Jacob, Esther, Alberto and David; and 14 grandchildren.

Tributes poured in for Safra from around the world Thursday, including from the Brazilian Israelite Confederation, the country’s umbrella Jewish organization, and the Sao Paulo Jewish federation.

“Mr. José, as he was called, planted seeds that he developed and will continue to bear the fruits of our community for several generations,” said Luiz Kignel, president of the Sao Paulo Jewish federation, which represents the city’s 60,000 Jews.

“Joseph Safra was an illustrious representative of our community and a source of inspiration and character for entrepreneurs and executives in our country,” said Renato Ochman, president of the Brazil-Israel Chamber of Commerce.