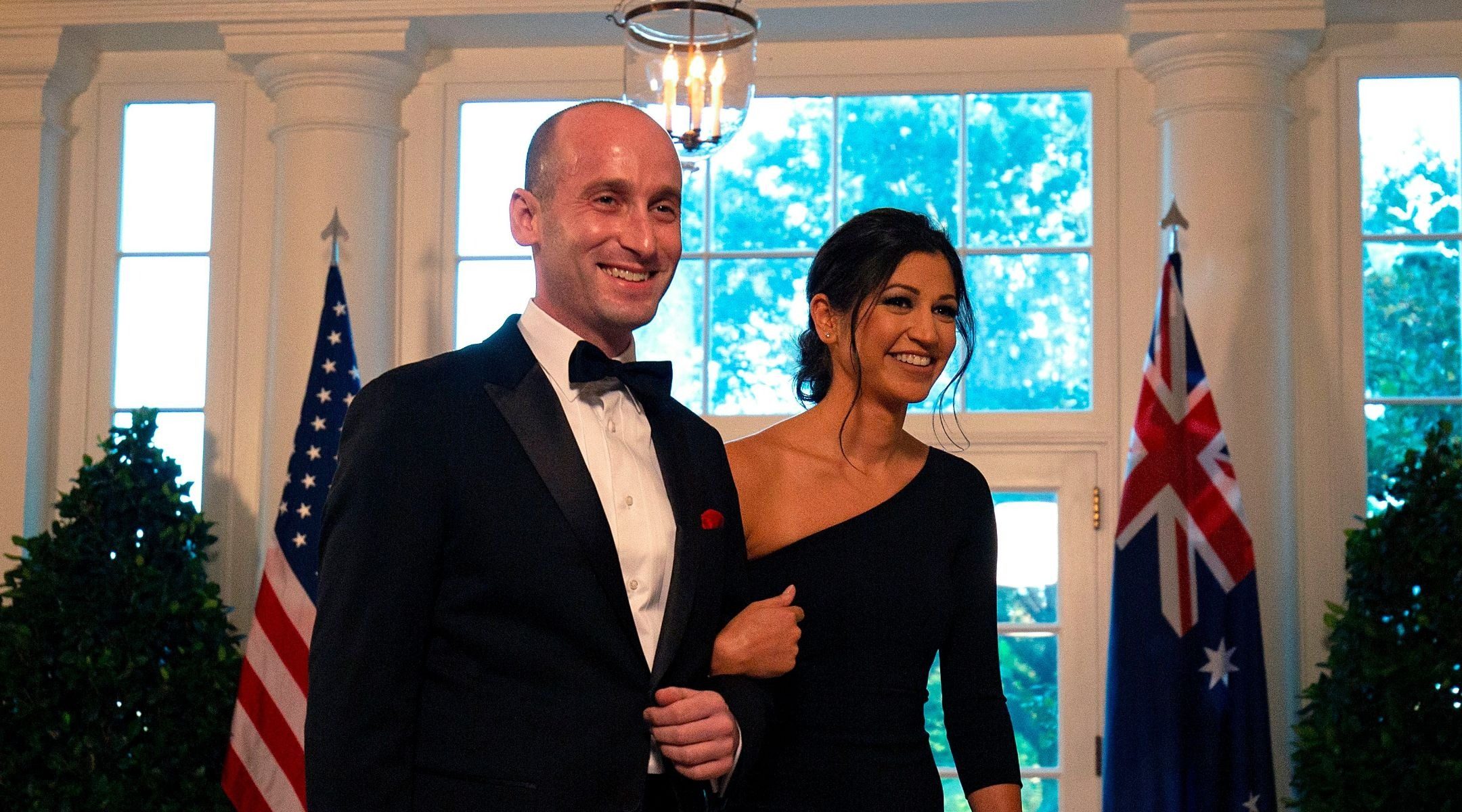 WASHINGTON (JTA) — Katie Miller, the wife of presidential adviser Stephen Miller and the spokesperson for Vice President Mike Pence, has tested positive for the coronavirus.

President Trump confirmed the positive test in a meeting with Republican Congress members but added that he has not been in touch with her. However, the news has big implications: her husband, who handles speechwriting and immigration policy duties, is one of Trump’s closest advisers.

Trump and Pence are tested daily for the virus.

News of Miller’s positive test delayed Pence’s scheduled departure Friday to Des Moines, Iowa, for more than an hour, and several staffers who had been in contact with her left the plane.