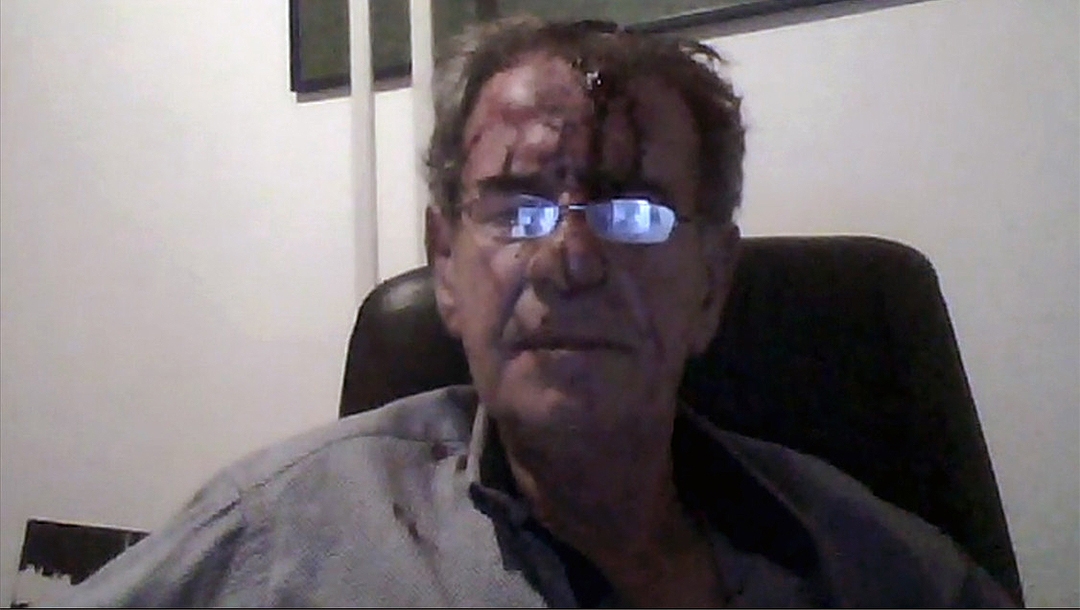 Dutch-Jewish Tob Cohen after a fight with his wife in 2019 near Nairobi, Kenya. (Courtesy of the family)
Advertisement

(JTA) — Police in Kenya arrested the wife of a Dutch-Jewish businessman who went missing last month in Nairobi on suspicion of murder.

Sarah Wairimu Kamotho was placed under arrest earlier this week, the news site AD reported Thursday. She has denied any knowledge about his disappearance.

Cohen immigrated to Kenya in 1987 as an employee of the Philips electronics firm. He went into business for himself in Kenya, launching a successful travel agency that specialized in golf safari trips.

He married Wairimu Kamotho, 52, who was his personal assistant at the agency, in 2007.

The couple’s relationship has deteriorated in recent years and they were looking into divorcing, according to AD. They had fought frequently.

After one fight earlier this year, Cohen took a picture of himself with blood dripping on his face from a wound in his forehead that he told his sister was the result of his wife shoving him forcefully. Both he and his wife filed complaints about domestic violence to police over the incident.

Wairimu Kamotho is the owner of a hotel that she had built recently in her native city of Nyeri. The construction began without Cohen’s knowledge and developed into a business dispute that complicated their marital problems, according to the paper.