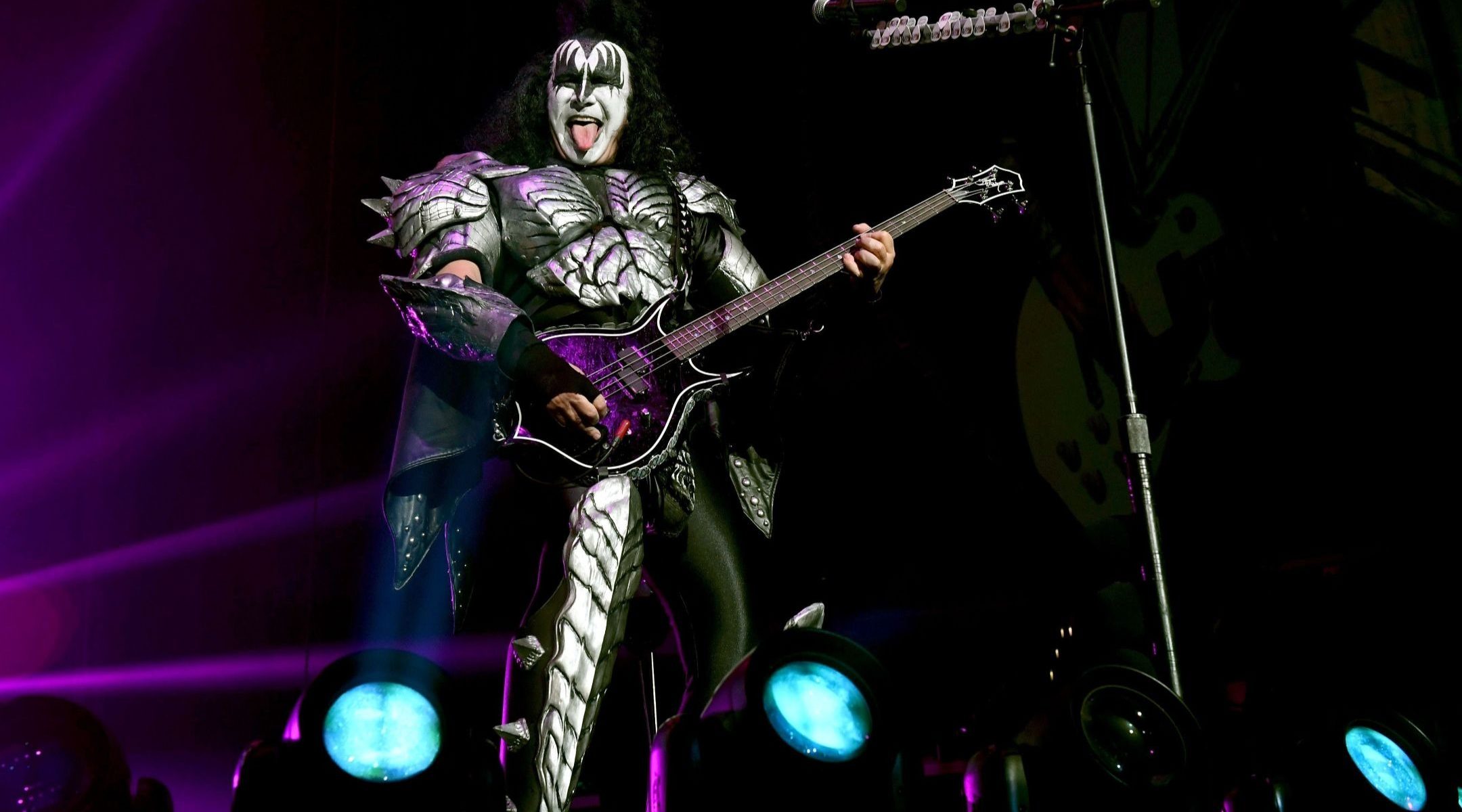 A German newspaper has provided him with plenty more information.

Bild am Sonntag presented the Israel-born rock star with 100 pages of documents about his mother’s ordeal, including her impact statement, to mark the 75th anniversary of her liberation.

Flora Klein, a native of Hungary, was 19 when American troops liberated the Mauthausen camp on May 5, 1945. She died at 93 in the United States.

In her statement to the former Restitution Office in Koblenz, Klein wrote: “In November 1944, I was brought to the Ravensbruck concentration camp. I lived there in block no. 21 and worked in the fields, gathering potatoes outside the camp. I wore old civilian clothes with a white oil (paint) cross painted on the back, in a camp surrounded by barbed wire and guarded by the SS.”

Klein was transferred to the Venusberg subcamp of the Flossenburg concentration camp in January 1945, and arrived at Mauthausen in March that year.

“She was strong,” Simmons told Bild in an interview published Sunday as he read the documents. “She fought all of this on her own.”

He also found his grandmother’s name among the documents. Ester Blau died in the Nazi gas chambers

His mother married a carpenter, Jechiel Weitz, in 1946 and a year later they immigrated to Israel. Simmons was born Chaim Weitz in Haifa in 1949. His parents later divorced and Simmons’ mother brought him to New York in 1958.

Simmons warned that people should not forget the about the Holocaust.

“It can happen again and again. That’s why you have to talk about everything,” he said. “When Jews are advised to no longer wear the kippah on the streets. At least this is being addressed. The same applies to the Muslims. As long as you talk about things, there is a chance. When you see cockroaches in the kitchen, you must point the light at them so you can see them clearly. And you must drive them out of the light.”