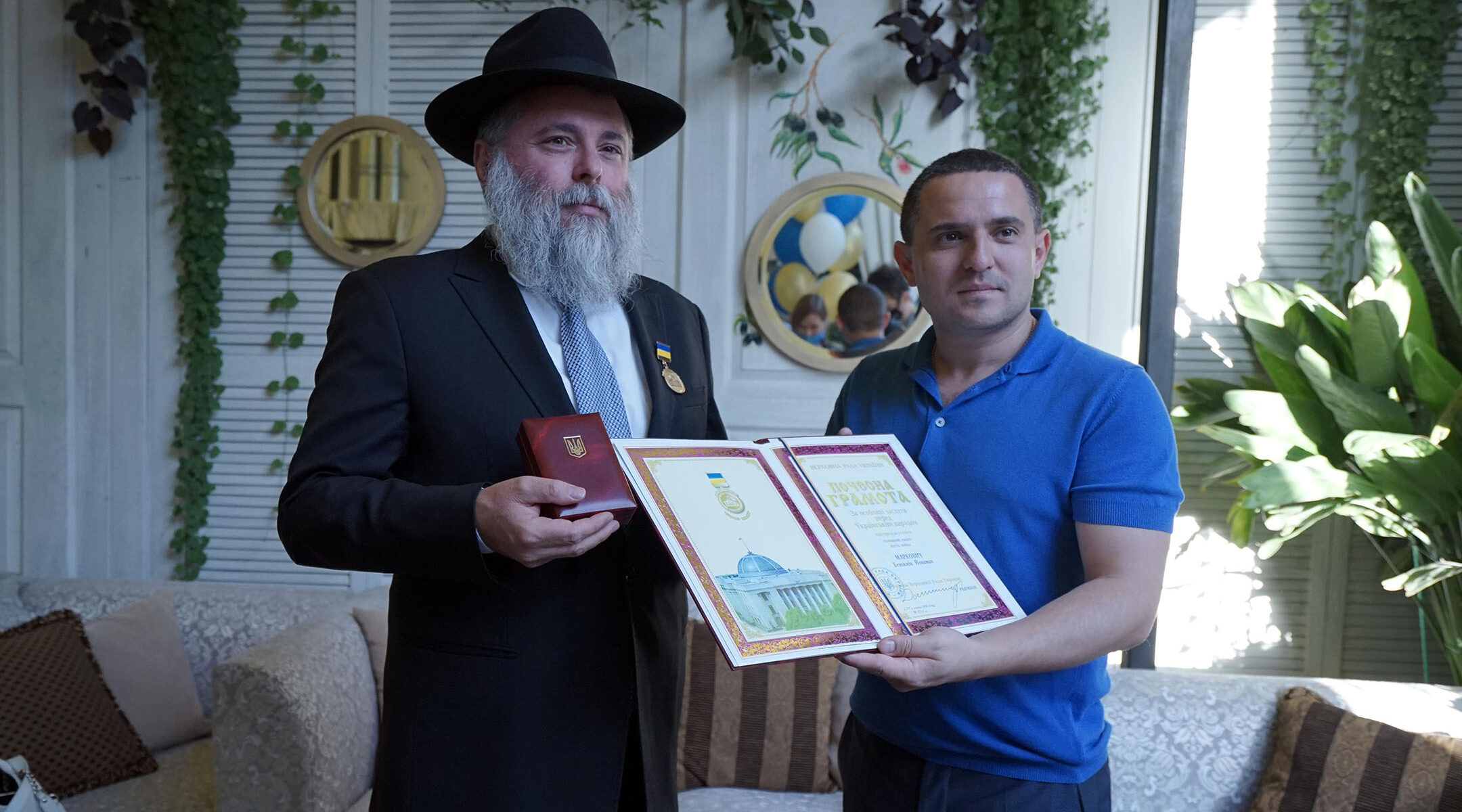 Rabbi Yonatan Markovitch, left, holds up a medal and a certificate he received at the parliament of Ukraine in Kyiv, Sept. 7, 2020. (Courtesy of Markovitch)
Advertisement

(JTA) — Ukraine’s parliament presented a Kyiv rabbi with its Medal of Honor — apparently a first for a Jewish religious leader.

Yonatan Markovitch, an emissary of the Chabad-Lubavitch movement, received the Medal of Honor of the Parliament at a ceremony Monday. The rabbi’s office noted the history-making aspect in a statement.

The medal is given to “outstanding individuals in the world of science, culture, and art,” the parliament’s website said, as well as to the public leaders who made an important contribution to Ukrainian public and the state.

Markovitch, 53, has served in his native Ukraine for over 20 years. His family immigrated to Israel in 1972, and he was a major in the army there. He moved back to Kyiv, the capital, with his family in 2000.