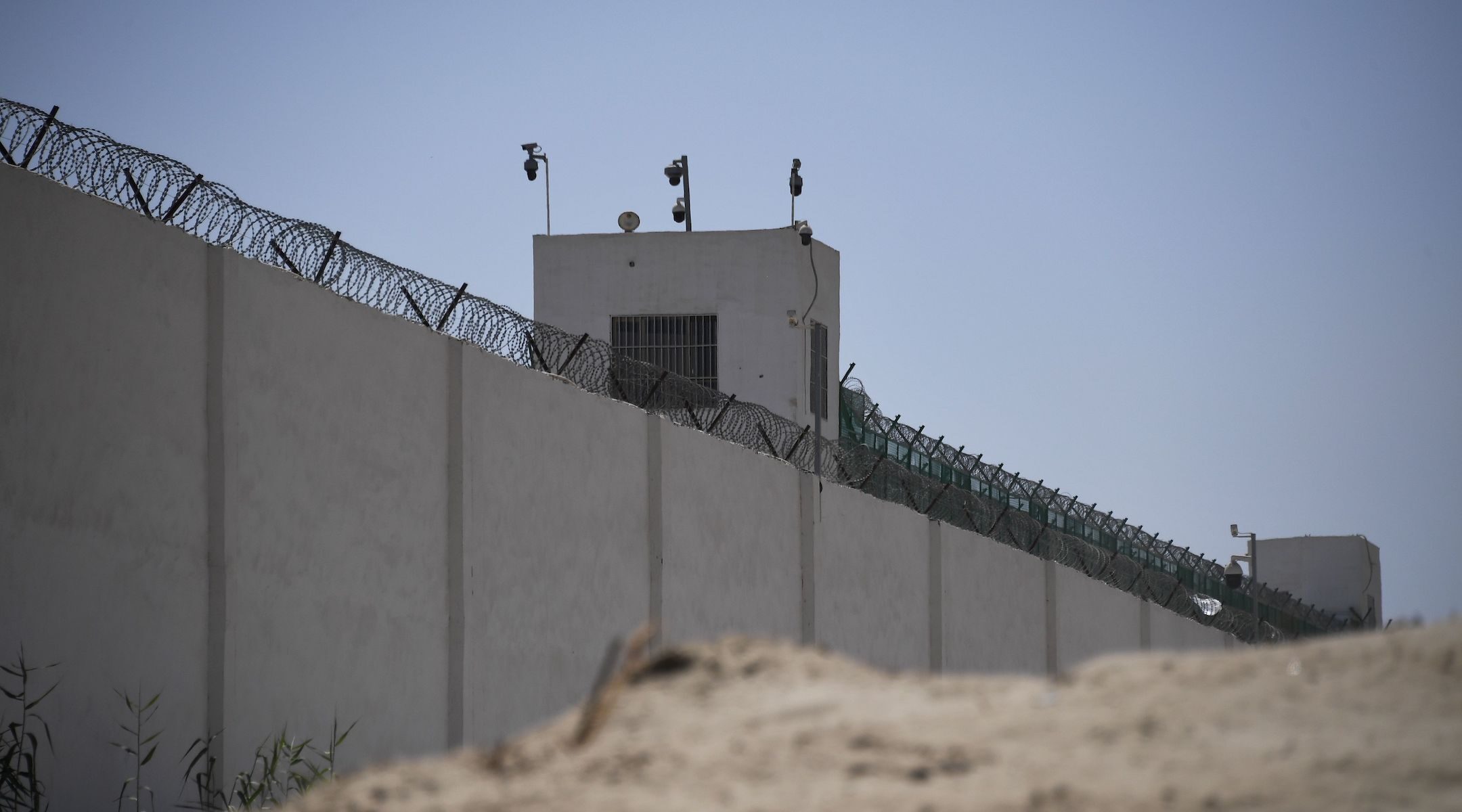 This photo taken on May 31, 2019 shows the outer wall of a complex that includes what is believed to be an internment camp full of ethnic Muslims on the outskirts of Hotan, in China's northwestern Xinjiang region. (Greg Baker/AFP via Getty Images)
Advertisement

(JTA) — A diverse group of rabbis in Los Angeles has written their congressman to urge him to take action in support of China’s Uighur Muslims.

The letter sent last week to Rep. Ted Lieu, a Democrat, represents the spectrum of Jewish belief, joining Orthodox, Reform, Reconstructionist and Conservative rabbis. Sixteen rabbis and a cantor signed the letter to Lieu, whose district covering much of western Los Angeles County has a substantial Jewish population.

Jewish activists have recently taken a higher profile, particularly in Britain, in advocating on behalf of the Uighurs, who for the last four years have faced increased repression in China, including being forced into camps.

The rabbis ask Lieu to co-sponsor existing legislation that would ban entry into the United States of goods manufactured by Uighurs kept in detention camps.

“Your support for this legislation is absolutely crucial to ensure that our fight to prevent further atrocities against this long-persecuted group will be successful,” said the letter, which was initiated by Rabbi Pini Dunner of the Young Israel of North Beverly Hills Synagogue.

It also urges Lieu to work with Jewish World Watch, an Encino, California-based group that campaigns against genocide and recently launched a campaign on behalf of the Uighurs.