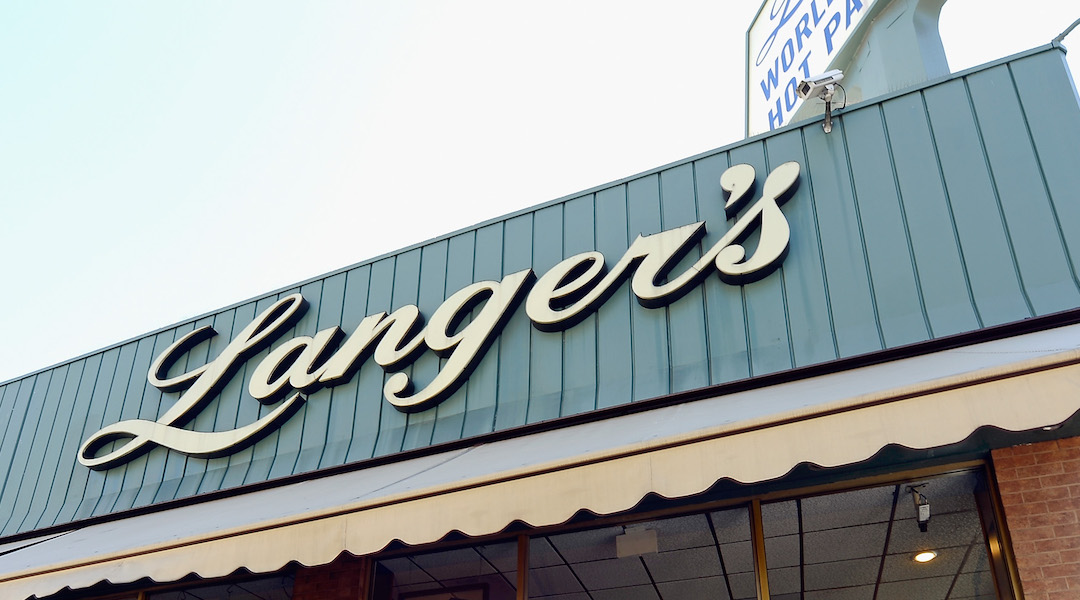 (JTA) — Langer’s Deli, a well-known kosher-style restaurant in Los Angeles, has denied kicking out a couple for sharing a same-sex kiss.

A woman posted on social media this week that the restaurant’s owner, Norm Langer, kicked her and her partner out during their meal on Saturday after they kissed in the restaurant. The woman wrote in a post that was screenshot that Langer called them “selfish and inconsiderate” and waited by their table while they paid their bill and left.

“My date and I had finished eating and we shared a kiss in our booth,” wrote the woman, who was not named. “Suddenly a man with a walkie-talkie was standing at our table. He introduced himself as Norm Langer and told us that he ‘can’t have this in his restaurant because some of the customers don’t understand.'”

Langer’s denied that the issue was the couple’s sexual orientation.

“We have a long-standing policy against anyone from ‘making out’ whether straight or same-sex couples, it does not matter,” the deli wrote Thursday in a Twitter post. “I have stopped heterosexual couples from making out, and I would do the same if Prince Harry and Meghan Markle were making out.”