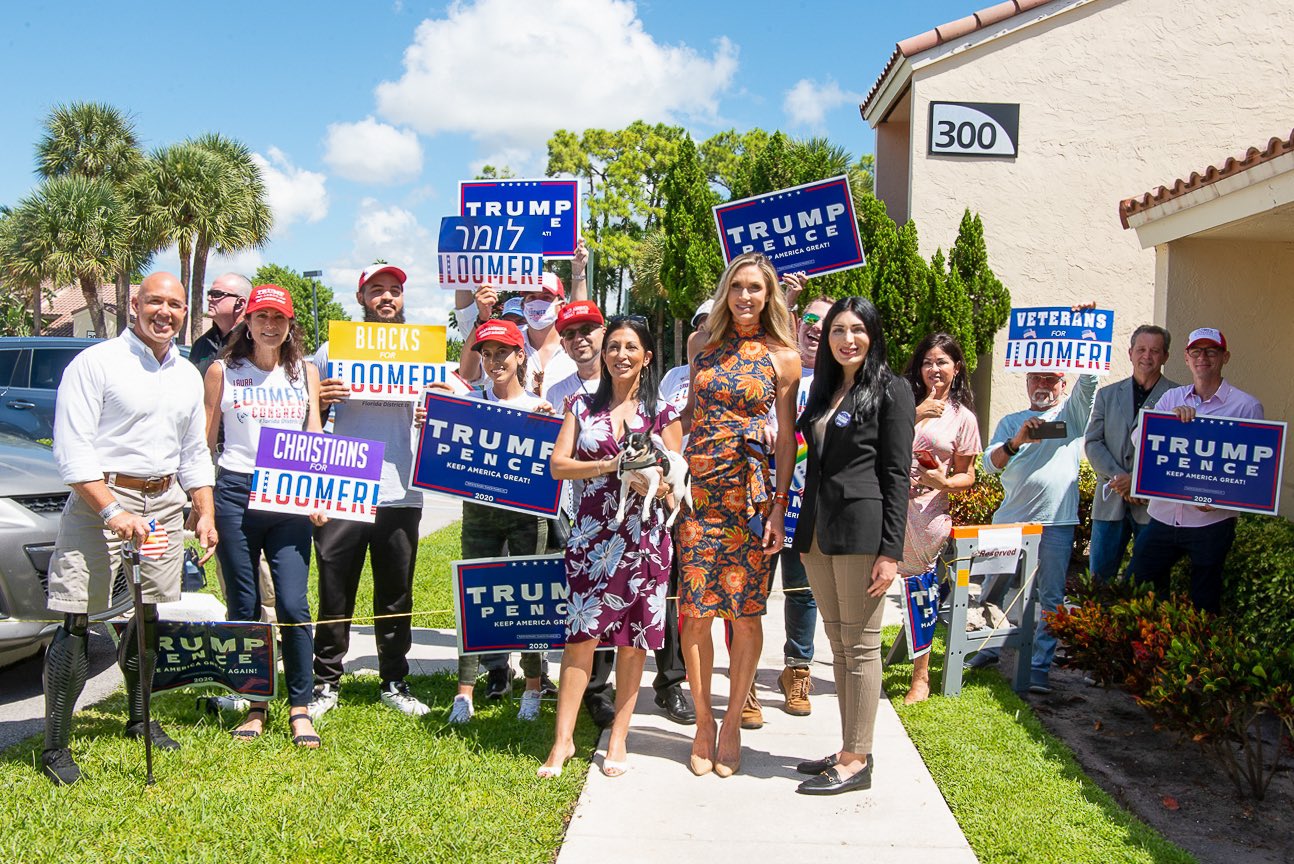 Lara Trump, front and center, campaigned with Laura Loomer, on the right. Loomer is the Republican congressional candidate in the Florida district that includes President Trump's Mar-a-Lago resort. (Twitter)
Advertisement

(JTA) — Laura Loomer, a Jewish Republican congressional candidate in Florida with a history of bigoted statements, got a friendly visit on the campaign trail from Lara Trump, the president’s daughter-in-law.

Loomer, a conspiracy theorist who has described herself as a “proud Islamophobe,” is the Republican nominee in Florida’s 21st District, a liberal area currently represented by Democrat Lois Frankel that also includes Mar-a-Lago, President Donald Trump’s resort. Loomer has been banned from Twitter and Facebook for her far-right activism, and has also been banned by the rideshare apps Uber and Lyft for complaining about Muslim drivers.

In 2017, before she was banned from Twitter, she tweeted, “Good. Here’s to 2,000 more,” in response to news that more than 2,000 migrants had died crossing the Mediterranean Sea, according to a screenshot captured by CNN anchor Jake Tapper.

Lara Trump, Eric Trump’s wife, visited Loomer’s campaign Tuesday and posed with her. In August, President Trump tweeted his support for her campaign after she won the Republican primary.