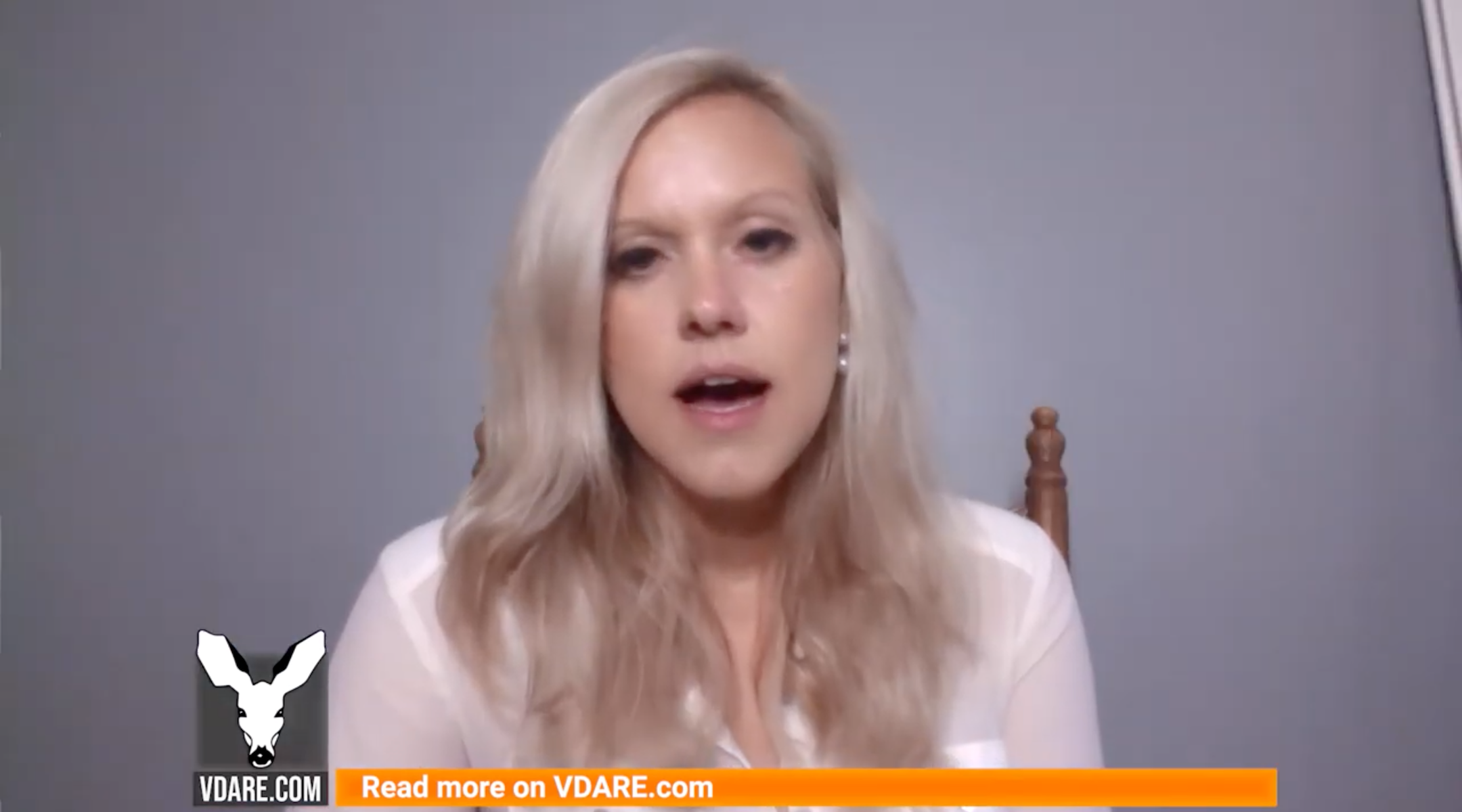 (JTA) — The Republican nominee in Delaware’s Senate race called for an “immigration moratorium” on a website with ties to white supremacists.

Lauren Witzke, who is running against incumbent Sen. Chris Coons, a Democrat, calls for a drastic reduction in immigration to the United States. In a recent interview, she aired those views on VDARE, an anti-immigrant site that the Anti-Defamation League says is a “xenophobic website” that “regularly publishes articles from white supremacists and anti-Semites.”

Witzke blamed immigrants for drug addiction and job loss in the United States, and said “our country is being dismantled.” Using a term that has been wielded as an anti-Semitic dog whistle, she said most politicians do not share her views because they are beholden to large donors.

“Talking about this matters, and that is worth far more to me than $6 million in the bank from a globalist donor class,” she said. $6 million is the amount of money Coons has raised, according to the campaign finance website OpenSecrets.

“People are so worried about being labeled a white supremacist when we are giving our country away to foreigners,” Witzke added. “They are dismantling our culture. They’re taking down our historical monuments. They’re voting against our interests.”

Witzke, 32, is seen as part of the Republican Party’s far-right fringe and as unlikely to mount a serious challenge to Coons, who has represented Delaware since 2010. She has been photographed wearing a shirt endorsing QAnon, the anti-Semitic conspiracy theory, though more recently she distanced herself from the theory, and one of her advisors has previously worked with openly anti-Semitic candidates.

The VDARE interview, conducted by editor Peter Brimelow, himself a British immigrant who has argued that immigration by nonwhites is hurting America, was published Sunday and first reported by the liberal media watchdog Media Matters for America. The Southern Poverty Law Center, which monitors hate, considers him a white supremacist.

Witzke tweeted out the interview, writing that, “In order to preserve America, we must first preserve American families, our values, and our culture.” In an email response to an inquiry from Media Matters, she wrote, “America is tired of Communist media outlets like CNN and the rest absurdly smearing Americans who want to limit immigration — including African Americans, Cubans, and Jews — as white nationalists or somehow fringe.”