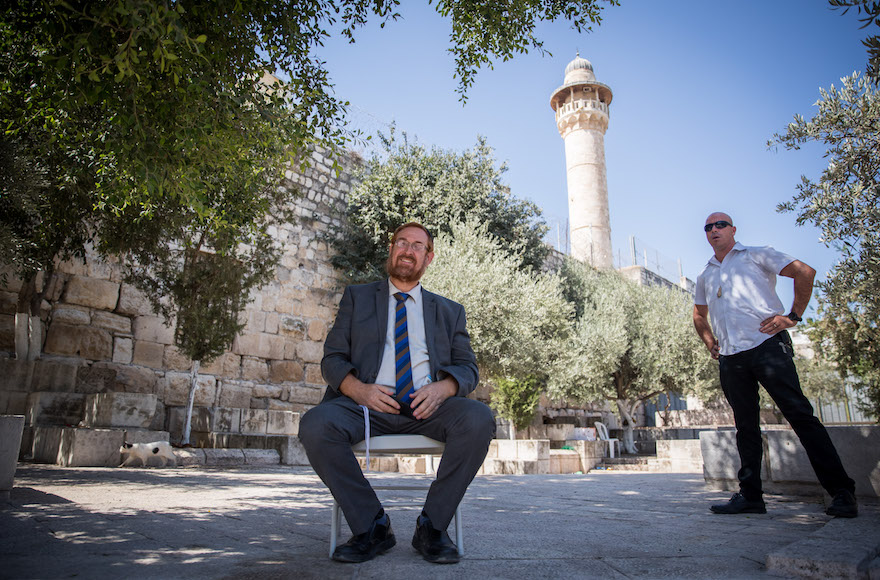 JERUSALEM (JTA) — While his Knesset colleagues are busy campaigning over the next three months, Likud lawmaker Yehuda Glick will have other things to worry about.

Like his wedding and setting up a new home.

Glick received a standing ovation in the Knesset plenum on Tuesday when he announced that he will remarry. His announcement came exactly a year after the death of his wife Yaffa, 51, six months after she suffered a severe stroke.

He will marry Hadas Disin, who runs Amitzim, a nonprofit that helps widows and orphans. Disin was widowed 17 years ago and has four children.

“Since I received love and encouragement from you in joy and mourning, I find it a pleasant duty to share with you a new development: I’m happy to inform you that Hadas and I decided to get married,” he said in his announcement.

Glick and his first wife had four biological children and two foster children, as well as two children from her first marriage.

In October 2014, Glick was shot in the chest in a failed assassination attempt by a member of Islamic Jihad as he left a Jerusalem city conference center, where he had spoken about the Jewish right to pray on the Temple Mount.

He was caught on camera in the courtyard of the Knesset celebrating his announcement with a dance.