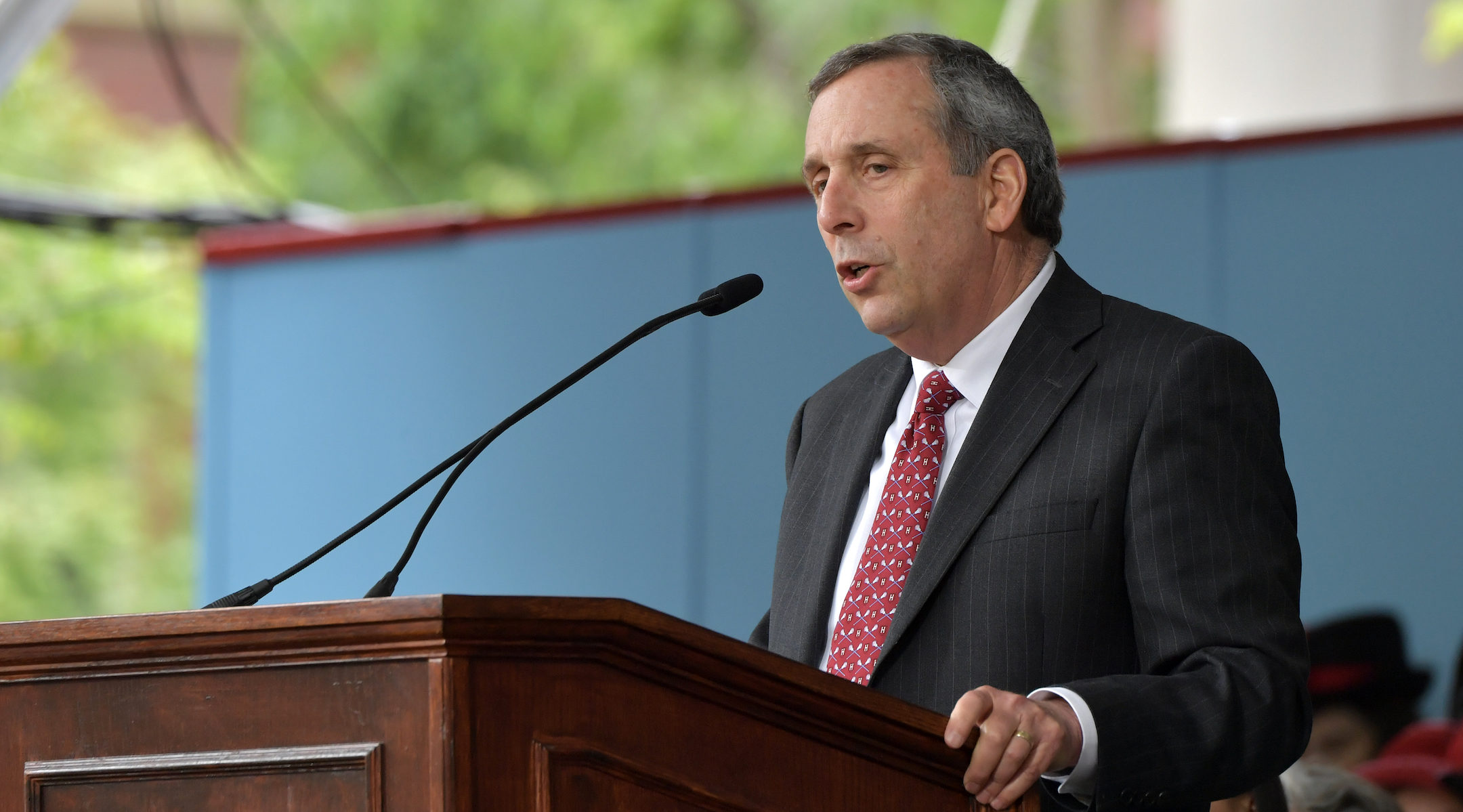 Bacow, the third Jewish president of the Ivy League university, announced the news Tuesday in a letter to the school’s community.

Bacow, whose mother was a Holocaust survivor, wrote in the letter that the virus can “lay anyone low,” and urged the community to be vigilant and follow the guidelines to limit contact with others.

“The world needs your courage, creativity and intelligence to beat this virus — wishing each of you good health,” he concluded.

Bacow said he and his wife did not know when they contracted the disease but began experiencing symptoms Sunday — coughs, fevers, chills and muscle aches — and contacted their physicians Monday morning. They were tested that same day and received results on Tuesday, according to the letter.

The couple had been working from home and limiting their contacts since March 14, following the recommendations for social distancing, the letter said. Now, they will entirely isolate for two weeks.

A total of 18 members of the Harvard community have tested positive (or “presumptive positive”) for the coronavirus, according to the school.

Like many colleges and universities, Harvard has sent students home, brought classes online and canceled graduation because of the pandemic.