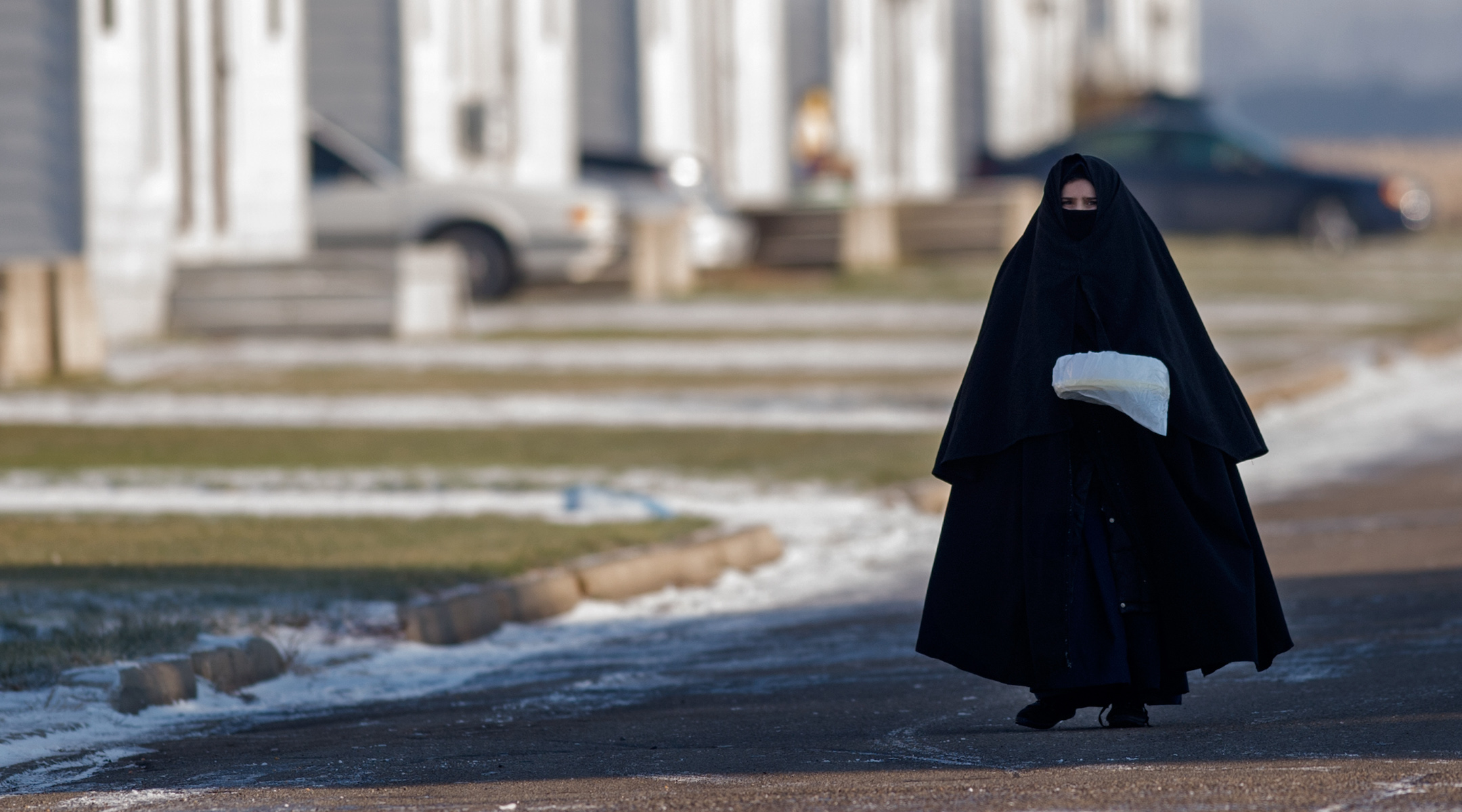 A young woman and member of the Lev Tahor community in the Canadian city of Chatham, Ontario, Nov. 29, 2013. (Rick Madonik/Toronto Star via Getty Images)
Advertisement

(JTA) — A leader of an extremist haredi Orthodox Jewish group was arrested Sunday in Guatemala.

The late Rabbi Shlomo Helbrans founded Lev Tahor in the 1980s in Jerusalem, with the small group eventually taking root in Canada and then Guatemala. Some have deemed the sect a cult. It’s been referred to as the “Jewish Taliban,” as women and girls older than 3 are required to dress in long black robes covering their entire body, leaving only their faces exposed. The men spend much of the day in prayer and studying only specific Torah portions.

Lev Tahor subscribes to an ultra-strict version of kosher laws. Members do not partake in chicken because they believe that genetic engineering has rendered modern-day chickens nonkosher. Marriages between teenagers and older members are common.

Sect leaders have faced a long list of kidnapping charges over the years. In 2019, four members were indicted for kidnapping two children whose mother had escaped with them, wanting to return the children to Lev Tahor. The group had fled Canada to Guatemala in 2014 after coming under intense scrutiny by Canadian authorities for alleged child abuse and marrying off children.

Guatemalan authorities have been monitoring leaders of Lev Tahor leaders in recent years. Members of the group, which is anti-Zionist, have applied for political asylum in Iran.