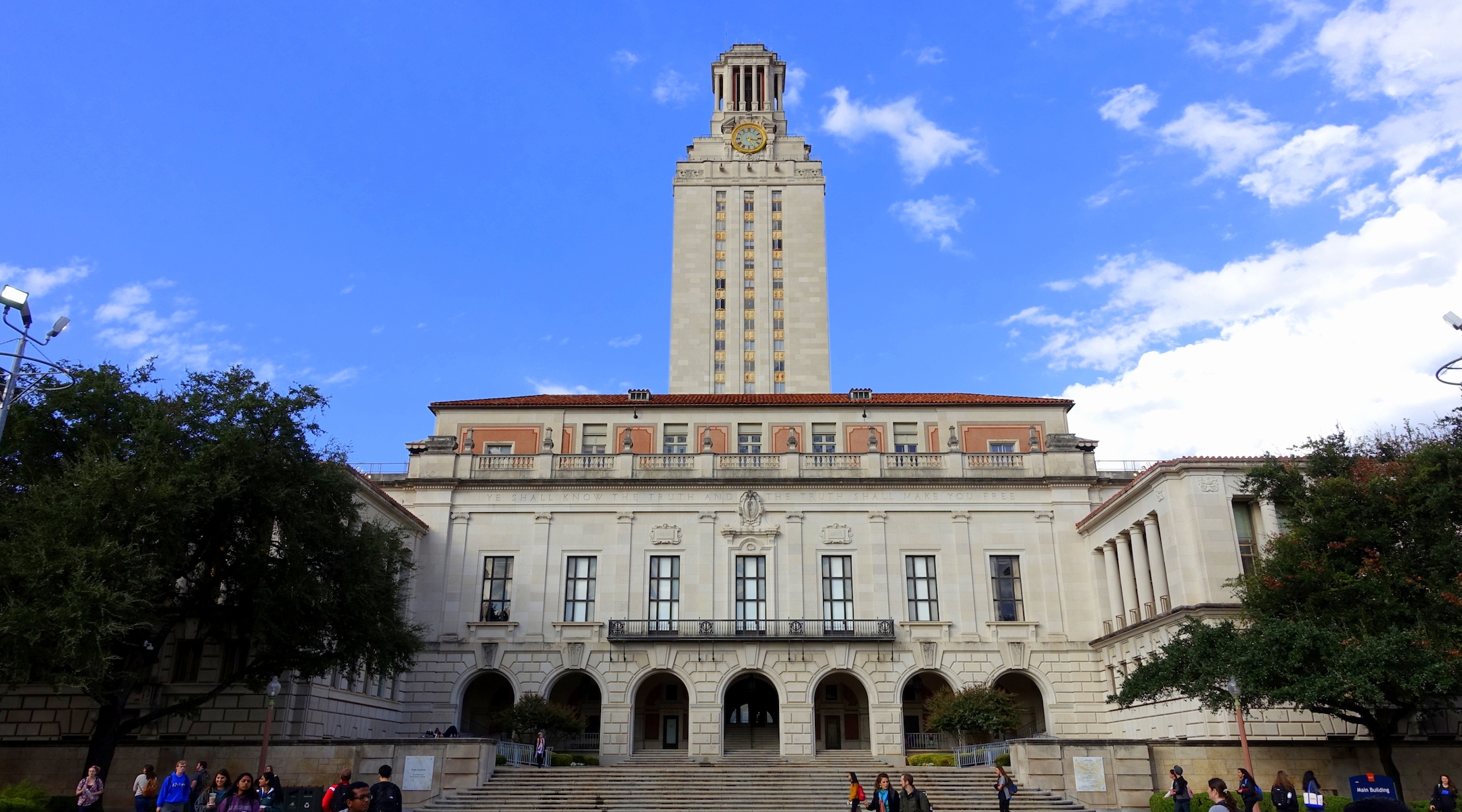 A view of the University of Texas at Austin. (Wikimedia Commons)
Advertisement

(JTA) — Members of a Jewish left-wing group protested a speech by a former Israeli soldier who spoke following Shabbat morning services at the Chabad Jewish Center at the University of Texas in Austin.

About a dozen protesters from the Austin chapter of IfNotNow sang protest songs and carried signs reading “Occupation is not moral” and “Moral combat? Moral disaster” as they protested in front of the center on Saturday morning.

Chabad Rabbi Zev Johnson charged in a blog post that the protesters took photos and videos of people entering the Chabad, including his young children, encouraged his children to join their protest, and prevented guests from entering the building. IfNotNow denies his version of events.

IfNotNow in a statement also objected to Chabad characterizing their actions as disrespecting Shabbat.

“We know our actions were only mischaracterized because we spoke out against the Israeli occupation,” the statement said.

“Why is IDF propaganda allowed in our communal spaces, let alone following Shabbat morning services? That is the real outrage here, not a bunch of Jews standing outside the building singing ‘Olam Chesed Yibaneh’ (We Will Build This World with Love),” the group also said in a tweet.

The soldier, Leibel Mangel, an American-born motivational speaker, spoke at lunch following services about visiting Auschwitz with his survivor grandfather, who he said stood up to the SS officer and physician Joseph Mengele during his internment there. He also spoke about his experience of being one of the soldiers to discover the bodies of three Israeli teens kidnapped and killed by Hamas in 2014, according to Johnson. He also led a discussion about morality in combat.

Johnson said the protesters “lied about the what was discussed, and exploited our Jewish community for cheap photos on social media.”