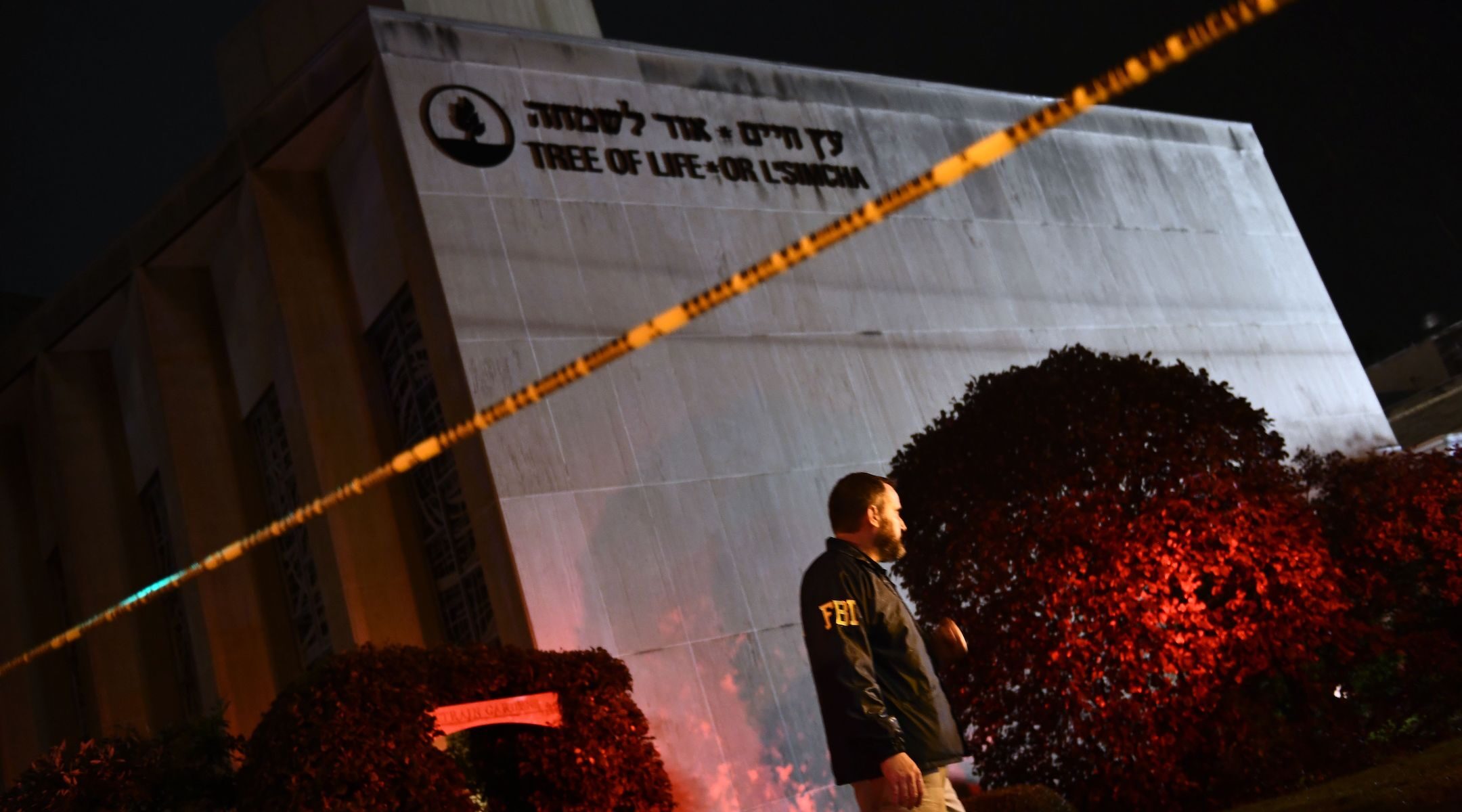 An FBI officer stands next to the Tree of Life synagogue in Pittsburgh following a deadly shooting there in 2018. A spike in anti-Semitic rhetoric online preceeded the shooting. (Brendan Smialowski/AFP via Getty Images)
Advertisement

The General Assembly budget passed last month effectively ended a five-year fund the state established in 2019, just after the Tree of Life massacre in Pittsburgh, to secure nonprofits.

The fund has so far distributed $10 million in grants of between $25,000 and $150,000 to organizations designated by the FBI as likely targets for hate crimes, including synagogues, churches and mosques.

A gunman killed 11 worshippers at the Tree of Life synagogue complex in October 2018, the worst attack on Jews in U.S. history. White supremacist activity has only increased in the Pittsburgh area since then.

“Jewish community leaders across the commonwealth are disappointed with the Pennsylvania General Assembly’s decision to defund security support for at-risk groups last week,” the Orthodox Union said in a statement Tuesday. “Although authorized to fund the nonprofit grant program through 2024, the legislature has now curtailed the five-year directive, zeroing out a resource demanded by the biased crimes and violence rampant in the country.”

The cut was one of a number of programs zeroed out as Republicans led the passage of a $40 billion budget that invests in education and infrastructure, but reserves about $5 billion for savings in order to keep taxes from rising.

Much of the reserved money comes from billions in federal stimulus funds directed to the state for coronavirus relief.

“How do you choose to be fiscally conservative and leave so many populations in need when you have excess dollars because of the federal stimulus dollars?” said Arielle Frankston-Morris, the executive director of Teach PA, an Orthodox Union project. “One of the hardest parts for me is going back to JCCs, synagogues and camps and saying, ‘I know you’re scared, but this year we don’t have the funding.'”