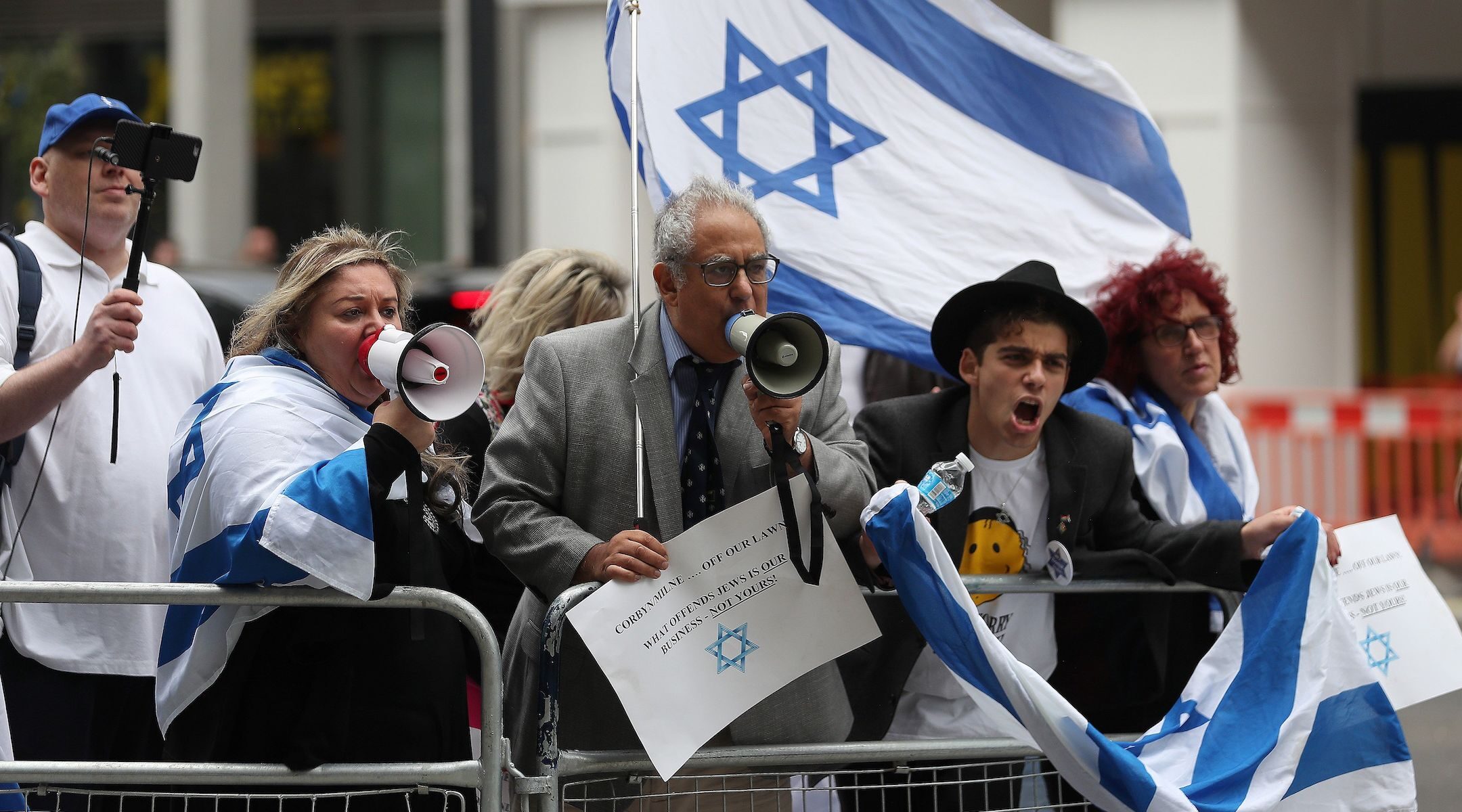 (JTA) — A group of liberal Jewish scholars is offering a definition of anti-Semitism that grants more leeway to Israel criticism than the one that Jewish groups are pressing governments to adopt.

The key difference in the definitions posted Tuesday by the Nexus Task Force, a project of the Knight Program in Media and Religion at the University of Southern California’s Annenberg School of Communication and Journalism, and the 2016 definition developed by the International Holocaust Remembrance Alliance is in applying double standards to Israel criticism.

The IHRA definition includes as an example of anti-Semitic Israel criticism “Applying double standards by requiring of [Israel] a behavior not expected or demanded of any other democratic nation.” A number of mainstream Jewish advocacy groups are pressing U.S. state governments and governments overseas to adopt the IHRA definition.

Critics have said the definition is too broad. The Nexus Task Force, formed in 2019 to address what it describes as a “disturbing trend to politicize and exploit antisemitism and Israel is growing in conservative and right-wing political circles” describes circumstances under which applying a double standard to Israel is not anti-Semitic.

“Paying disproportionate attention to Israel and treating Israel differently than other countries is not prima facie proof of anti-Semitism,” the Nexus definition says. “There are numerous reasons for devoting special attention to Israel and treating Israel differently, e.g., some people care about Israel more; others may pay more attention because Israel has a special relationship with the United States and receives $4 billion in American aid.”

The Nexus definition describes ways in which anti-Israel bias can manifest as anti-Semitism.

“It is anti-Semitic to treat Israel in a negative manner based off of a claim that Jews alone should be denied the right to define themselves as a people and to exercise any form of self-determination,” it says.

Authors of the Nexus document include Dov Waxman, a professor of Israel studies at UCLA; Tema Smith, the one-time coordinator of Canada’s National Task Force on Holocaust Education, Remembrance and Research; David Schraub, a lecturer at the Berkeley Law School and senior research fellow at the California Constitution Center; Matt Nosanchuk, the liaison to the Jewish community for the Obama White House; and Jonathan Jacoby, the director of the Nexus Task Force.