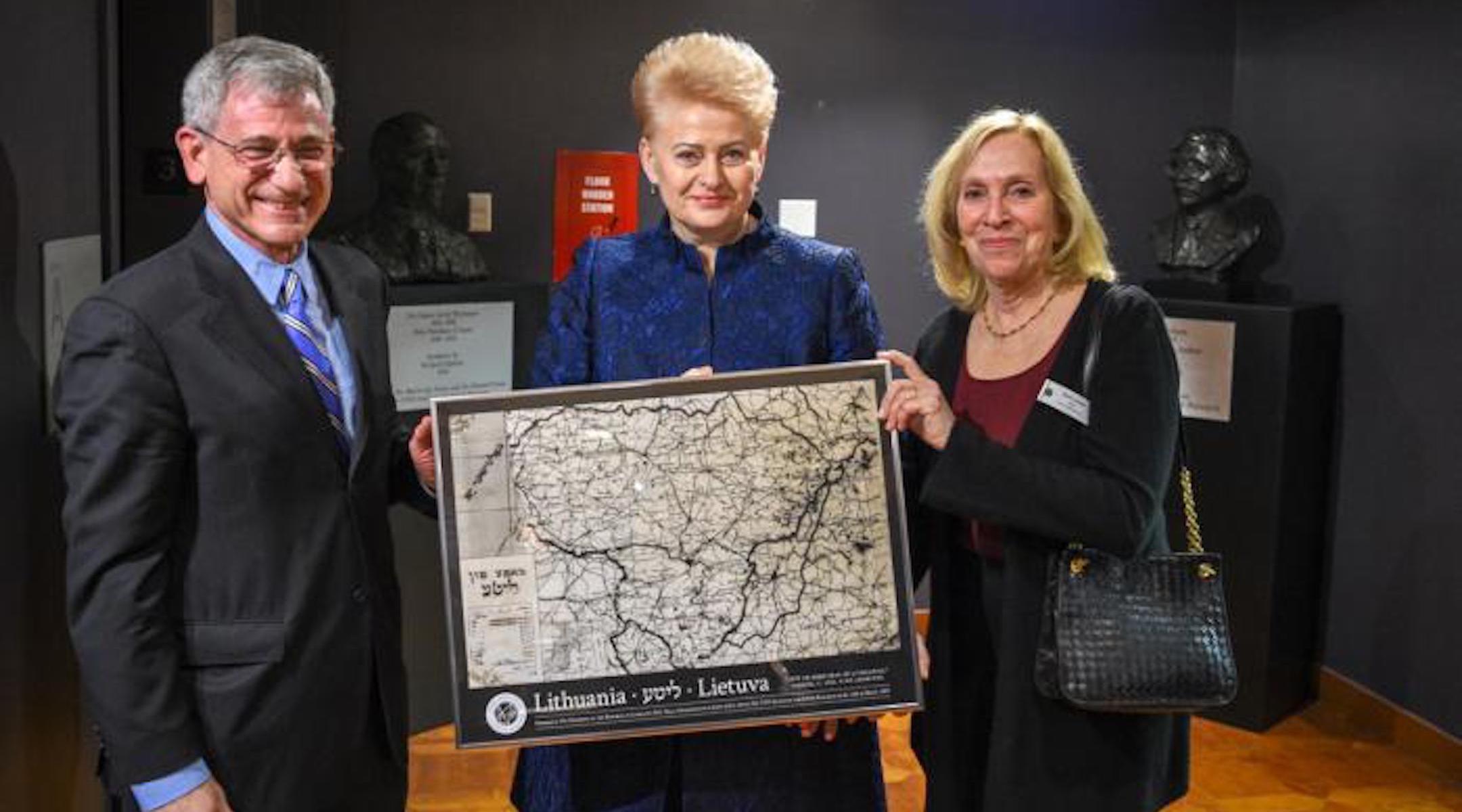 President Dalia Grybauskaitė visited the New York-based institute, which preserves Eastern European and Yiddish culture, on Tuesday. It was the first time a president of any country has visited YIVO.

The institute used to be based in Vilnius, now in Lithuania, but moved its headquarters to New York in 1940. It was looted by Nazis during World War II but YIVO managed to recover a significant portion of the documents after the war.

During Tuesday’s visit, Grybauskaitė met with the institute’s executive director, Jonathan Brent, and its board chairman, Ruth Levine. They discussed two joint projects — one that aims to digitize the YIVO pre-war collection and another to honor the upcoming 300th anniversary of the birth of Rabbi Elijah ben Solomon Zalman, a religious leader also known as the Vilna Gaon.

YIVO Chief of Staff Shelly Freeman said the visit demonstrated how seriously the Lithuanian government takes it relationship with the institute.

“We were the only organization aside from the U.N. that the president visited,” she told JTA on Friday, “and what their consul general made very clear to us is that it does signifies how important YIVO is and this project that we are doing to the Lithuanian government.”